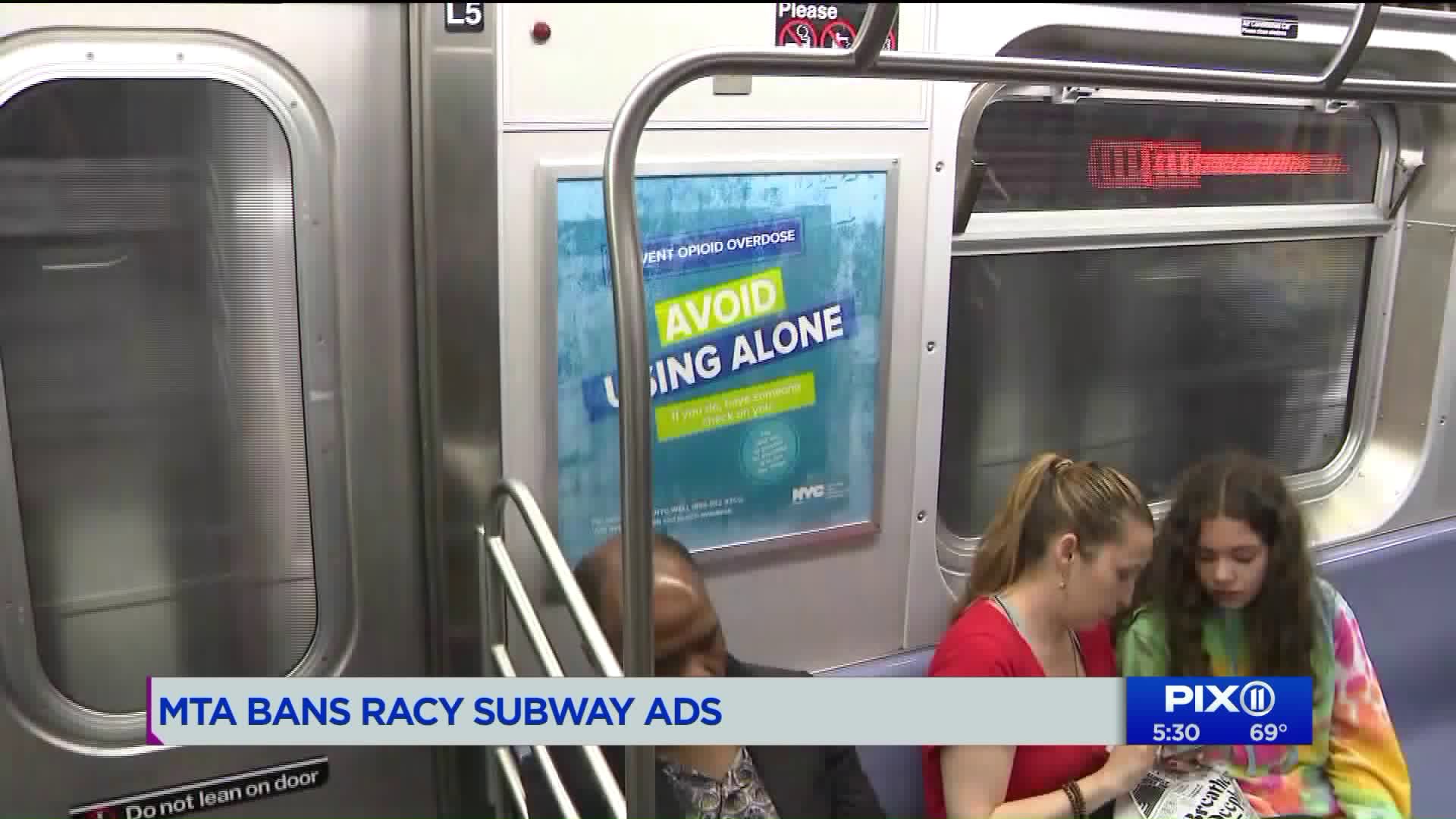 WILLIAMSBURG, BROOKLYN -- They're advertisements that inform women and their partners about healthy ways to promote their sexuality, according to the advertiser. The M.T.A. sees it differently, however, and after the transportation authority rejected the company's ads after months of working with the firm, that company says it has no choice but to sue the M.T.A. for gender discrimination.

The company, Dame Products, is a woman-owned company that designs and manufactures sex toys for women. Dame's co-founders say that on a public transportation system that allows ads that range from phallus-shaped cacti promoting erectile dysfunction medications to suggestive breast augmentation images, there's no reason not to show Dame's advertisements.

"When you treat male sexual function as health but female sexual pleasure as obscene," said Janet Lieberman-Lu in an interview, "the place that you're creating is where bad sex breeds."

Lieberman-Lu is the chief technical officer and chief product officer of Dame. The MIT graduate not only designed the company's line of sex toys, she also designed and built the 3-D printers on which the five year-old company produces its prototypes.

Lieberman-Lu's co-founder, CEO Alexandra Fine, said that she worked for four months with the MTA on a plan to display ads showing the line of sex toys of which the company has already sold hundreds of thousands of units. Dame had been seeking to expand sales with its ad campaign.

"They approved the advertisements," Fine told PIX11 News, regarding her interaction with the M.T.A. However, she said, at some point "they did not respond to us for four weeks, then came back with a letter."

It said that the MTA did not display ads that are "sexually oriented," according to Fine.

Subway passengers who spoke with PIX11 News after viewing some of the prototype ads created by Dame mostly found no problem with them.

"It's not offensive to me at all," said J. Van Buren, a mother who said that many other advertisements she sees on the subway are more sexual, including ads for the Museum of Sex. The museum carries Dame Products' sex toys, the company points out.

Some other straphangers' reactions form a theme.

"It is New York City, after all," said Sean McCann, after he said that he had no problem with the Dame ads.

Chanel Robinson, another subway passenger, agreed. "Get over it," he said. "It's New York."

Not everybody shared their viewpoint, however.

"Sex toys are private," said Claudette Mighty. "They're for adults. They're not to be exposed to the younger generation."

The company, however, said it's ultimately up to a court to decide.

"I hope that we can find a solution that works for everybody," Fine told PIX11 News.

The M.T.A. issued a statement about the situation: “We have not been served with this lawsuit and cannot comment on it directly, but their public statements are clearly inaccurate as the MTA’s advertising is in no way gender-based or viewpoint discriminatory. The MTA’s FAQs about its advertising policy clearly states that advertisements for sex toys or devices for any gender are not permitted, and advertising for FDA approved medication - for either gender - is permitted. In its proprietary capacity as the operator of a transit system used by all New Yorkers, the MTA is constitutionally entitled to draw reasonable content-based distinctions between different types of advertisements and to consider its diverse customers. We intend to vigorously defend this lawsuit and will be represented by the preeminent First Amendment lawyer Victor Kovner and his colleagues.”