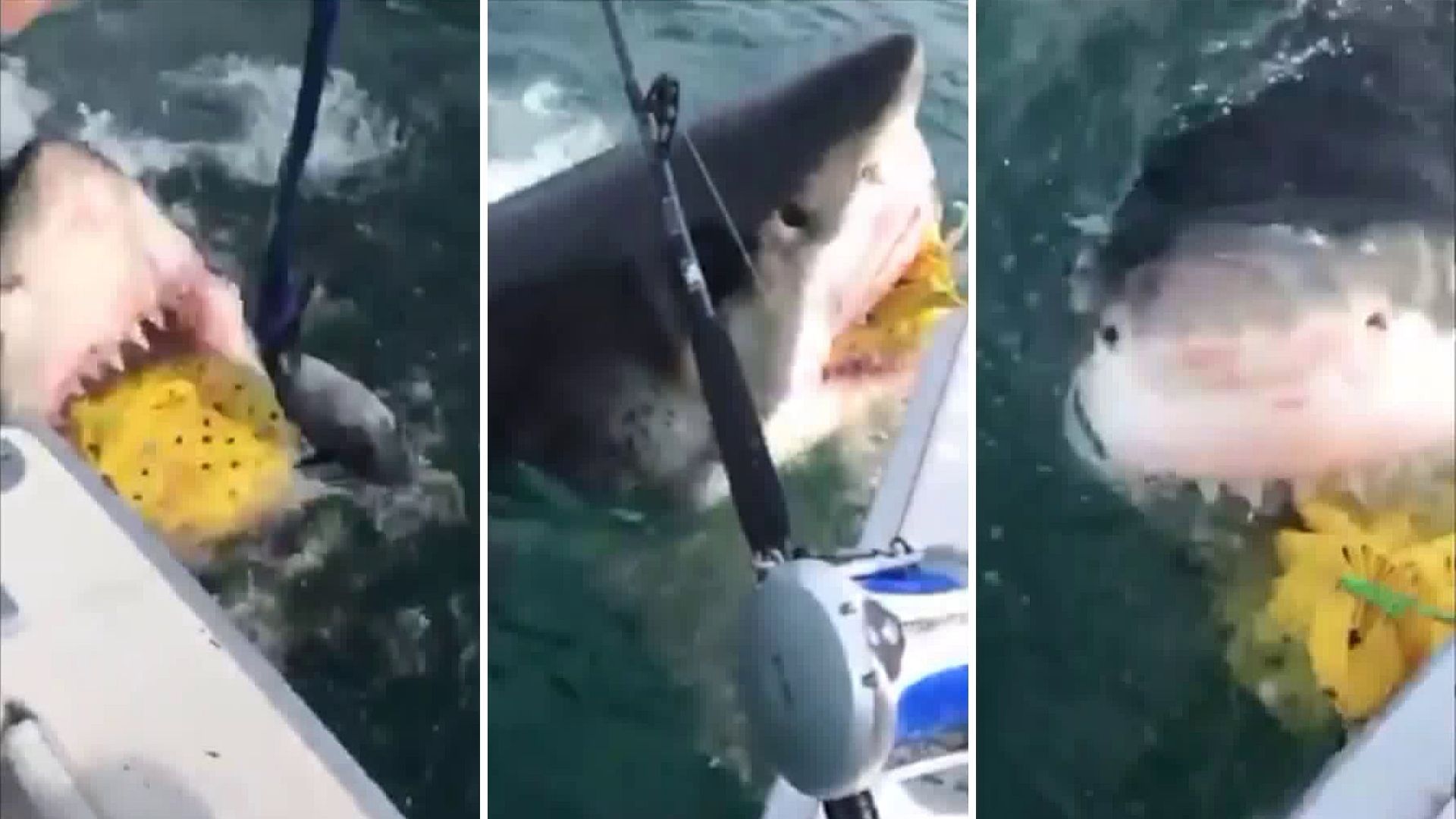 This isn`t a story about a wildlife documentary shot near Cape Cod or Nantucket, where you would expect to huge teeth on a long great white shark.

MANASQUAN — This isn’t a story about a wildlife documentary shot near Cape Cod or Nantucket, where you would expect to huge teeth on a long great white shark.

In fact, now viral footage at the heart of this story was shot right off the Manasquan inlet. Yes – the Jersey Shore.

Two brothers, Jeff & Scott Crilly were wrapping up their day’s competition in a local mako shark tournament Monday afternoon, when they spotted a huge great white, some 16 feet long. He even went to town on their chum bag.

“We saw like v-waves, little ripples, in the back of the slick. We’re like – there’s something in there,” said Jeff Crilly. “The shark would be from tail, here at the end of the boat – it’s head would be inside the boat… easily.”

“It could eat dinner with us,” added Scott.

There are scratch marks on the back of the boat. That shark was big enough and powerful enough to do some significant damage.

Here’s a thought to take with you the next time you’re in the water. Jeff spoke on the phone with a shark expert after this encounter, and he told him… that great white was probably not alone.

“He goes, if there’s one big one like that in the area – chances are there’s more. They’re not in a school – but they’re in the area,” said Jeff.

Scott added, “you’re putting small fish in the water, in the hopes of catching a bigger fish. That’s what it’s all about. Every time you go out, you try to get the biggest one you can.”

It’s not a mako shark for the tournament win…but the fact of the matter is, they were never going to get this big boy in their boat anyway.