De Blasio doubles down on defense of schools chancellor 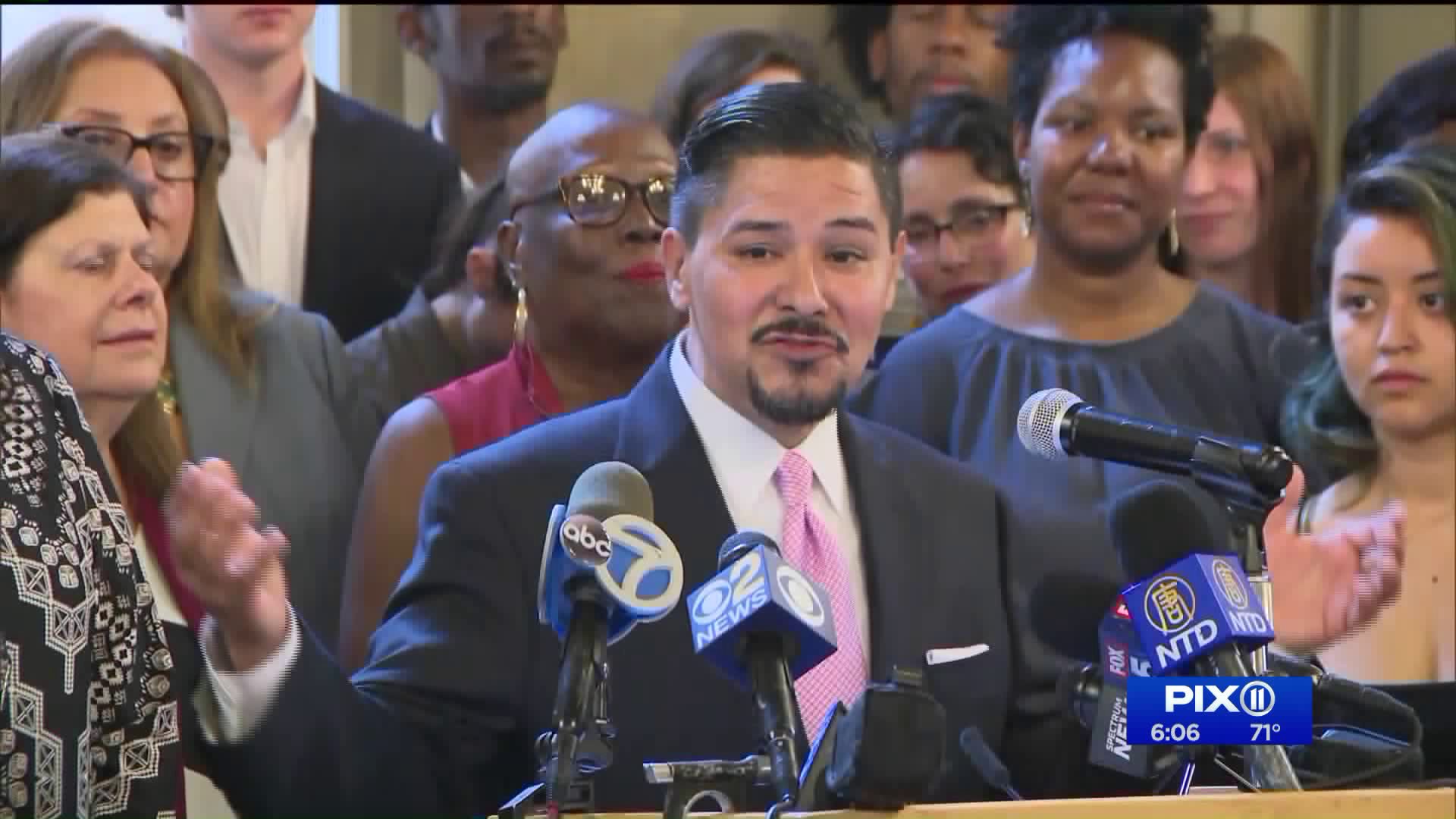 MANHATTAN — Protesters faced off near near City Hall Tuesday, with some defending NYC Schools Chancellor Richard Carranza, others calling for him to resign.

Over the weekend Councilman Robert Holden and 8 other city and state lawmakers sent Mayor Bill de Blasio a letter saying if Carranza continues to divide the city he should be replaced.

On NY1’s Inside City Hall Mayor Bill de Blasio said, “all the folks who signed that letter should be ashamed of themselves.”

In one of the most segregated school districts in the country Carranza has pushed for greater diversity. But a recent lawsuit against the city claims 3 Department of Education employees were demoted because they are white.

Councilman I. Daneek Miller defended Carranza saying “I think he is absolutely on the right course, that schools are doing better.”