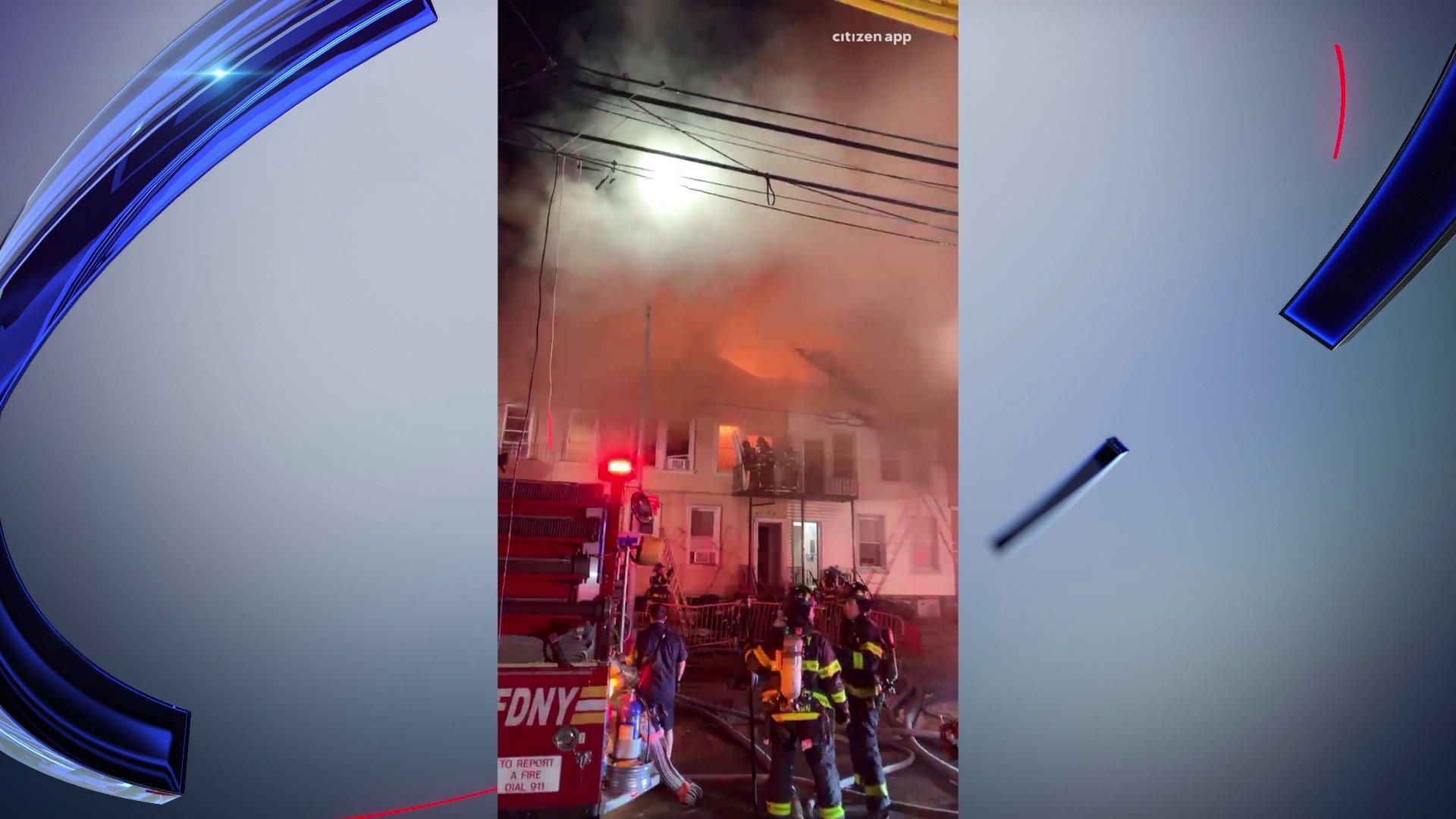 Two firefighters sustained minor injuries battling a three-alarm fire early Monday, June 17, that broke out just after midnight, the FDNY said. The fire was under control by 2 a.m. and no civilian injuries have been reported, authorities said. (Citizen App)

CONEY ISLAND, Brooklyn — Two firefighters were injured while working to put out a three-alarm fire in Brooklyn early Monday, the FDNY said.

The initial call for the fire came in just after midnight Monday, with the blaze originating at 2828 West 19th St. in Coney Island neighborhood of Brooklyn, fire officials said.

The fire, which grew to a three-alarm blaze, spread to two adjacent apartment buildings located at 2826 and 2830 West 19th St.

Firefighters had the flames under control just before 2 a.m.

The FDNY said two firefighters sustained minor injuries, while no civilian injuries have been reported.

There is no information about any residents displaced at this time.