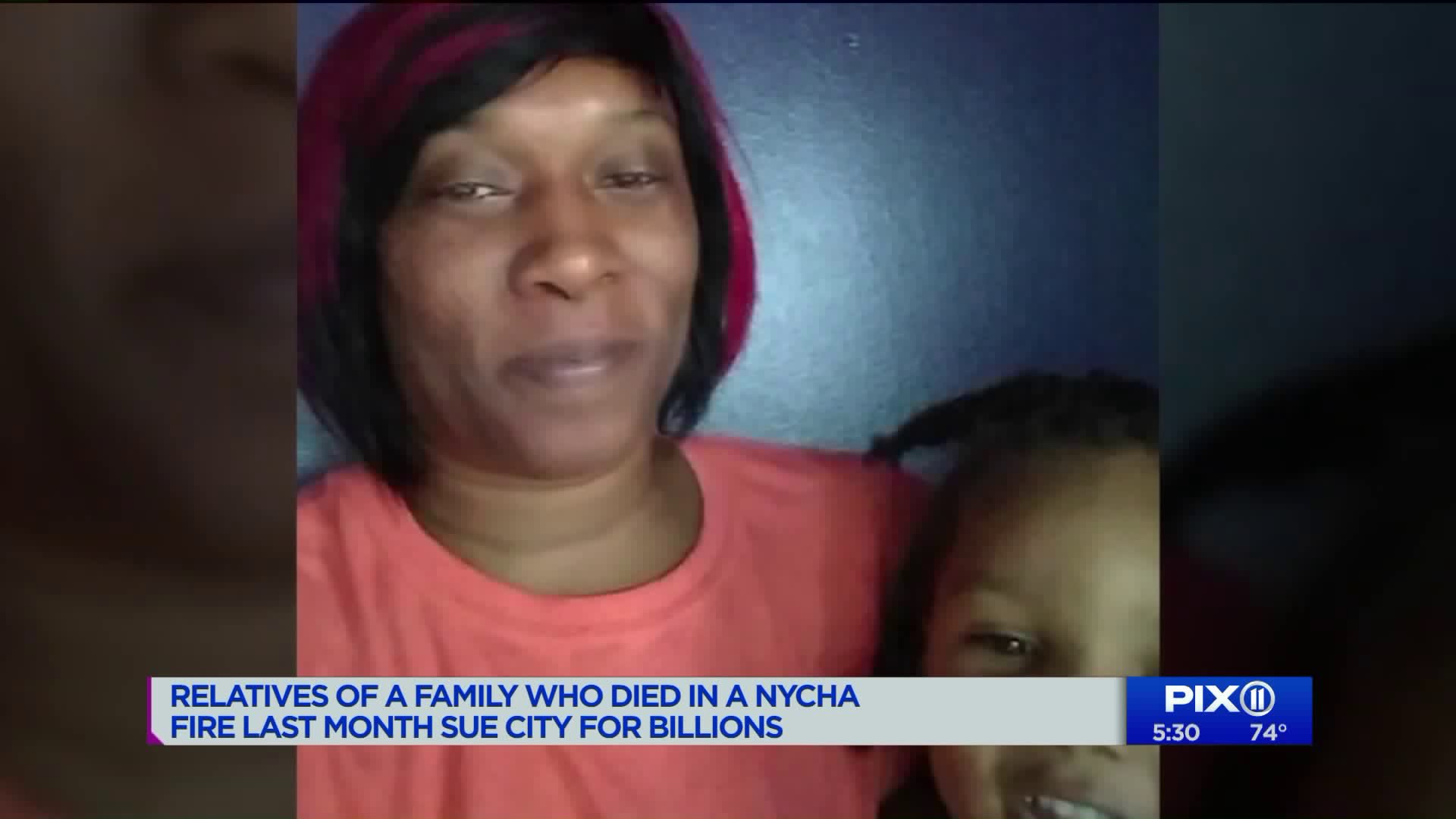 Relatives of a family who died in a NYCHA fire last month are now suing the city for billions of dollars in damages.

MANHATTAN — Relatives of a family who died in a NYCHA fire last month are now suing the city for billions of dollars in damages.

The city mourned the death of Andrea Pollidore, a Harlem mom, and her five children last month. A fire tore through their public housing apartment at the Fred Samuels Houses, destroying their home and destroying their family.

Pollidore, her 33-year-old stepson and four more of her children ages 3 to 11 all died in the fire.

Evan Oshan is now the lawyer representing Raven Reyes, a surviving daughter of Pollidore and the family. The lawsuit is for $2.2 billion, the same amount Oshan says Mayor Bill de Blasio promised to give NYCHA in January to settle a federal investigation into the troubled agency.

"I'm calling to have an independent inspection here, whether it goes all the way to the President of the United States or HUD, I need help," he told PIX11.  He believes things need to be done and apparently, they haven't been done yet and you can't put a value on human life.

The blaze started from an unattended stove, according to the city. But Oshan says notices of claim show the city allowed "hazardous and unsafe conditions." He's demanding an independent investigation.

"This was a tragic incident. The City will review the notice of claim," a city Law Department spokesman told PIX11.