Delays continue after plane skids off runway in Newark Airport 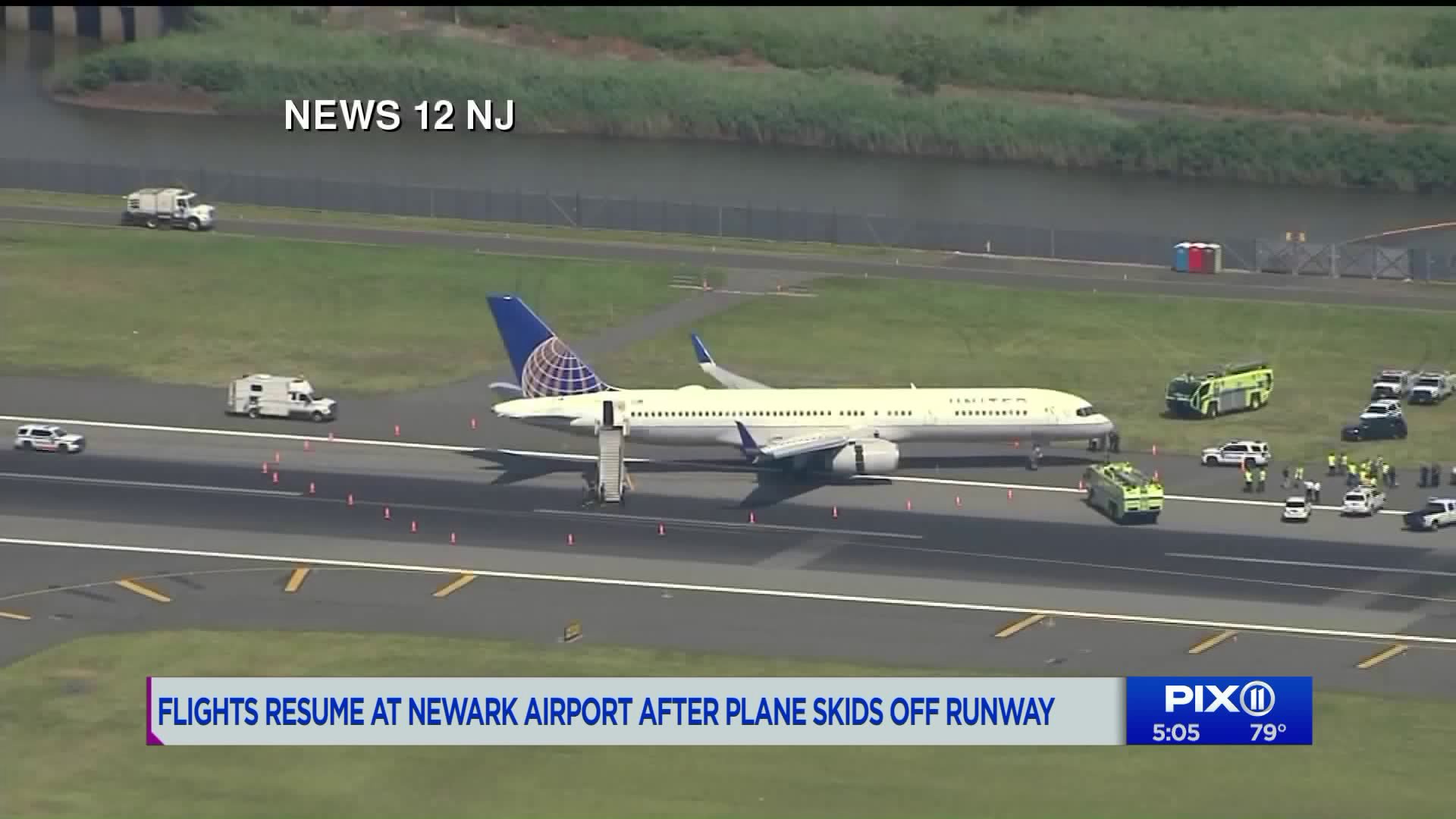 Flights have resumed after the United plane skidded off the runway, though flights could continue to be delayed through Saturday. Magee Hickey is live. 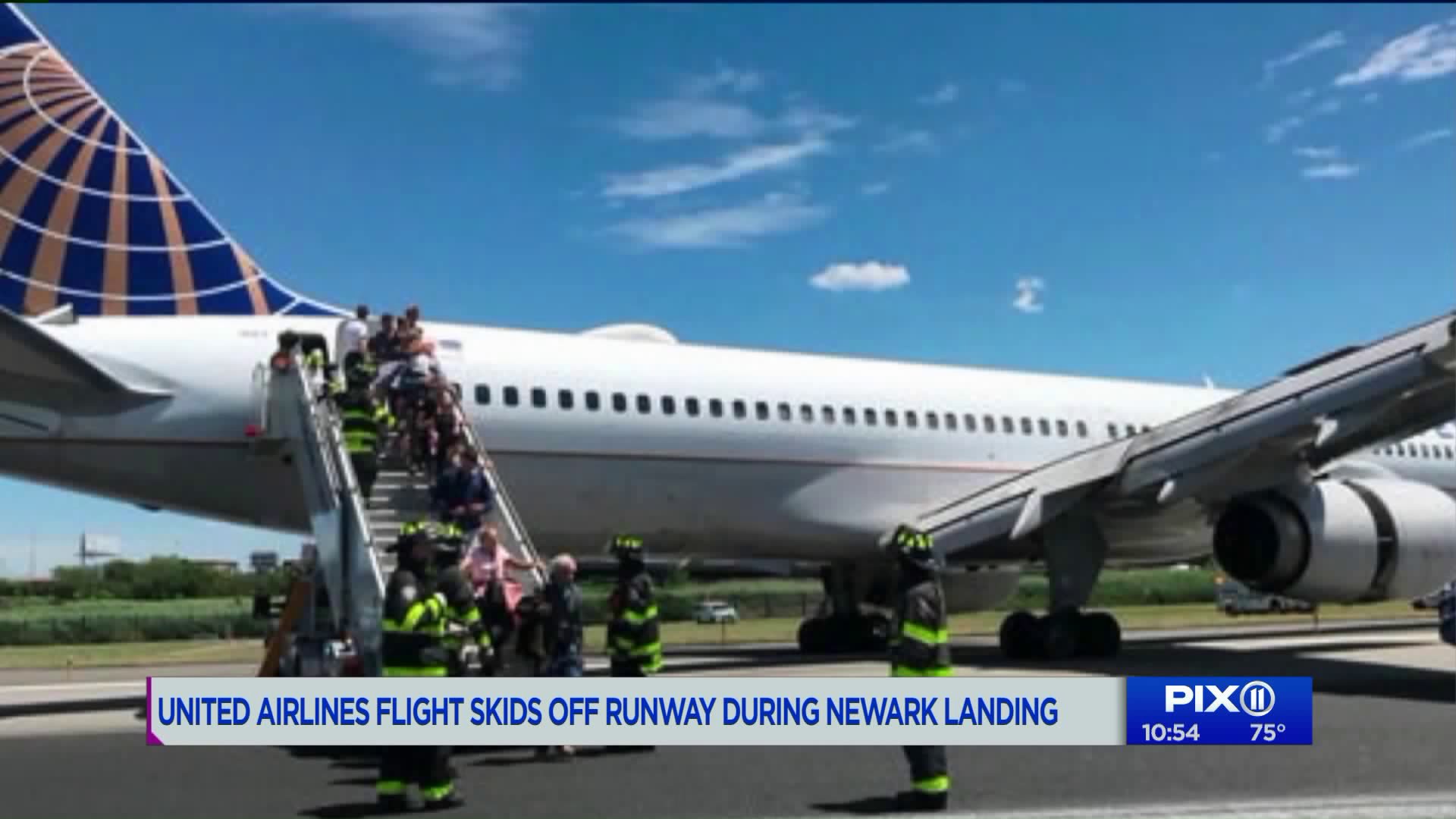 NEWARK, N.J. — Flights have resumed at Newark Liberty International Airport after a plane skidded off the runway Saturday afternoon, though delays are expected to continue.

United Airlines Flight 627 from Denver landed around 1 p.m. on the runway, then skidded off the left side of the pavement, the FAA said. The plane's left main landing gear is stuck in a grassy area, the FAA said.

Video Saturday night showed a crews attempting to move the plane, apparently trying to hoist it with a crane.

According to United Airlines, the plane "experienced multiple flat tires upon landing in Newark." Transport for passengers from the aircraft to the airport terminal was arranged for passengers. Paramedics also responded.

The airport confirmed removal of the plane began Saturday evening just before 5:30 p.m., though the airport remained in "limited operation."

According to the FAA, at least 180 flights were cancelled at Newark on Saturday.

Removal of EWR aircraft is under way following inspection. Airport remains in limited operation and delays will continue. Check with carrier. [06]

Delays for some arriving flights could be up to an average of more than five hours, the FAA said Saturday.

About 166 passengers were safely deplaned and no customers needed to be taken to the hospital. Those who had minor injuries refused medical attention, United Airlines said in a statement.

Passengers have been safely deplaned following an earlier incident at EWR and the airport is working to resume flight activity. Delays are expected. [98]

Those traveling through Newark Airport are advised to check with their carriers before coming to the airport.

"United flight 627 from Denver to Newark, New Jersey experienced multiple flat tires upon landing in Newark. After landing, the aircraft became disabled which is currently affecting operations at Newark Airport. For those on the flight, we arranged transport for passengers from the aircraft to the airport terminal and paramedics were on site as a precaution. We’re in close touch with the FAA and airport authorities and are working expeditiously to safely remove the disabled aircraft so that operations at the airport can return to normal."