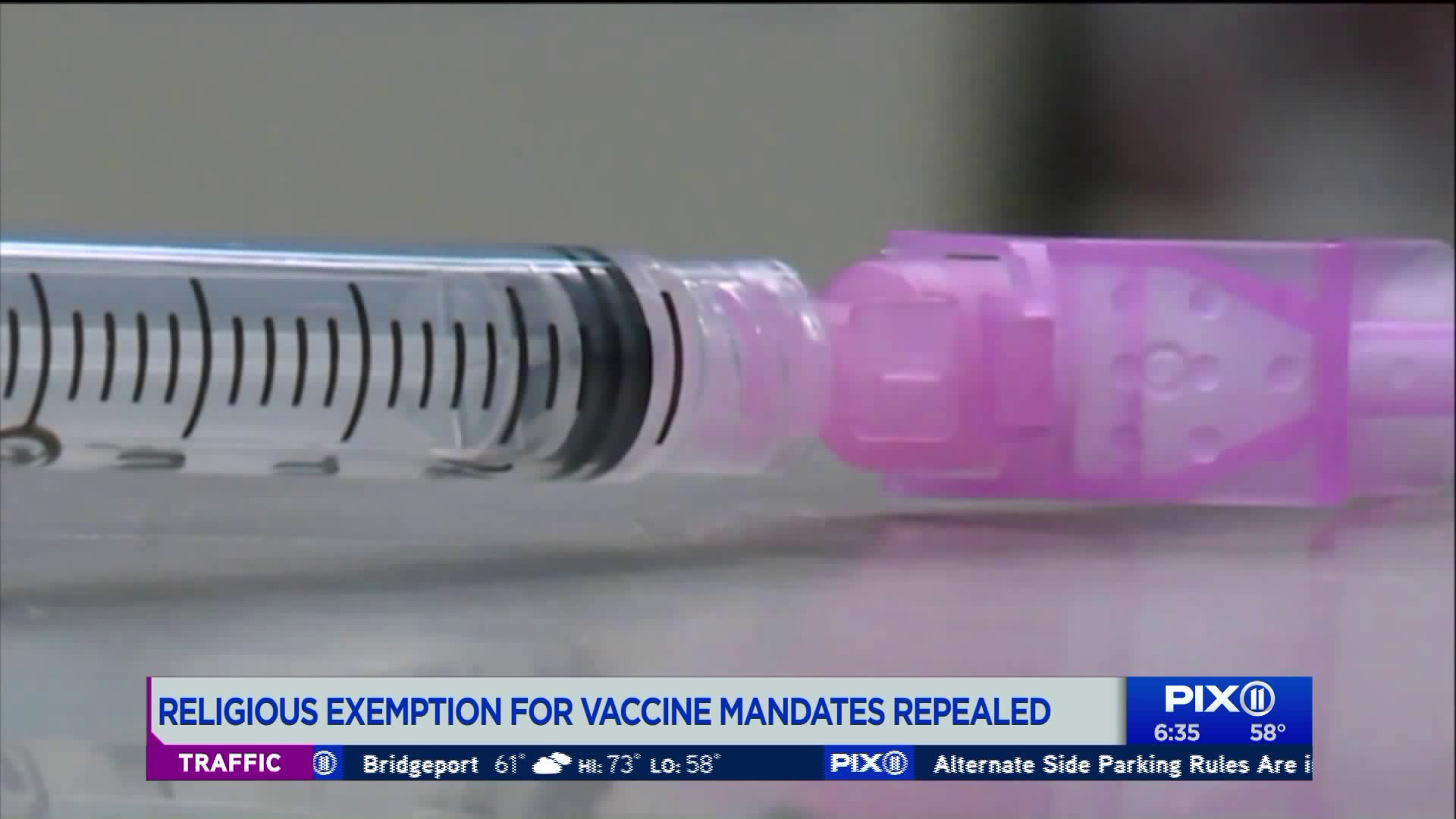 As the ongoing fight against the spread of measles continues, New York State has eliminated the religious exemption to vaccine requirements for schoolchildren. Jennifer Bisram has the lastest.

As the ongoing fight against the spread of measles continues, New York State has eliminated the religious exemption to vaccine requirements for schoolchildren.

The elimination follows a trend of states trying to clamp down on opt-outs in the face of  its worst measles outbreak in decades  .

The Democrat-led Senate and Assembly voted Thursday to repeal the exemption, which allows parents of children to cite their religious beliefs to opt a child out of the vaccines required for school enrollment.

Soon after, Gov. Andrew Cuomo, a Democrat, signed the measure.

Similar exemptions are allowed in 46 states, though lawmakers in several of them are also considering the elimination of the waiver.

What does it mean? It removes allowances for parents of school-aged children who have a religious objection to immunizations.

According to recent reports, 26,000 students in New York, which has one of the largest Orthodox Jewish populations in the country, had religious vaccine exemptions last year.

City health officials have closed two more schools in Williamsburg for violating an order by the Health Commissioner.

Schools will not be allowed to reopen until the Health Department approves a submitted corrective action plan.

According to the Health Department, this is the second time UTA of Williamsburg - Yeshiva Torah V’Yirah (590 Bedford Avenue) has been closed for violating the order.