Suspected gunman in David Ortiz shooting may be wanted for robberies in NJ: reports 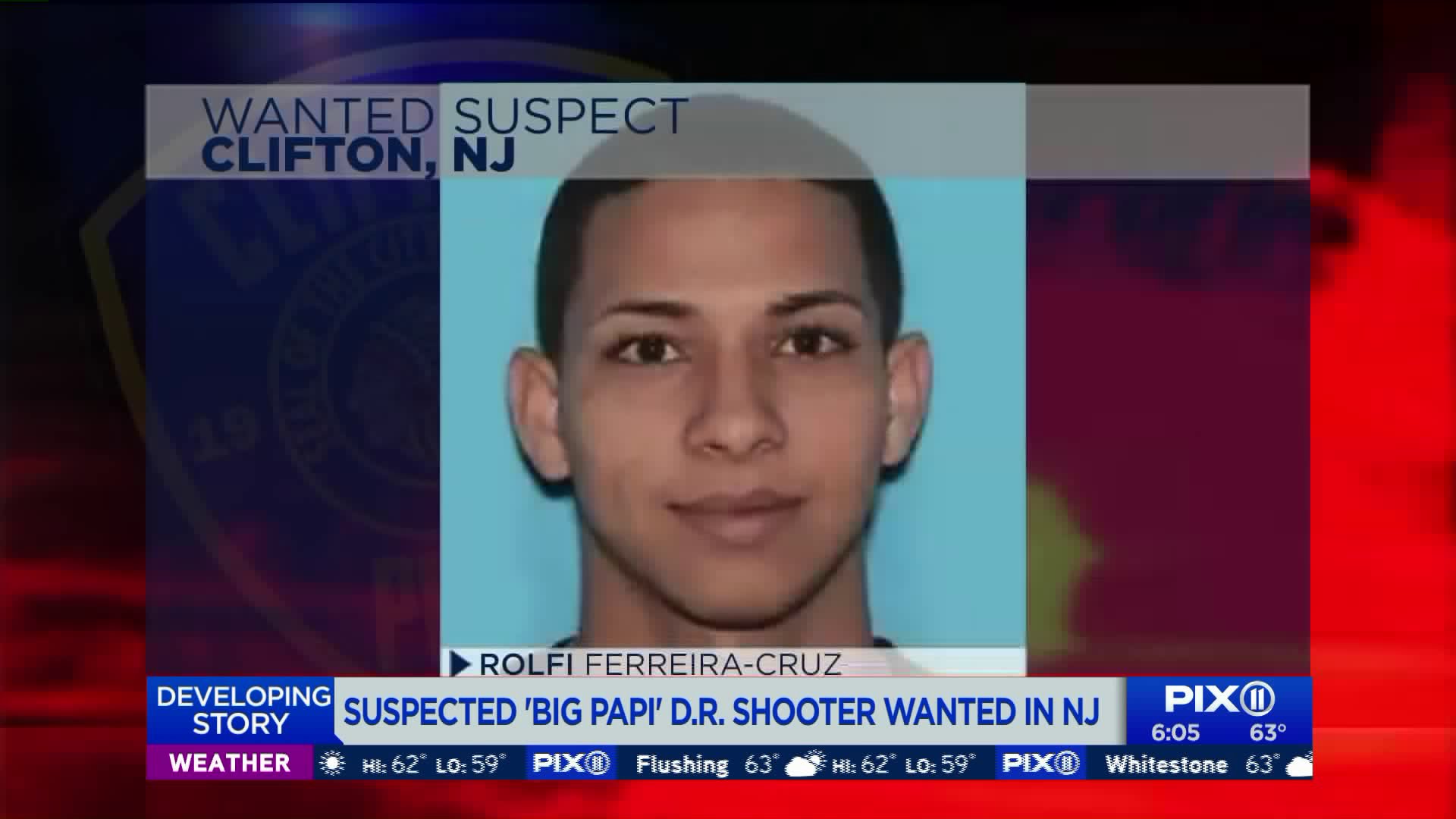 Dominican Republic officials are working quickly to collar six suspects in baseball legend David Ortiz`s shooting earliers this week, including the alleged shooter, Rolfi Fererria Cruz. The 25-year-old and his crew were allegedly paid less than $8,000 to take out Ortiz in his hometown of Santo Domingo. New reports say Fererria Cruz was last living in Patterson, New Jersey, and is wanted for a pair of December 2017 armed robberies in Clifton.

CLIFTON, N.J. — The man accused of carrying out a hit against former Boston Red Sox star David Ortiz may have also been wanted for robberies in New Jersey, according to reports.

In early 2018, Clifton police said they were looking for a man identified as Rolfy Ferreyra-Cruz who was allegedly involved in two robberies in December 2017, according to NorthJersey.com.

Following Ferreyra-Cruz's arrest for allegedly shooting Ortiz, Clifton authorities said that “everything is pointing to it being the same guy” but could not be confirmed unless they were given Ferreyra-Cruz’s biographical information, NJ.com reported.

Authorities believe Ferreyra-Cruz, 25, and six other men were involved in the shooting of the MLB all-star. Dominican National Police Director Ney Aldrin Bautista Almonte said only one man remained at large on Wednesday.

"These individuals, each one of them, all of them, have been jailed and will go before a court," Bautista Almonte said.

It's unclear what charges the suspects are expected to face, but investigators are treating the case as an attempted murder.

Authorities declined to discuss a possible motive for the shooting, but Bautista Almonte said the suspects were offered $400,000 Dominican pesos (about $7,830) to carry out the hit.

Investigators recovered the firearm, which was buried in the home of one of the suspect's home in the province of Mao, police said.

Ortiz is recovering in the intensive care unit at Massachusetts General Hospital after being flown to Boston to continue his treatment, his wife, Tiffany, said in a statement. A trauma surgeon is leading the medical team tending to the father of three, she said.

"Yesterday and this morning, David was able to sit up as well as take some steps," Tiffany Ortiz said Wednesday. "His condition is guarded and he will remain in the ICU for the coming days, but he is making good progress towards recovery."

Dubbed Big Papi, Ortiz was reared in Santo Domingo and made his Major League Baseball debut in 1997. A first baseman and designated hitter, Ortiz played 20 seasons before retiring in 2016.

He is best known for his 14 seasons as the Red Sox's designated hitter, during which he helped the team snap its decades-long title drought in 2004. He won three championships with the Sox and was named MVP of the 2013 World Series.

This story has been updated with the spelling of the alleged gunman's name. Dominican Republic National Police spell his name Rolfy Ferreyra Cruz instead of the initially reported Rolfi Ferreira-Cruz.