She was sent to Rikers Island because she couldn’t pay $500 bail. Now, she’s dead 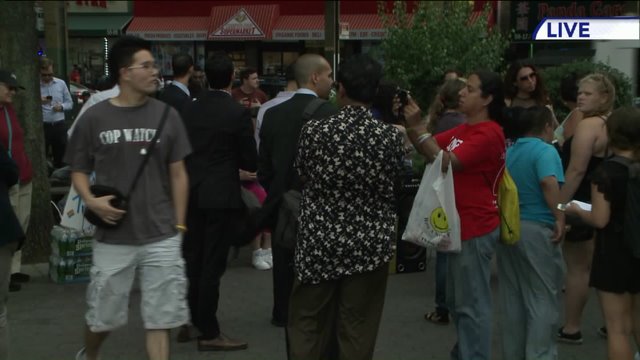 Layleen Cubilette-Polanco was arrested in April and sent to New York’s Rikers Island jail because she could not afford the $500 bail, her family said. Nearly two months later, the 27-year-old transgender woman was found unresponsive in her cell and later pronounced dead, according to the Department of Corrections.

Her death is the latest in recent weeks to draw attention to the plight of the transgender community. Civil rights groups say Polanco’s death represents a web of factors that can trap people of color in the justice system — especially transgender women of color — with devastating outcomes.

“We know that the system failed Layleen,” said David Shanies, a lawyer representing the family. “What we’re trying to find out now is how that came to pass.”

While officials investigate what caused her death, a community is in mourning and her family is searching for answers. They want to know how Polanco ended up at Rikers jail for misdemeanor charges and why was she left alone despite a medical condition that gave her seizures.

"I just want folks in the trans community to know that we are as a city committed to getting it right and to having a respectful city, and this is one that we need to get all the facts on."

Hundreds of people joined Polanco's family for a rally in Lower Manhattan on Monday to mourn her passing and demand justice.

She was part of the House of Xtravaganza, a famed group in New York City's drag ball scene. Indya Moore, another member of Xtravaganza and an actor in the FX series "Pose," spoke at Monday's rally, saying Polanco's death was a reminder of the challenges transgender women face to survive.

Rally attendees also called for the closure of Rikers, which has become a symbol of the ills of pretrial detention, most famously in the case of Kalief Browder.

"We have a lot of unanswered questions, but one thing we know is that Layleen Polanco Xtravaganza should not have died in a cell at Rikers Island," said Beverly Tillery, Executive Director of the New York City Anti-Violence Project, which organized Monday's rally.

"Our community came together to demand a thorough, fully transparent investigation and an end to the conditions that turned a misdemeanor offense into a death sentence," she said in a statement.

How bail reform could have saved her

Polanco was arrested on misdemeanor charges of assault and harassment, court records show.

She was taken into custody because she had missed court dates as part of an alternative to incarceration program stemming from prostitution charges, court records indicate.

Studies show that transgender people face elevated levels of discrimination in housing and employment, which can lead to a cycle of poverty that drives some into illicit work, such as prostitution and drugs, ensnaring them in the justice system.

To alleviate the cycle of criminalization, New York state passed bail reform legislation in April that ends cash bail for most misdemeanor and nonviolent felonies.

Had Polanco been arrested after January 2020, when the new measures take effect, she would not have been held on bail, said Audacia Ray with the New York City Anti-Violence Project, which organized the rally.

"Polanco was caught at the intersections of terrible criminal legal policies, and this systemic violence led to her death," she said.

Cause of death under investigation

Court records indicate that Polanco was arrested on April 13 and taken into custody three days later.

An officer found Polanco unresponsive in her cell the afternoon of June 7, the Department of Corrections said.

Medical staff deemed her unconscious and provided care until they pronounced her dead at 3:45 p.m.

The Department of Corrections said the cause of death is under investigation, but it was not the result of violence and preliminary reports show no foul play.

"This is a tragic loss and we extend our deepest condolences to her family. We are conducting a full investigation as the safety and well-being of people in our custody is our top priority," Department of Correction Commissioner Cynthia Brann said in a statement.

The Chief Medical Examiner's Office is analyzing the cause and manner of death, spokeswoman Aja Worthy-Davis said.

"Trauma was not found to contribute to this fatality. We are now performing additional toxicology and medical examinations to identify other possible factors."

Polanco's family said she had a serious medical condition that caused life-threatening seizures, Shanies said. They suspect inadequate care could have contributed to her death, especially after she was placed in solitary confinement.

But the Department of Corrections said it does not have solitary confinement. Polanco was placed in what it called a restrictive housing unit at the Rose M. Singer Center on May 30 after she was adjudicated for an assault that injured another person in custody, DOC said.

The department described the restrictive housing unit as a joint program with Correctional Health Services designed to "incentivize participation in mental health programs." Residents of the unit receive up to seven hours a day outside of their cell for programming and services and entertainment.

Regardless of how she ended up there, she was entitled to proper medical treatment, Shanies said -- especially if she had been in an altercation that could have exacerbated her condition.

And she did not deserve to die.

"The family is seeking answers, seeking information and asking a lot of questions."