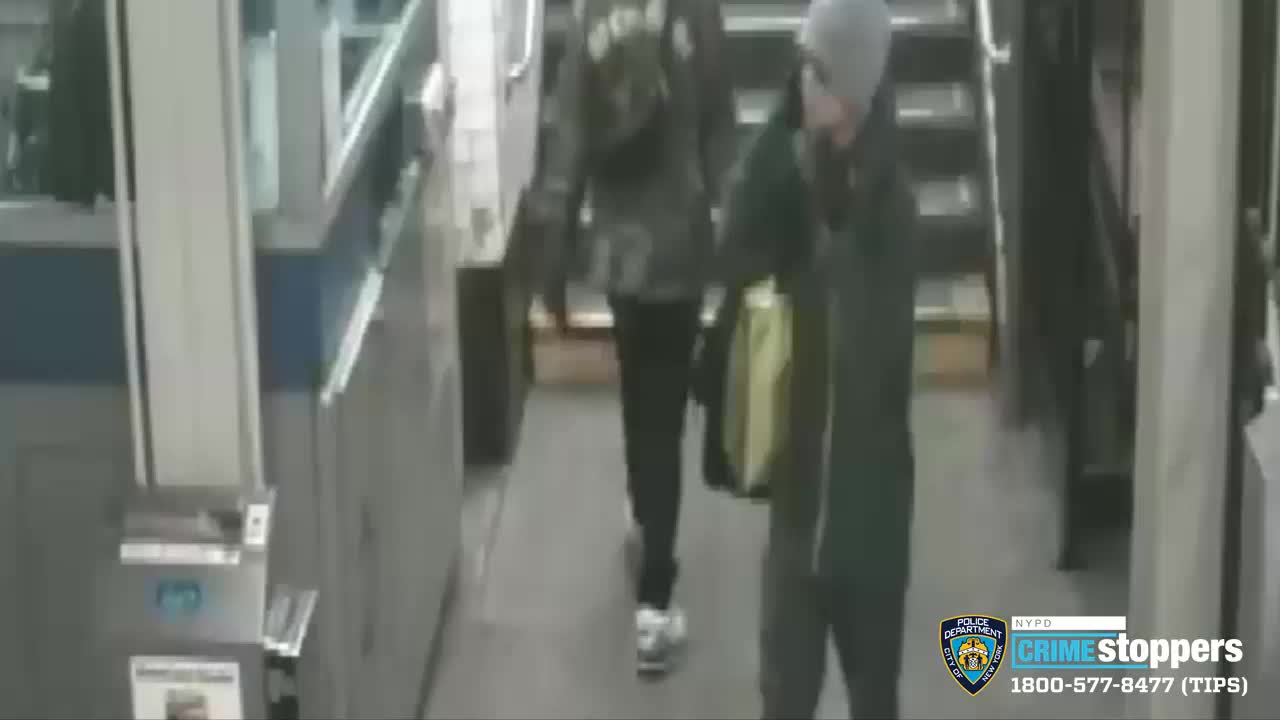 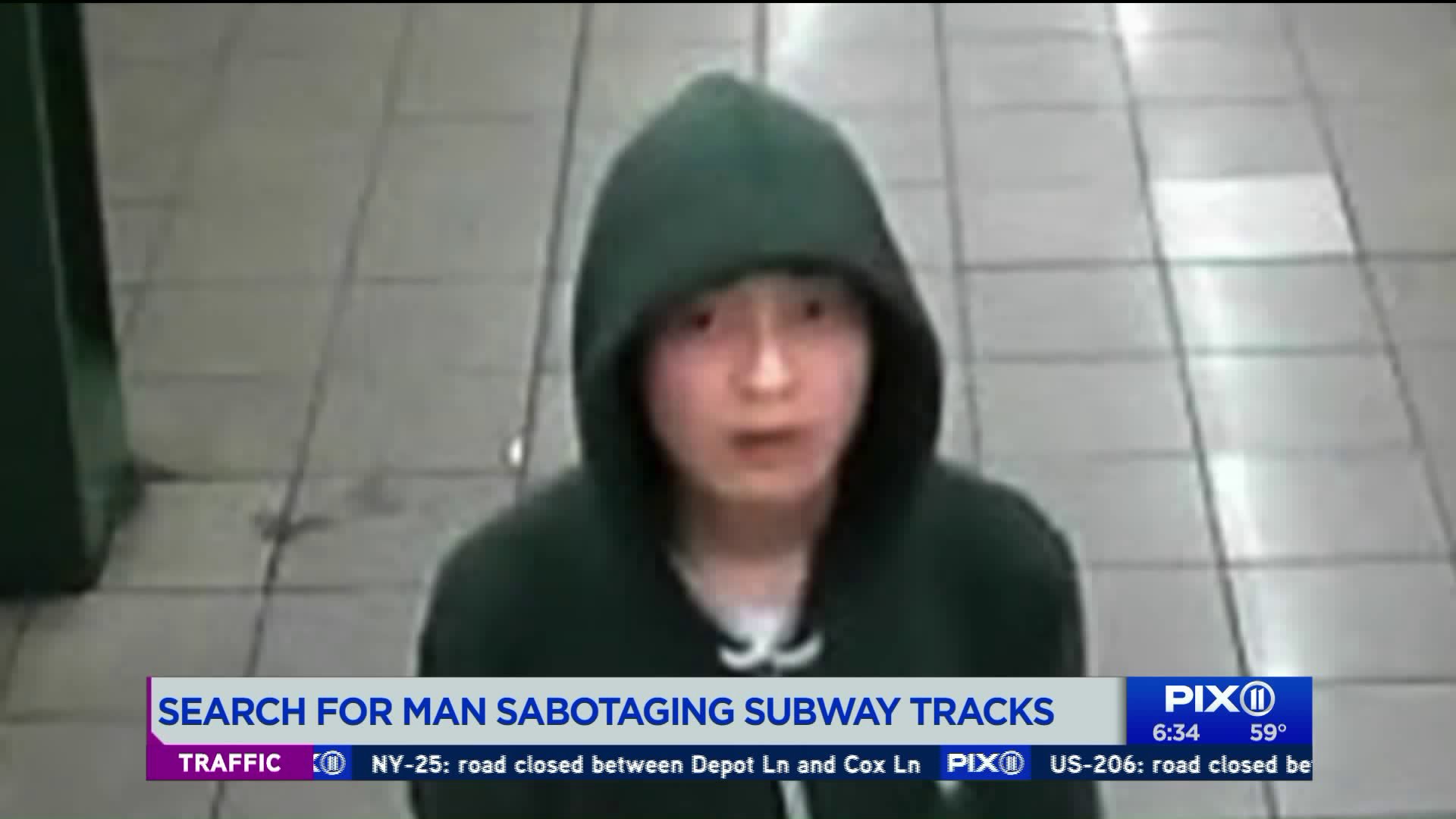 BROOKLYN — Police say they're looking for a man who's been placing various objects on subway train tracks in recent weeks in Brooklyn.

Authorities first reported that an unidentified man placed debris on the northbound rails of the D train inside the Atlantic Avenue-Barclay Center station around 12:30 a.m. on May 9, causing what police call a "hazardous condition." There were no injuries or property damage reported in this incident, police said.

Then, on Wednesday, June 5, around 2 a.m., police believe the same man put a fire extinguisher, a bank of lights, a bag of concrete mix, and a metal shim, on the southbound rails of the R train line near the Union Street subway station in the Park Slope neighborhood of Brooklyn. When a train ran over the fire extinguisher it caused mono ammonium phosphate powder to spray in the station, police said. There were no injuries reported and no damage to the train, authorities said.

On the same day, less than an hour later at around 2:40 a.m., police believe the same man placed a shovel on the southbound rails of the R train at the 45th Street station in the Sunset Park neighborhood. There were no injuries or damages reported, police said.

Days later on Sunday, June 9, around 2:30 a.m., police believe the man from the previous incidents placed Christmas lights on the northbound rails of the N train line near the 4th Ave-9th Street subway station in Gowanus. Again, there were thankfully no injuries or damages reported, police said.

Police have described the man they're lookin for as 20 to 30 years old, seen wearing a green sweatshirt, black pants, dark colored boots in an earlier incident, and then last seen wearing a hooded dark sweatshirt and sunglasses.

The NYPD has released the above and below surveillance footage of the unidentified man in hopes the public can help identify him.