Man shot and killed while walking his dog in Harlem: police 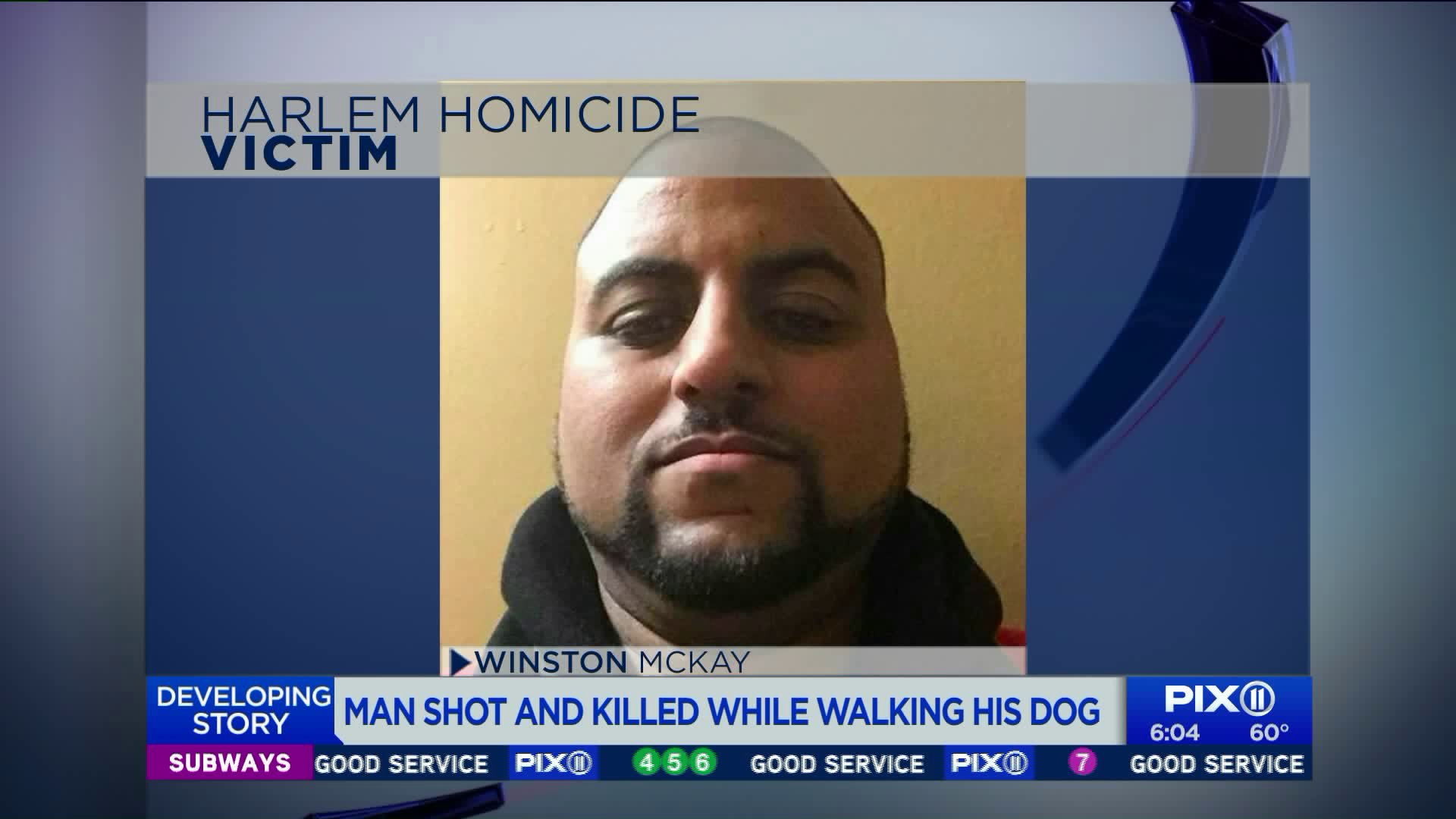 Police say 40-year-old Winston McKay was shot in the leg while walking his dog in the Hamilton Heights area of Harlem early Monday, and later died from this injuries. Police are still investigating. 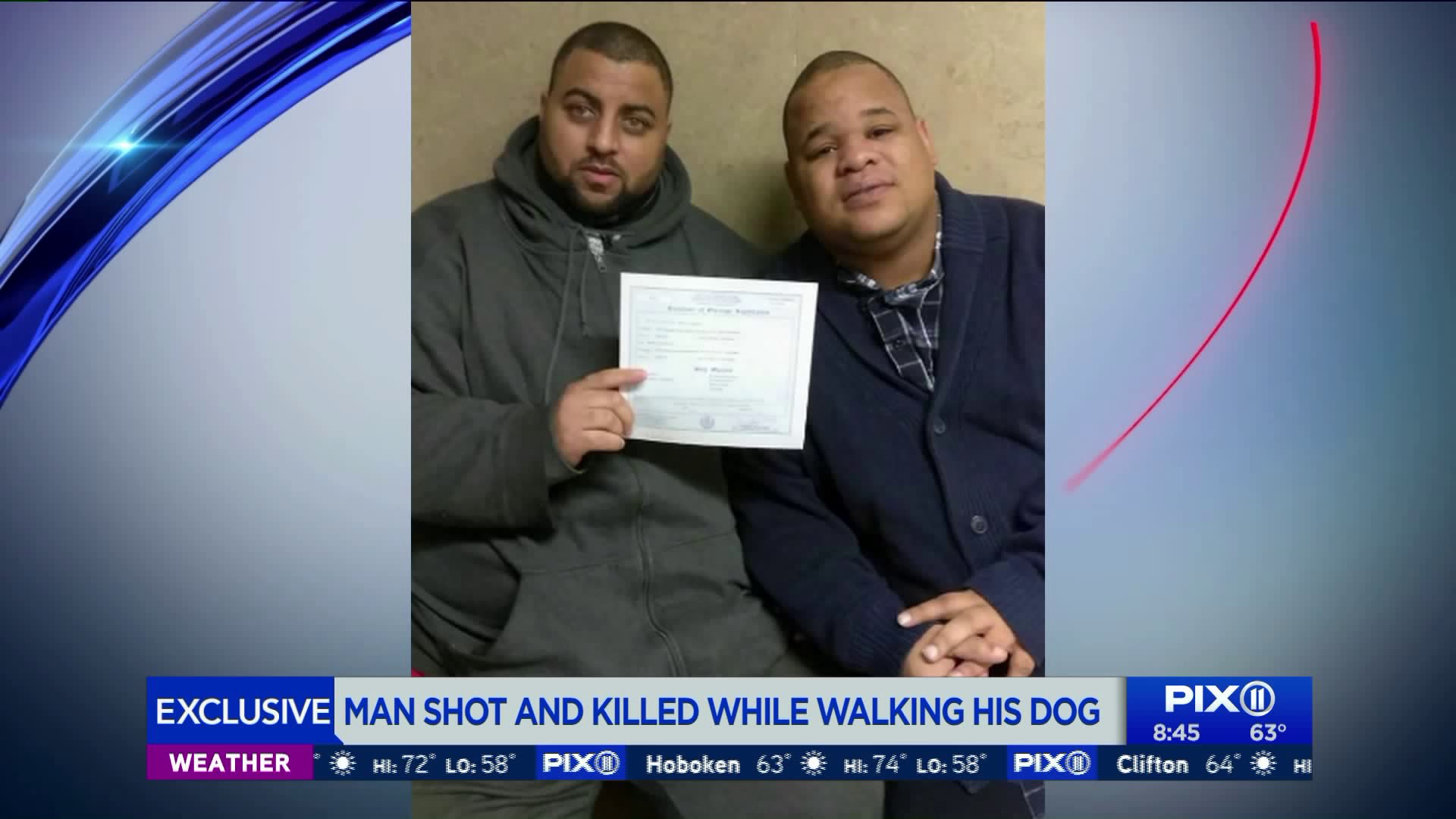 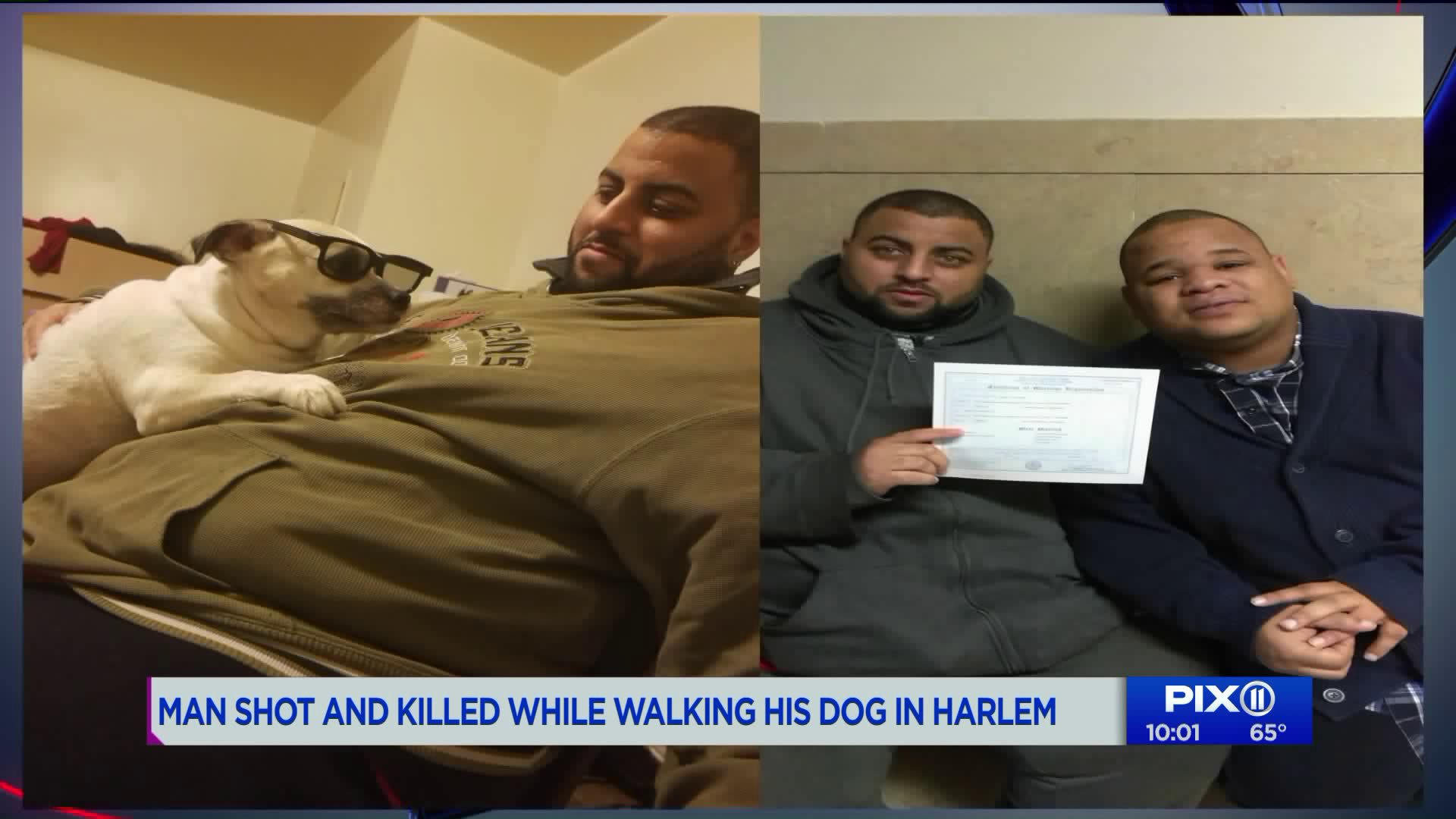 HARLEM — A man died Monday after he was shot in the leg in the Hamilton Heights area of Harlem, police confirmed.

The shooting occurred around 2:21 a.m. Monday near the corner of Amsterdam Avenue and West 146th Street, according to the NYPD.

The victim, 40-year-old Winston McKay, was walking his dog when the incident occurred, police said. It is unclear if McKay was the intended target.

#BREAKING NYPD releases shocking video of a man pointing a rifle at a 26 year old in Hamilton Heights, early Monday morning. The shot hit an innocent bystander walking his dog, killing him. No arrests. My report on @Pix11news at 5pm.
MORE: https://t.co/CVjuYELLLy pic.twitter.com/7O2cFU8Eik

After being shot in the right leg, McKay was transported to NYC Health + Hospitals/Harlem, where he was pronounced dead, according to authorities.

Solomon told PIX11 his husband police said he may have not been the victim of a robbery or assault, and was just at the wrong place at the wrong time.

"I still haven't seen my husband's body," he said.

"I had to identify him by his earrings and his wedding ring."

The shooter fled the scene in an unknown direction prior to the arrival of authorities, officials said.