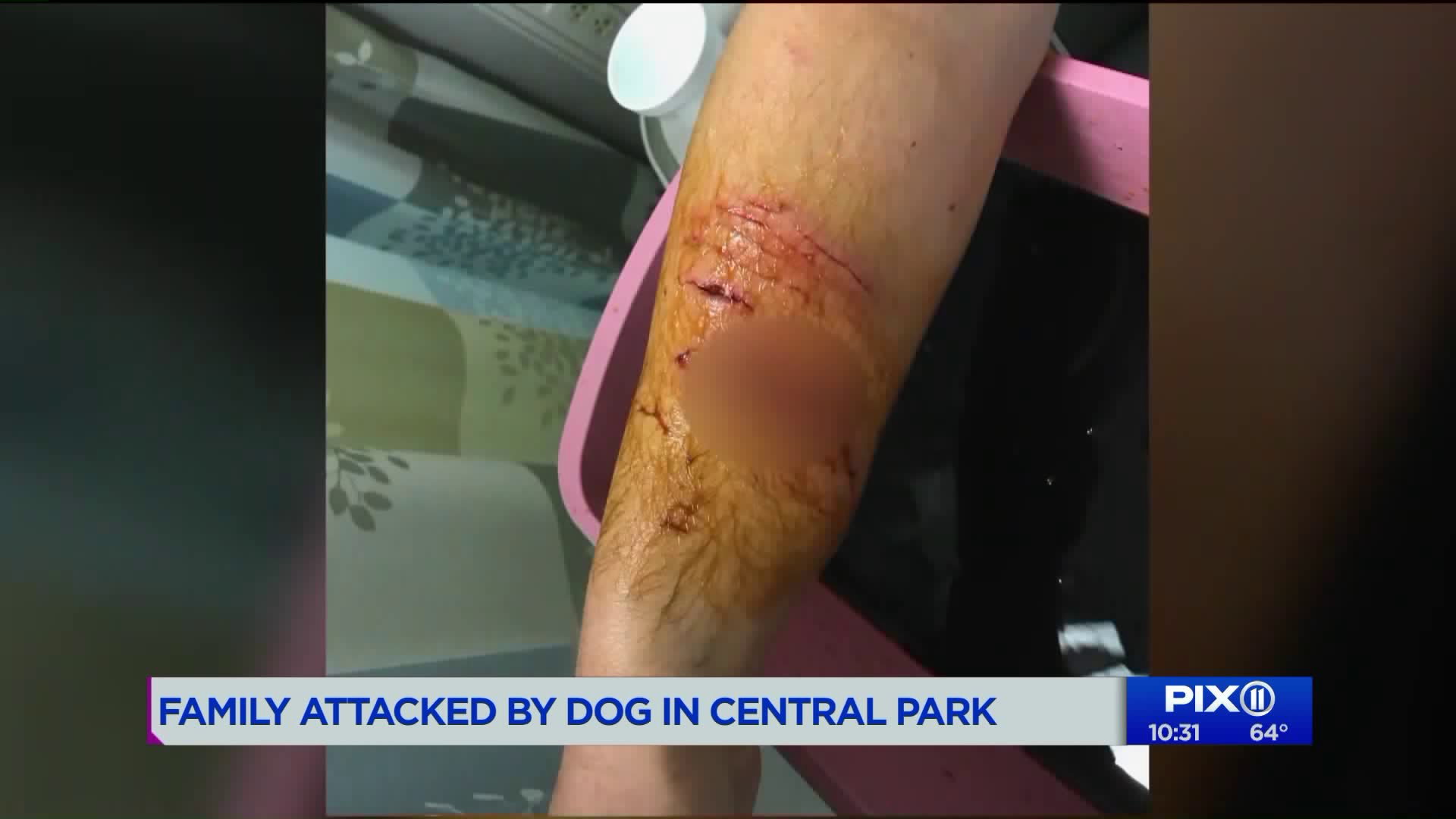 A beautiful morning in Central Park turned terrifying for a family when out of nowhere, a pitbull attacked.

CENTRAL PARK — A beautiful morning in Central Park turned terrifying for a family when out of nowhere, a pitbull attacked.

Chris and Erica Chodkowski were on their daily walk through the park. With their 9-month-old daughter Lexie and 2-year-old labradoodle in tow, they had just gotten breakfast at the nearby Boathouse and sat down on a bench. It was 8:30 Wednesday morning.

“We didn’t hear him barking we didn’t know another dog was near us,” Erica tells PIX11.

The pitbull seemed to appear out of no where and jumped over Erica and Lexie, who was in her stroller. Chris went to protect his family. The dog landed on the bench and on him.

“The dog really latched onto his arm,” said Erica.

Erica showed PIX11 the photos of the injuries her husband Chris sustained. He needed 30 stitches to his right arm after the attack.

The dog’s owner did catch up.

Erica said she wanted to get information on whether the pitbull was vaccinated. But the owner left, as Erica frantically called 911. Bystanders tried to stop the dog and its owner, but to no avail.

Erica’s infant daughter was unhurt but crying. A group of women helped the family, one woman was kind enough to hold little Lexie and soothe her as Erica called for help and tended to her husband.

Chris fainted from the loss of blood and was taken to the hospital. With no information from the dog’s owner, doctors had no choice but to give Chris the rabies vaccine as a precaution.

“He’s out of work, he can’t hold (the baby), he’s in a sling, he’s all bandaged up, he has to go back next week and then for the next four weeks, rabies shots,” said Erica. “This is something that’s going to affect us for quite a while.”

Erica describes the dog as a 60-70 lb. white pitbull with reddish patches. She is appealing to the dog owner to come forward.

“Please reach out,” said Erica. “My husband is hurt and we need help medically and we need information.”

The family has notified authorities and tell PIX11 they will be filing an official police report.