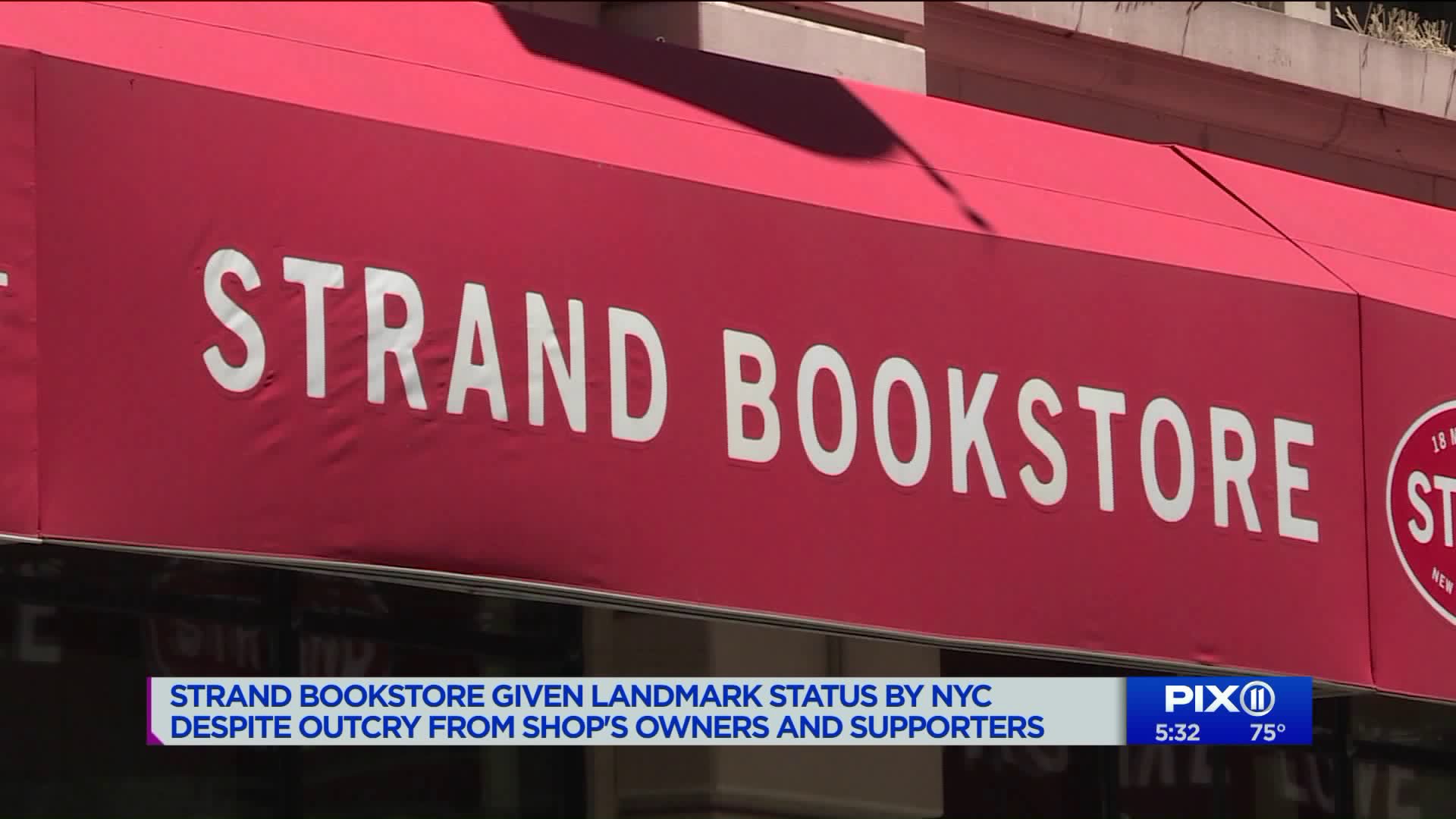 On its surface, the designation seems thrilling, but owners of the store think its a kiss of death.

GREENWICH VILLAGE, Manhattan — For nearly a century, The Strand Bookstore on the corner of Broadway and East 12th Street has been a hub for avid readers and literary life in Greenwich Village.

It’s not only the city’s largest independent bookstore, but it’s one of the few remaining in the era of Amazon.

On Tuesday, its building was designated a landmark by the city’s Landmarks Preservation Commission, and while many would think of the move as a tremendous benefit for the aging shop, store leadership calling a “kiss of death.”

“[LPC] itself now has complete power and dominion over our building and our future plans,” owner Nancy Bass Wyden said.

She, along with employees and supporters, gathered outside the storefront to lambast the City’s decision to move in, citing concerns that the landmark designation will burden the family-owned business.

“On the surface it seems like it’s a good thing but it really is about bureaucratic red tape,” Bass Wyden told PIX11. “All of a sudden, they have almost eminent domain over your building. They get to make every decision about the façade.”

Those regulations, Wyden said, will force her family — who also owns the building — to deal with skyrocketing maintenance and renovation costs.

“It’s a brick and mortar bookstore — this an anachronism,” said Alex Urbelis, legal counsel for the Strand Bookstore. “Landmarking isn't a lifeline, they’ve thrown us a lead weight.”

The building, an 11-story William Birkmire design, was one of seven buildings given the landmark status in Tuesday’s vote.

Its owner appears to be the only building owner not happy about it.

The LPC told PIX11, it plans to work with the shop to make the designation work.

“LPC is confident that its flexible and efficient regulatory process will enable the Strand to remain nimble and adapt to a changing retail climate, and thereby continue its important place in New York City," an LPC spokesperson said in a statement.