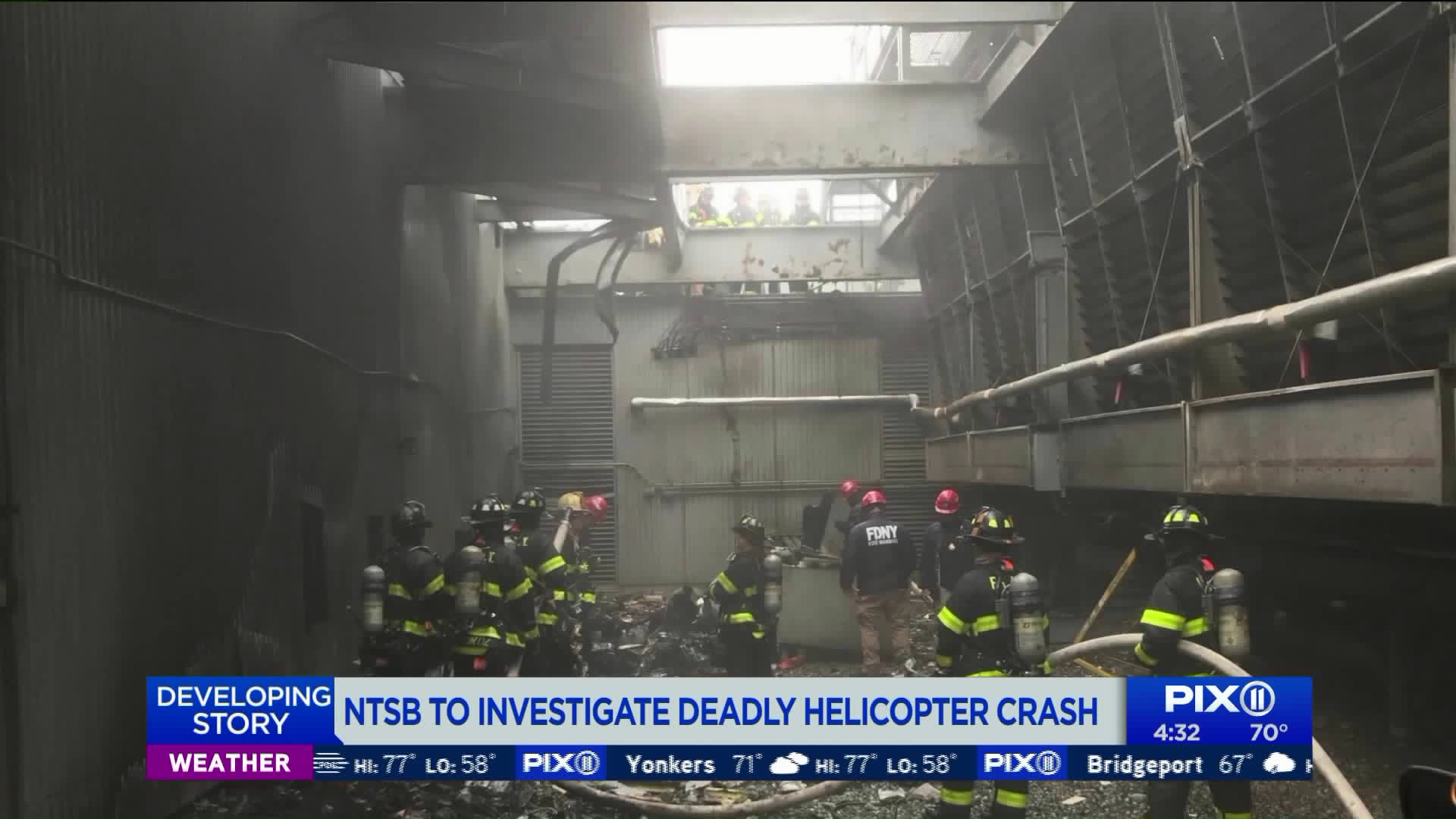 Tuesday NTSB will sift through the wreckage and remove what`s left of the executive chopper in an attempt to determine what cuased the catastrophic crash Monday afternoon in midtown Manhattan. The crash landing killed the pilot of the helicopter, Tim McCormack. 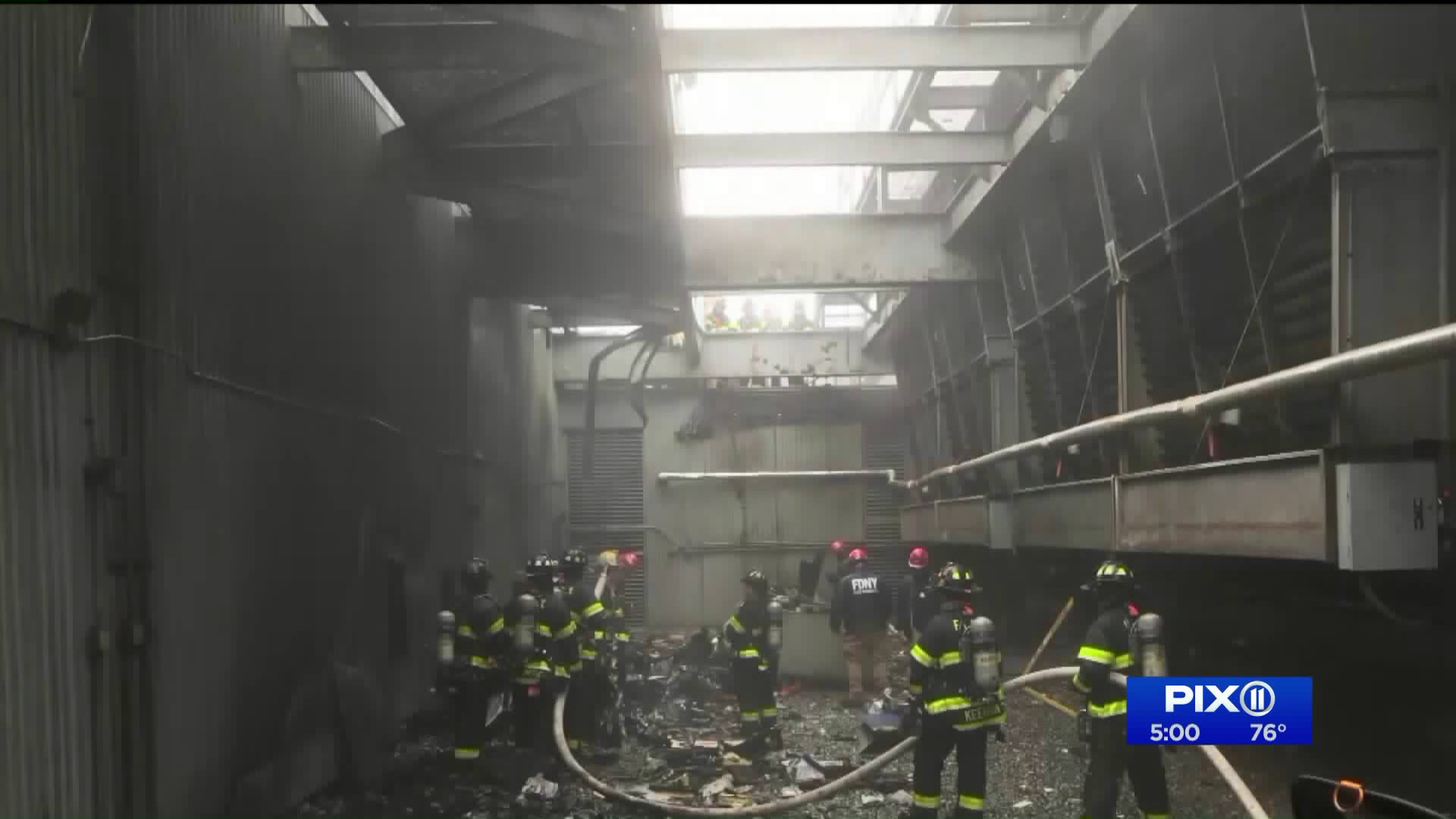 After a helicopter crash landed Monday on a midtown skyscraper 54 stories up, killing the pilot, the National Transportation Safety Board will today sift through the wreckage, removing what's left of the executive chopper to determine what caused the crash.

During a briefing Tuesday afternoon, NTSB Air Safety Investigator Doug Brazy said investigation remains ongoing, but the flight was not required to ask for permission and the pilot did not communicate with air traffic control because the original flight path did not have to communicate with ATC,

Officials are continuing to gather records of the pilot's history and weather reports and a summary report will be given in about two weeks.

NTSB is asking for the public's help, putting a call out on Twitter for any witnesses of Monday's crash to share videos or photos they might have with NTSB investigators.

If you witnessed Monday’s helicopter crash in NYC, have video you shot of the crash or photos you took of the crash, NTSB investigators would like to hear from you. Please contact us at witness@ntsb.gov.

It was midday in midtown when pilot Timothy McCormack was flying solo through half-mile visibility in poor weather conditions, an eyewitness taking note of the chopper's erratic maneuvering.

NTSB authorities said the helicopter departed from Westchester around 11:30 a.m. with a passenger and landed in Manhattan at 11:45 a.m., where the passenger was dropped off.

After the midair emergency, 11 minutes after taking off from the East 34th Street heliport, McCormack might have landed the helicopter on top of the skyscraper to mitigate casualties on the ground.

The crash, described as a hard landing by police, of the privately owned copter happened at 1:43 p.m. at 787 Seventh Ave., known as the AXA Equitable Building, according to NYPD and FDNY.

McCormack, who was the only person on board and only person killed or injured, was also a volunteer firefighter in Clinton Corners, New York. He was chief of the East Clinton Volunteer Fire Department.

“We are mourning the loss of Tim McCormack, who has flown for us for the past five years," a representative for American Continental, who owned the helicopter, told PIX11. "Our hearts are with his family and friends.”