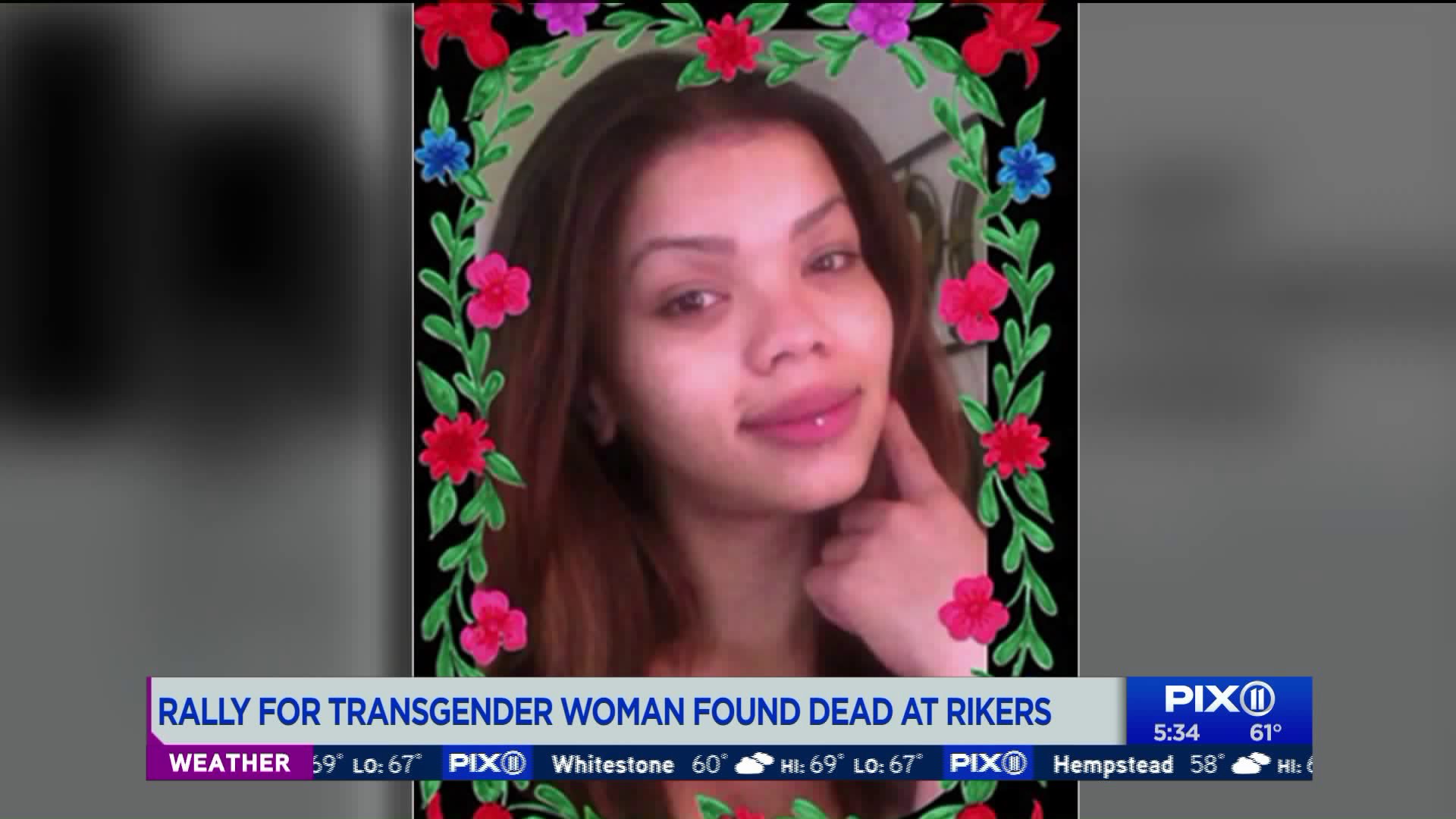 Layleen Polanco was arrested in April for allegedly assaulting a taxi driver in Harlem and posessing a controlled substance, then officials said they found the transgender woman dead in her cell at Rikers Island on Saturday. Now, advocacy groups are demanding answers and a full invstigation, with a rally planned for Monday in Manhattan.

NEW YORK — A transgender woman's death on Rikers Island is leading to calls for an investigation and a rally planned for Monday in lower Manhattan.

Layleen Polanco, 27, was found dead in her cell Friday afternoon at Rikers' jail for female inmates, the Rose M. Singer Center, according to officials.

The NYC Department of Correction said on Twitter Saturday that they are investigating the "tragic death" and that they "take this matter extremely seriously."

"We have so far determined the death was not the result of violence or foul play," the DOC's tweet reads.

The Department is investigating the tragic death of a transgender female detainee in our custody. We take this matter extremely seriously. We have so far determined the death was not the result of violence or foul play. We will share more information as we determine the cause.

However, lawyers representing Polanco's family released a statement on their behalf Sunday saying they are left "shocked and outraged by the stony silence from the Department of Correction, Mayor's Office, NYPD, and city government."

"The city failed to protect Layleen, and now it is trying to sweep her death under the rug. We will not allow it," the family's statement says.

Polanco's family, as well as advocacy groups, are demanding answers and a full investigation.

Advocacy groups VOCAL-NY, Anti-Violence Project and DecrimNY are holding a rally Monday at 6 p.m. at the New York County Criminal Court in lower Manhattan, demanding justice and answers about Polanco's unexplained death while in Rikers' custody.

Layleen's sister in Yonkers started a GoFundMe campaign for assistance with funding her funeral while pleading for answers into how her sister died. She says Polanco was due to be released in just about a week.

Polanco had been at Rikers since being arrested in April for assault and drug possession.

Join us tomorrow 6 pm at 100 Centre Street in Manhattan with @antiviolence @decrimny to demand #JusticeforLayleen who was found dead in Rikers. We’re demanding a full investigation into her death and #CloseRikers. The state violence against our trans community must end now pic.twitter.com/8BdP3V7A8U