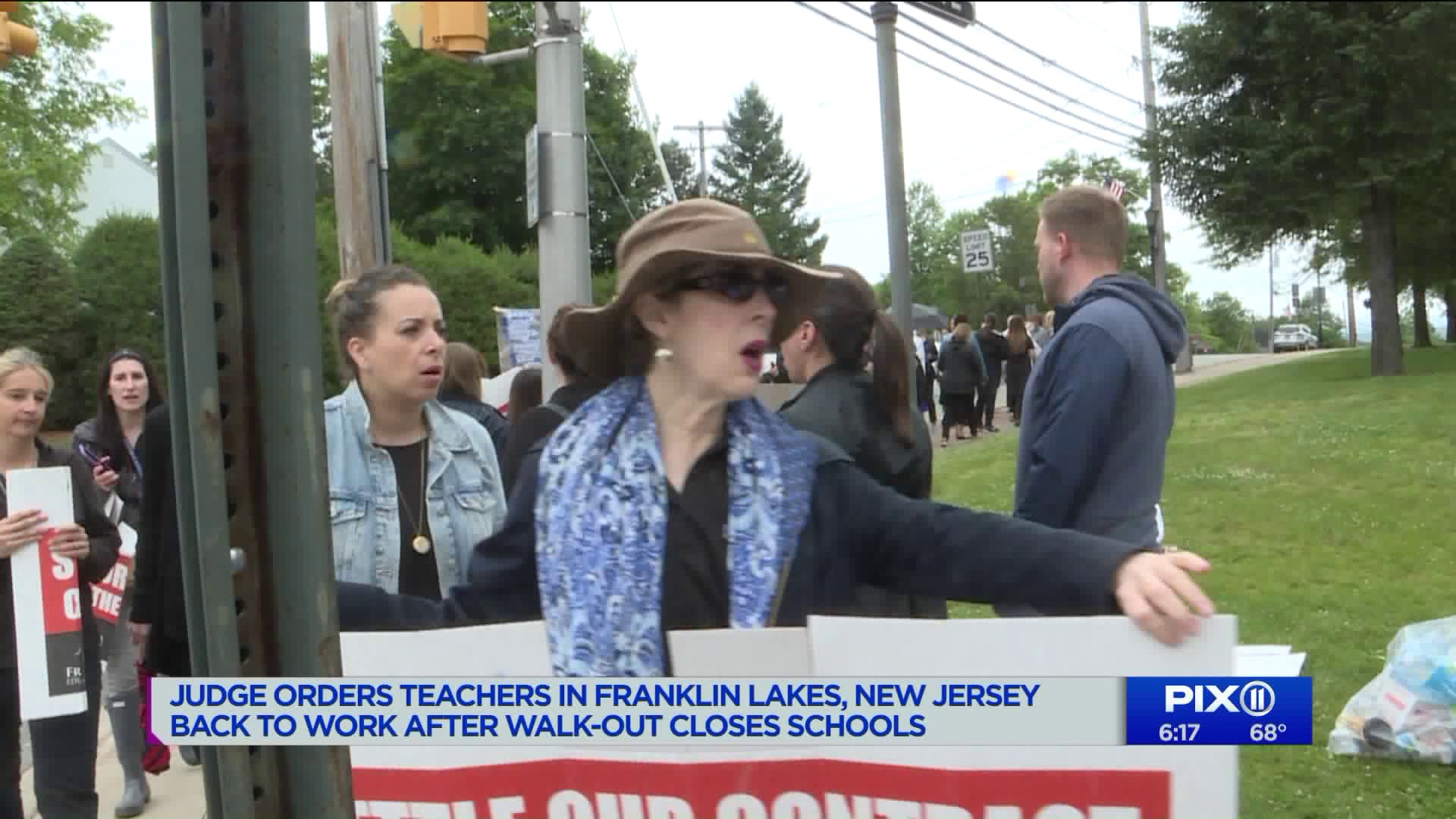 A judge has ordered teachers to return to work after a walk-out this morning shuttered all four K-8 schools within the district.

FRANKLIN LAKES — A judge has ordered teachers to return to work after a walk-out this morning shuttered all four K-8 schools within the district.

The Franklin Lakes Board of Education sought the emergency action in court today in response to about 220 teachers, paraprofessionals and school secretaries picketing outside the town's middle school, demanding a contract that allows for lower teacher-contributions to healthcare benefits.

A law passed during the Christie administration required teachers statewide to put more money toward the cost of their health insurance.

"The raises that we've received over past years are far outpaced by the amount of insurance contributions, so every year we are bringing home less and less while the cost of living goes up and up," said Sharon Milano, a teacher and President of Franklin Lakes Education Association.

"There is no profession that is going to tolerate this and be able to be sustained with a a quality workforce. And it's about time that not only this Board of Ed, but State step up and fix the problem," said Marie Blistan, President of the New Jersey Education Assocation.

Teachers met with the Franklin Lakes Board of Education on Friday but talks crumbled over the weekend. They met again this morning. But failed to come to an agreement. It remains unclear if the teachers will comply with the court order to report to work.

If teachers defy the court order and no deal is struck, protests and school cancellations could continue throughout the week.

"Despite the Union’s assertions, the Board has sought to engage in constructive dialogue throughout this process," read a statement from the school board. "Although it appeared the parties were very close to mutually acceptable terms, today’s Union action calls into question its commitment to resolving this dispute."

The last day of school is June 24.