After crash, call for NYC to ban non-essential helicopters grows 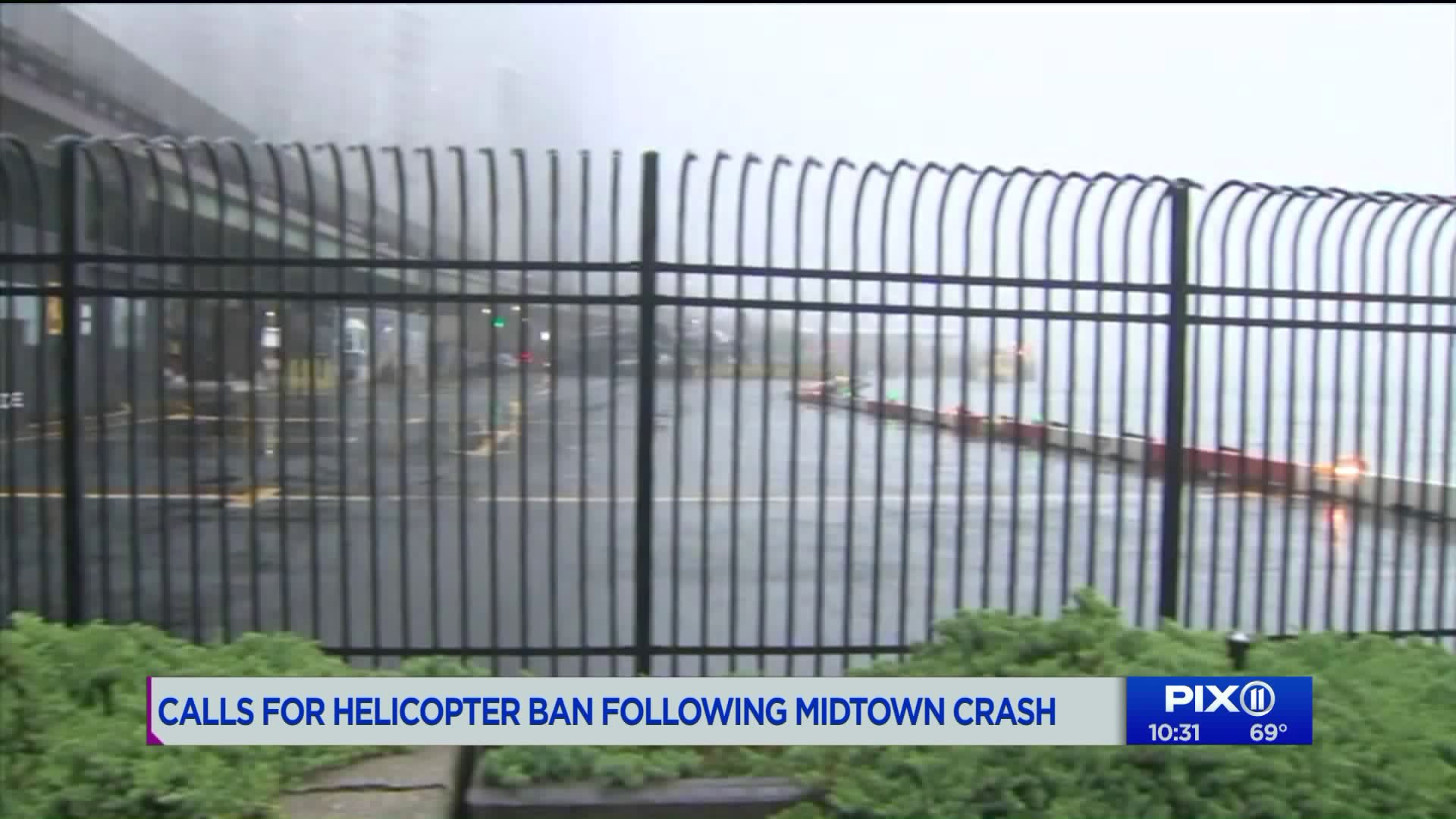 Monday`s Midtown helicopter crash was the latest in a long list of chopper crashes in and around Manhattan. 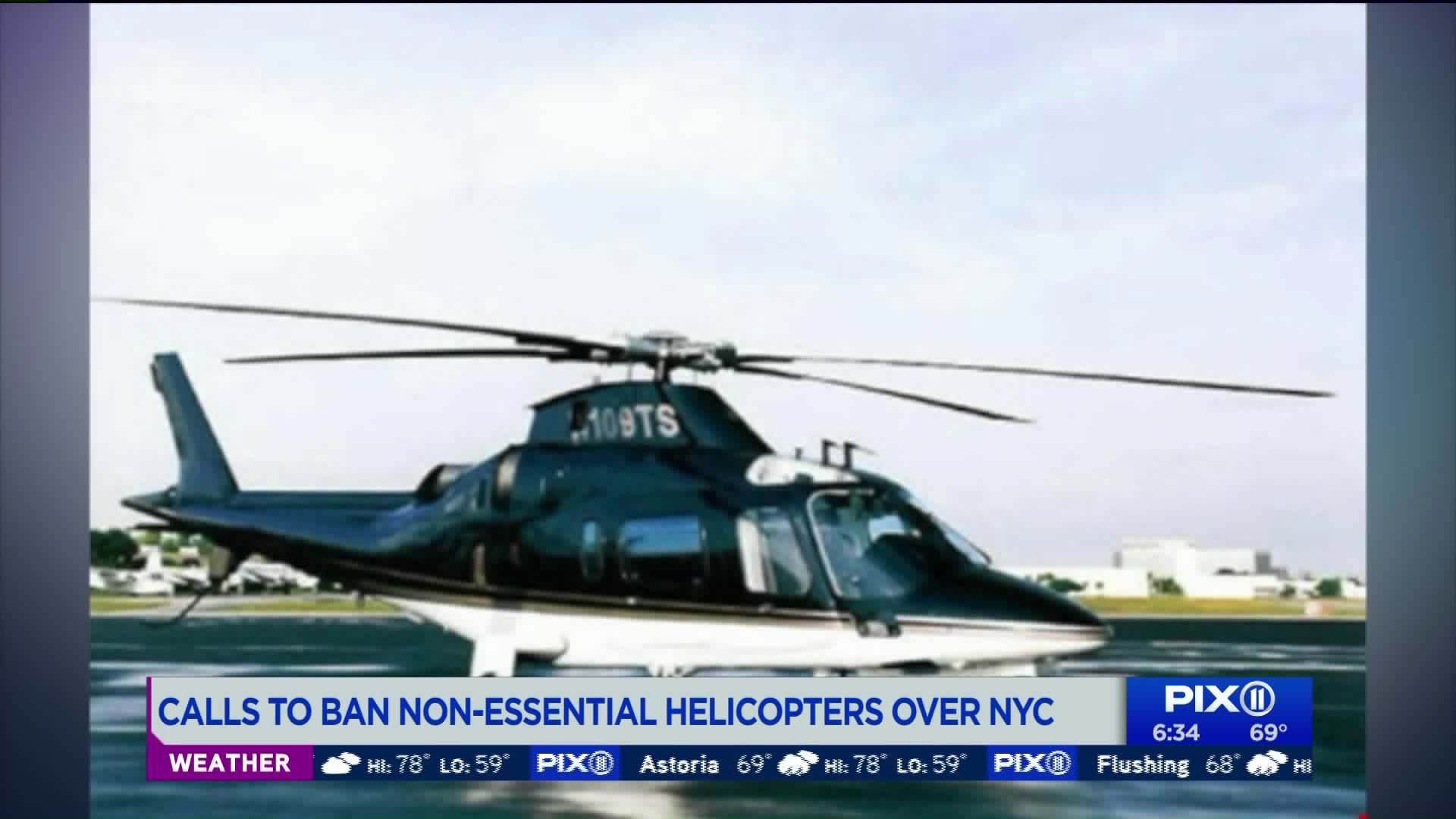 MANHATTAN — Monday's Midtown helicopter crash was the latest in a long list of chopper crashes in and around Manhattan.

Within hours lawmakers were calling for change, wanting to drastically limit the number of aircrafts that fly over New York City skies.

"We have always heard concerns about flights over Manhattan. And on a day like today, where you can see what the weather is like, the thing I want to understand next is why is someone allowed to be able take off. Today especially if it's a non-essential, non-emergency helicopter," Councilman Keith Powers said.

According to officials, the helicopter took off from the East 34th Street heliport in bad weather. It never made it to its destination, instead crashing on the roof of 787 7th Avenue. The pilot was the only person aboard and he was killed.

Congresswoman Carolyn Maloney has repeatedly called for a reduction of helicopter traffic over New York City.

"I truly, deeply believe that non-essential flight should be banned from New York City. It is just too densely populated. It is too dangerous. And there is absolutely no safe place to land," she said Monday.

A deadly helicopter accident in 1977 atop what was then the Pan Am building in Midtown, sparked protests. And while rooftop helipads are a thing of the past, the debate about helicopter safety in New York City still rages.

Only weeks before Monday's accident, a helicopter crashed into the Hudson River. The pilot was trying to land at the West 30th Street Pier when something went wrong. He survived.

And in 2018 a tourism helicopter with the door off lost power and plunged into the East River. Five passengers died. Only the pilot survived.

While Congresswoman Maloney said the definition of non-essential helicopter flights is up for debate, it could include executive and tourism flights.

Melanie Dionne works near the 34th Street heliport. She said, "I feel like it's a safety issue and it just shouldn't be happening unless it's absolutely necessary."

East Side resident Tyler Paci uses the heliport to fly to the Hamptons.

"It's definitely something that's alarming. Something that kinda comes to mind, but it's an easy way to travel, especially in the summer," he said.

In the past, when lawmakers have tried to limit helicopter flights, there was pushback from the industry. Helicopter industry advocates said both the tourism and executive flights contribute to the New York City economy.