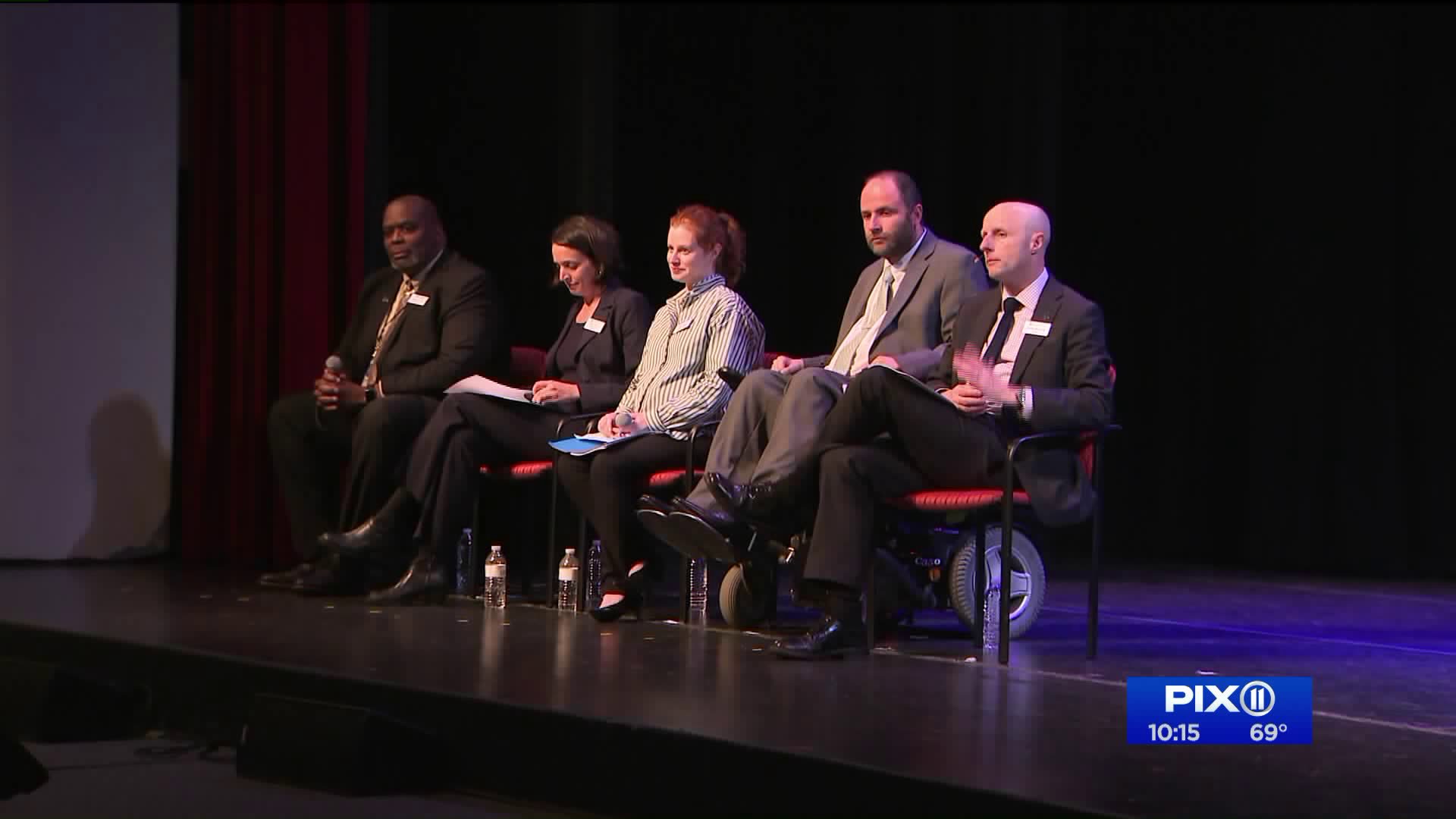 LONG ISLAND CITY - The MTA continues to make the rounds, trying to sell commuters on the future of the subways. Tonight’s stop was in Queens, where a lot of people had concerns about the debris falling from the elevated 7 train.

MTA President Andy Byford was in the hot seat at LaGuardia Community College. He headed up the panel answering submitted
questions from straphangers on how he plans to fix our subways and buses.

The MTA is pushing its “Fast Forward” program - their grand plan to have a whole new subway and bus system in place in a projected 5 to 10 years.

“I wanted to see what the state of the Fast Forward program was and is,” said subway rider Laura Ling.

The Fast Forward program includes a complete overhaul of the signal system on subways, improvement of the public announcement network, enhancing customer service and reimagining the bus network with a focus on greater accessibility for disabled passengers.

“We need better service going from Point A to B,” said Vlad Mendez. Mendez works a full-time job and relies on the subways at all hours as his main mode of transportation.

A key topic for many beleaguered 7 train riders appears to be falling debris.

There has been a string of incidents in recent months of debris falling from the elevated stretch of the 7 train in Queens.
In multiple cases, the debris struck a vehicle on the street below.

Just a week ago, another dangerous encounter along Roosevelt Ave. in Woodside had both city leaders and riders up in arms. They're now calling for protective netting.

Tonight, Byford addressed the issue head on.”We’re not just being reactive,” said Byford. “We’re being very proactive in the checks we’re doing in the revised processes we’re doing to get our crews to scour the tracks for any debris that could fall and make sure there’s nothing loose.”

In the coming weeks, transit crews will begin testing methods to secure the stretch of elevated tracks to catch or prevent debris from falling. Be it protective netting or an alternate method, the methodology is to get it right for the right solution and not cause “a secondary safety risk,” according to Byford.