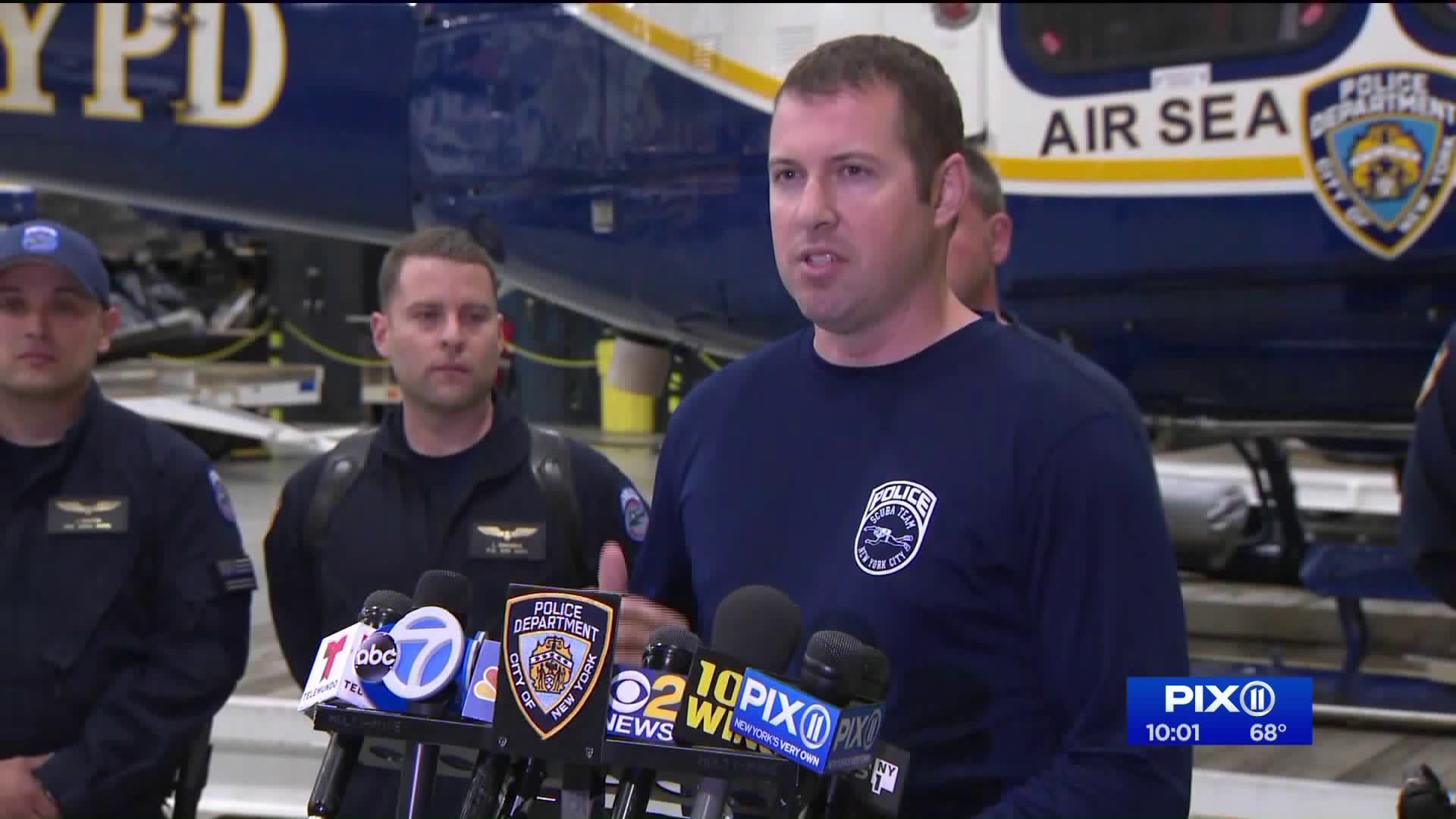 Six passengers were rescued after reports of a capsized boat on the Long Island Sound off City Island Sunday afternoon, police said. 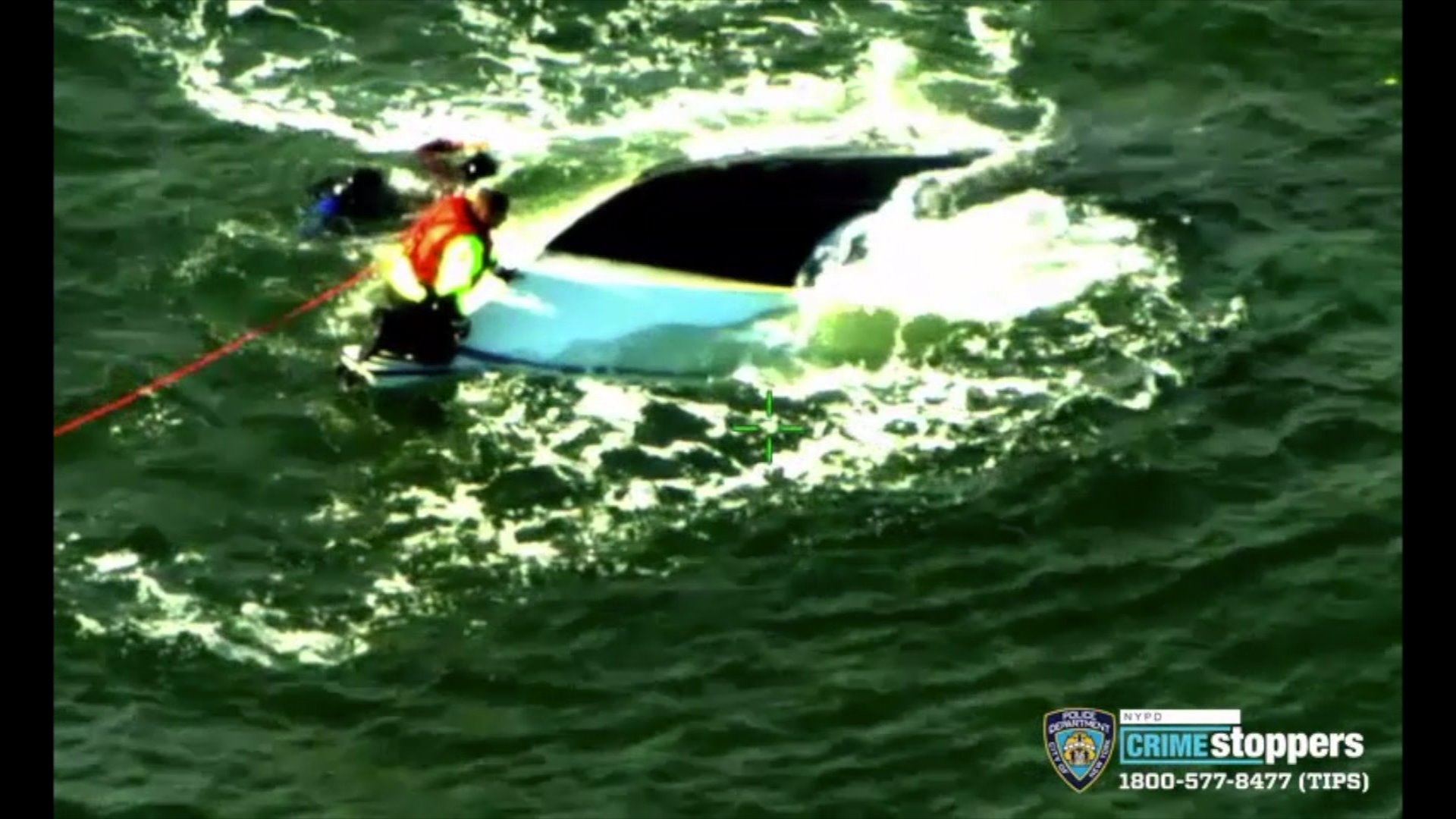 LONG ISLAND — A person is in critical condition after six people were rescued, including a trapped woman, when a boat capsized on the Long Island Sound off City Island on Sunday, officials said.

The NYPD released the above dramatic footage Monday of the water rescue of that woman, who was trapped underneath the boat and tangled in fishing gear.

Reports of the overturned vessel came in around 5:30 p.m. Sunday with reports of boaters trapped. The Tri-State Coast Guard, FDNY and NYPD all responded to the scene.

According to the Coast Guard, the vessel was taking on water. All six passengers were in the water when the guard arrived. The Coast Guard had previously tweeted that there were seven on board, but later corrected.

Those traveling were in a white haul vessel. Only the bow was out of the water when help arrived.

The passengers were removed from the boat 300 yards from Sands Point.

One of those rescued was trapped under the boat, prompting a mission that Detective Chris Maher, pilot with the NYPD Scuba Squad, described as "gutsy."

“There was along of fishing at that point I see bare feet. I felt the woman’s hand,” said Detective Brian Mullen, who took part in the rescue. “When I felt the feet move I thought, thank God.”

The woman was the only one trapped, and according to the detectives was understandably happy with the rescue, calling it a case of "right place, right time."

The Coast Guard tells PIX11 that among the six people on board, one is in critical condition. Everyone on the vessel was transported to North Shore University Hospital.

#Update: The missing person has been found and all individuals being transported to North Shore University Hospital. #Correction: 06 people total on board the recreational vessel. Medical conditions are unknown at this time. @NYPDnews #SAR

The Coast Guard was on the scene near Execution Rock with other agencies.

Nassau County Police say they do not suspect criminal activity.

Watch the full news conference from Sunday below: