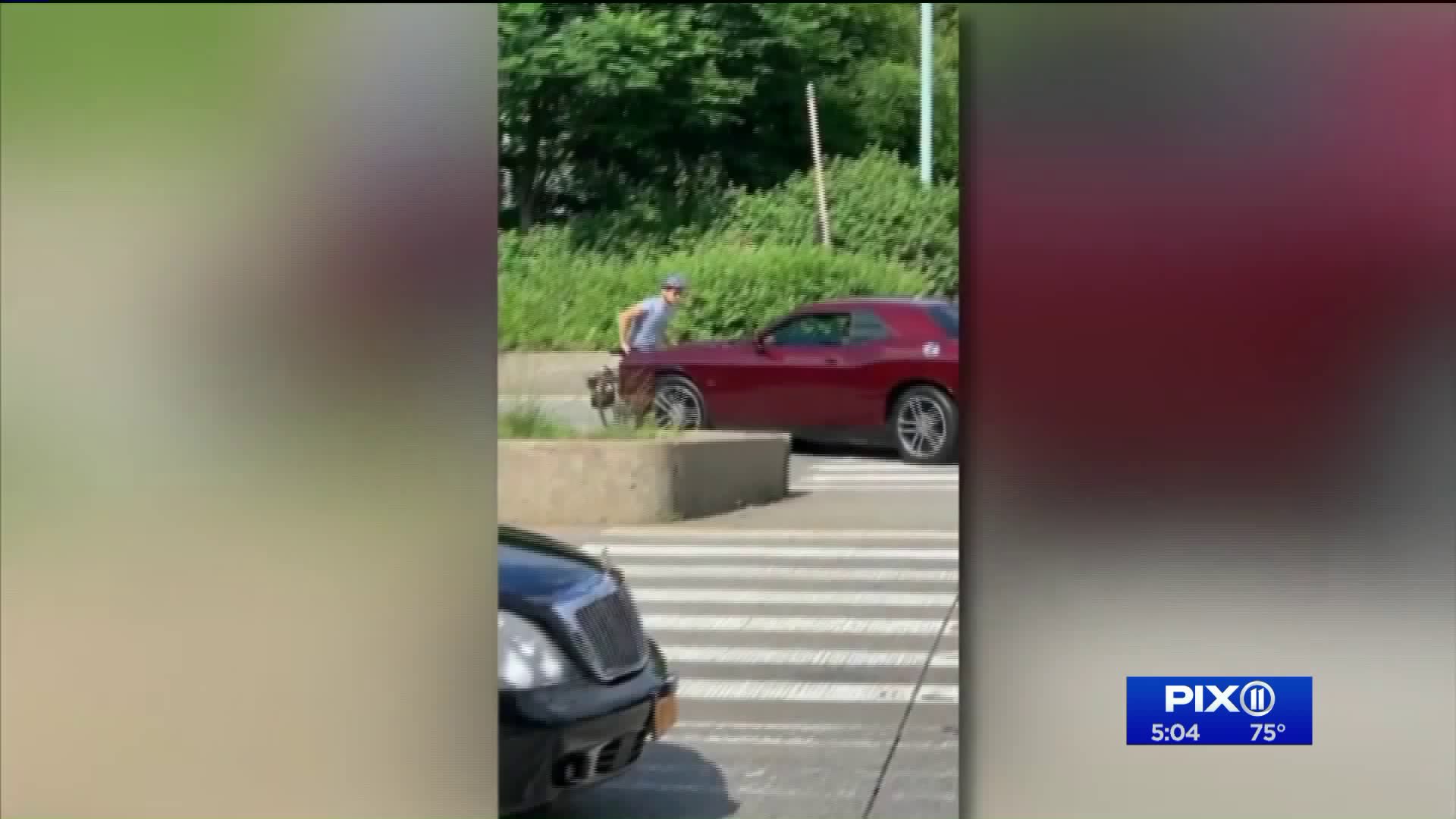 A shocking and disturbing video is causing both the NYPD and FDNY to open investigations into what looks like a road rage incident. 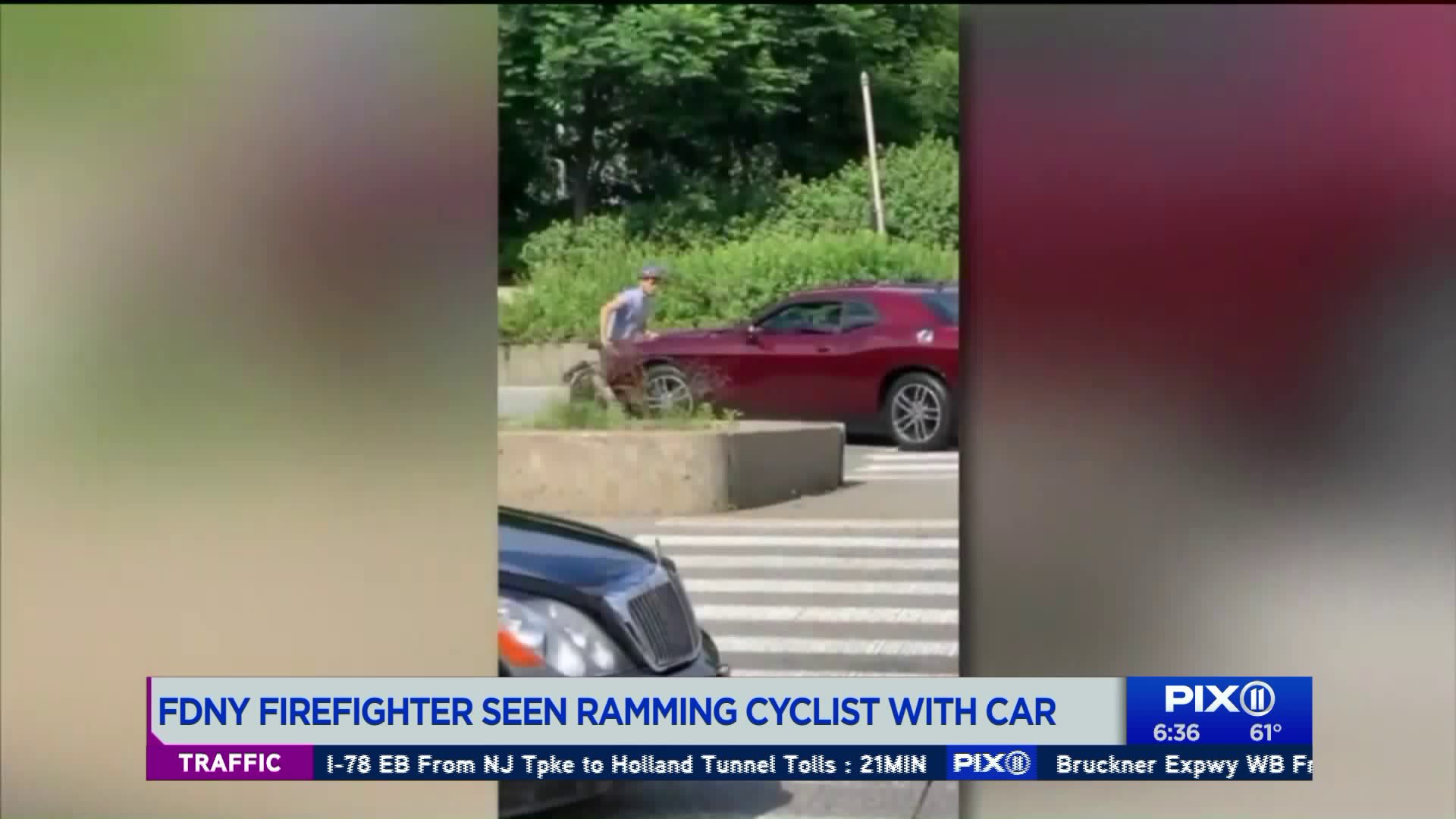 CHELSEA  — A shocking and disturbing video is causing both the NYPD and FDNY to open investigations into what looks like a road rage incident.

The driver of a red car appears to be trying to run over a cyclist in the video, repeatedly ramming the bicyclist with the front of his car.

One eyewitness, Liz Gonzales, who took the video also took to Twitter, saying the driver almost hits the biker. The biker then becomes confrontation before the driver takes the biker's phone and proceeds to run him over. Gonzales adds that the driver should be in jail.

Driver almost hits biker. Biker gets confrontational. Driver takes biker’s phone, proceeds to run him over. Driver should be in jail along with his https://t.co/sKsyCSRCTZ shirt. pic.twitter.com/4O5LGT0Pnl

Police confirming the incident happened Thursday morning at 9 a.m. at 12th Avenue and West 24th Street, along the west side highway. By the time police arrived, both the driver and cyclist were gone. The eyewitness filed a complaint of reckless endangerment, according to police.

According to The Gothamist, the driver of the red car is an off-duty FDNY firefighter, Brauley de La Rosa. The article claims he told The Gothamist the video does not tell the whole story.

This video is disturbing. This driver must be held accountable. My district office is talking to the NYPD and monitoring the situation. If you have any more info please call the NYPD 10th Precinct at 212-741-8226 or the Detective Squad at 212-741-8245. https://t.co/Qd6r6EsMqU

New York City Council Speaker Corey Johnson tweeted on Friday that the driver must be held accountable. He is asking for more witnesses to come forward.