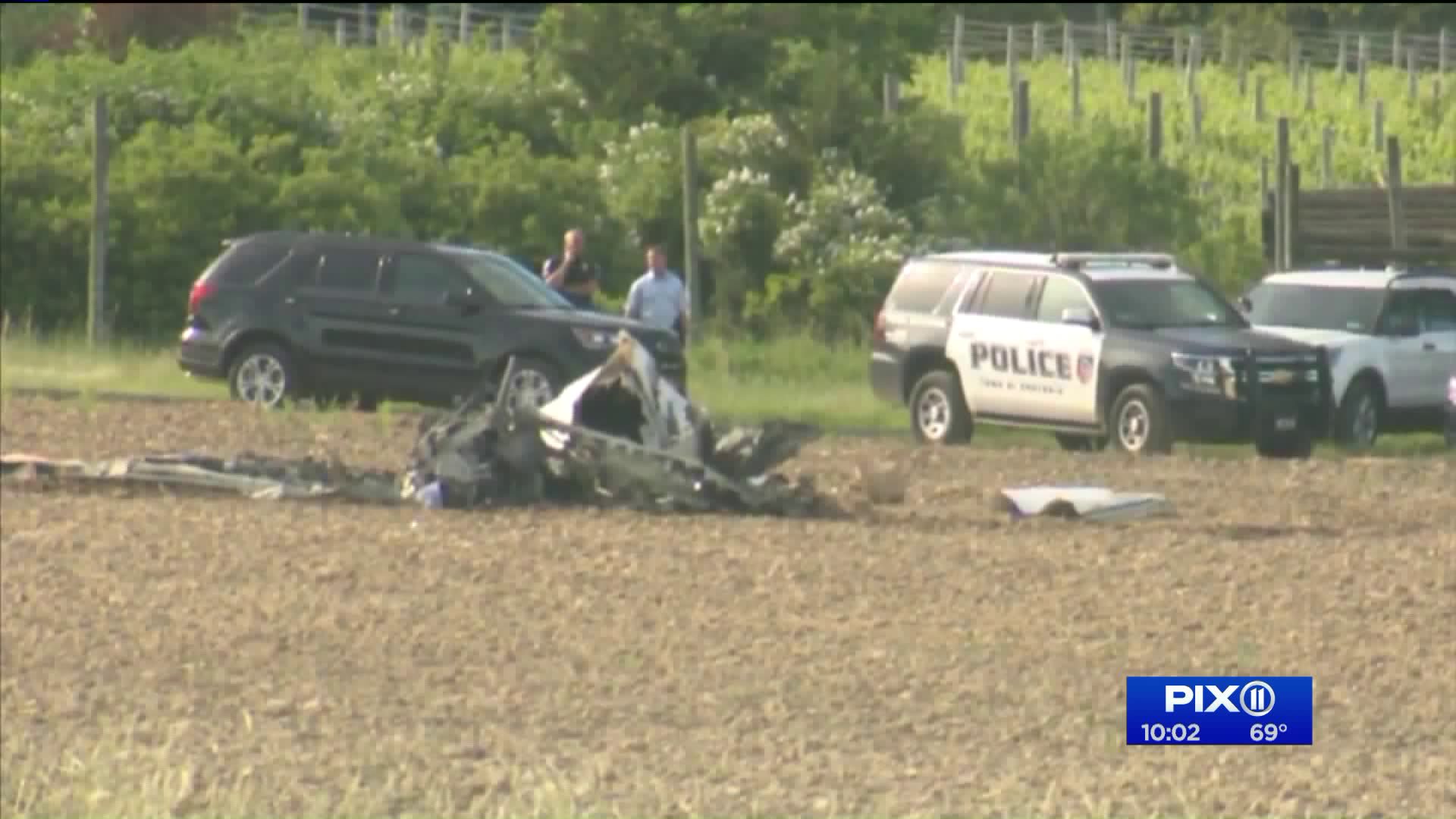 A small plane crashed in a farm field on Long Island`s east end and burst into flames.

SOUTHOLD, N.Y. — Police have released the names of the two people that died when a plane crashed in a farm field on Long Island's east end and burst into flames.

The couple have been identified as 66-year-old Robert Mark and 57-year-old Susan Quagliano. Southold Police described the two as a "long-time couple."

By the time firefighters got to the burning aircraft about a mile off of Sound Avenue in Mattituck, there wasn't much left of the plane, the two people on board had died.

Just before it crashed, a witness saw the plane in distress.

"The plane crossed the road in front of him at a very very low altitude," said Senior Air Safety Investigator Brian Raynor from the National Transportation Safety Board.

Witnesses told investigators they believe the pilot purposely tried to make an emergency landing in the empty field, away from people. About a half mile to the south of the crash site is Harbes Farm, a popular gathering spot for families. Just to the north, beyond the tree line are homes.

Even more amazing is that a dog that was on board the plane somehow managed to survive the crash.

The plane, a Beechcraft A 36 Bonanza, took off from MacArthur airport around 9am Saturday morning in good weather. The craft was heading to New Bedford, Massachusetts.

About 15 minutes into the flight, investigators say the pilot declared an emergency starting he was losing engine power. Moments later the plane crashed.

The NTSB says it could be months before they can determine exactly what caused the plane to go down.

The rescued dog is now with the victims' family.