Visitors from around NY, the world visit Belmont Stakes 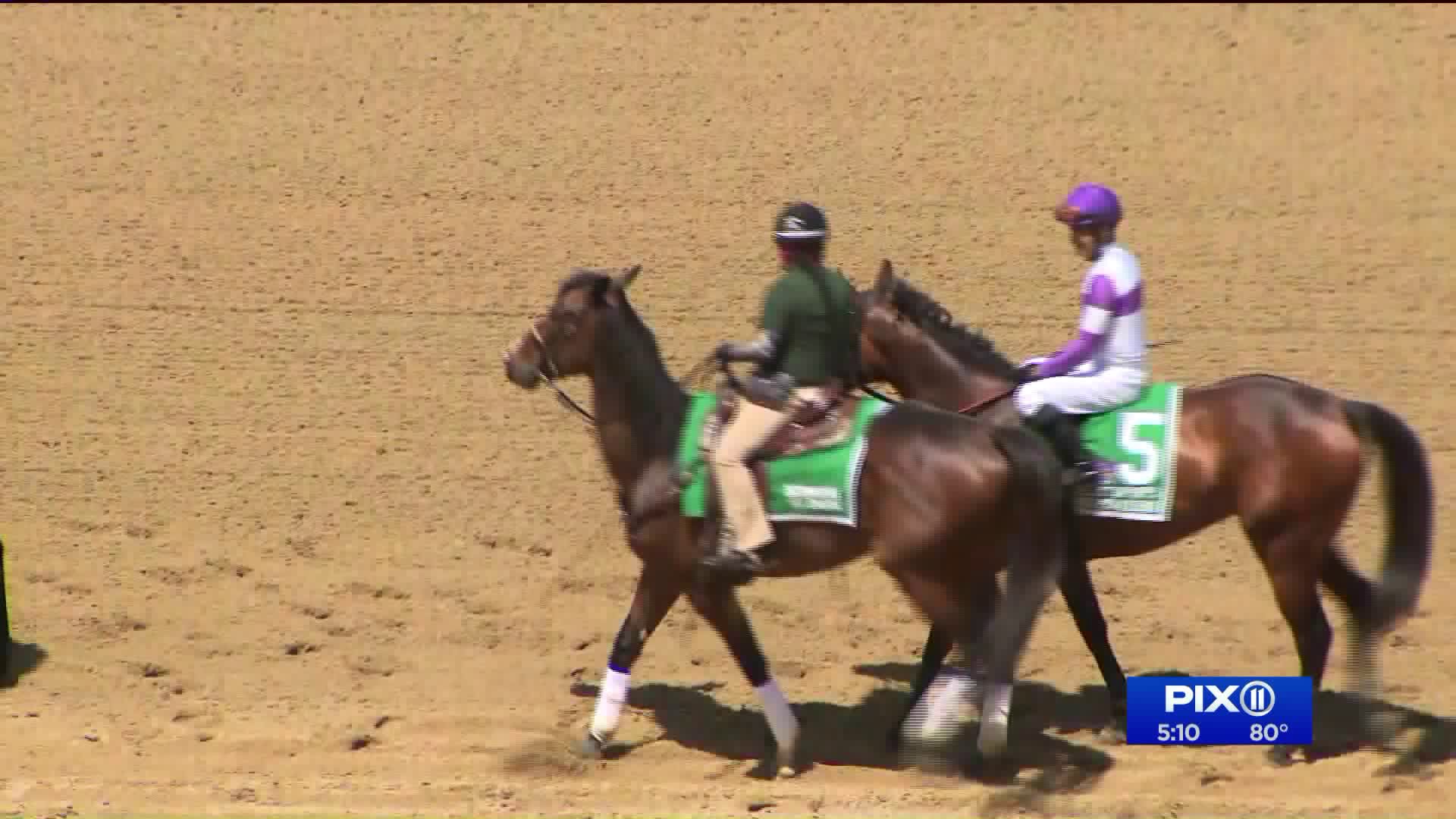 Fans and friends from around the world took in the Belmont Stakes in New York`s Belmont Park on Saturday.

BELMONT — There's no Triple Crown winner coming from the 2019 Belmont Stakes, but that hasn't stopped fans and friends from gathering at New York's Belmont Park.

"We've seen five Triple Crowns in our time here, been a great run," said Tony Aretakis. He and his friend Jack Robinson have been attending the race for 50 years.

"We said 'where are we gonna' meet after college?,' and we said Belmont Stakes. We've been coming here since Majestic Prime won in 1969."

Aretakis lives in Florida, Robinson in Pennsylvania. "We said no matter where you live in the country, you have to come back here for Belmont Stakes," Robinson said. And so it became a tradition.

The best friends were just two of tens of thousands who were at Belmont Park Saturday eating, drinking, betting and donning their best hats and suits.

“It’s beautiful the weather is great food friends,” said Joyce Giuliano, who brought her family there for their first Belmont.

Scott Hale is visiting all the way from Scotland. “I always wanted to come to Belmont... summertime, I thought it was a good time to come and see," he said. "Now I'm here.”

This is the 151st annual Belmont Stakes, the biggest horse race in New York every year. Families say the day at the racetrack means family time, across the board. The big race lasts only two minutes, but fans who come every year say the memories last a lifetime.