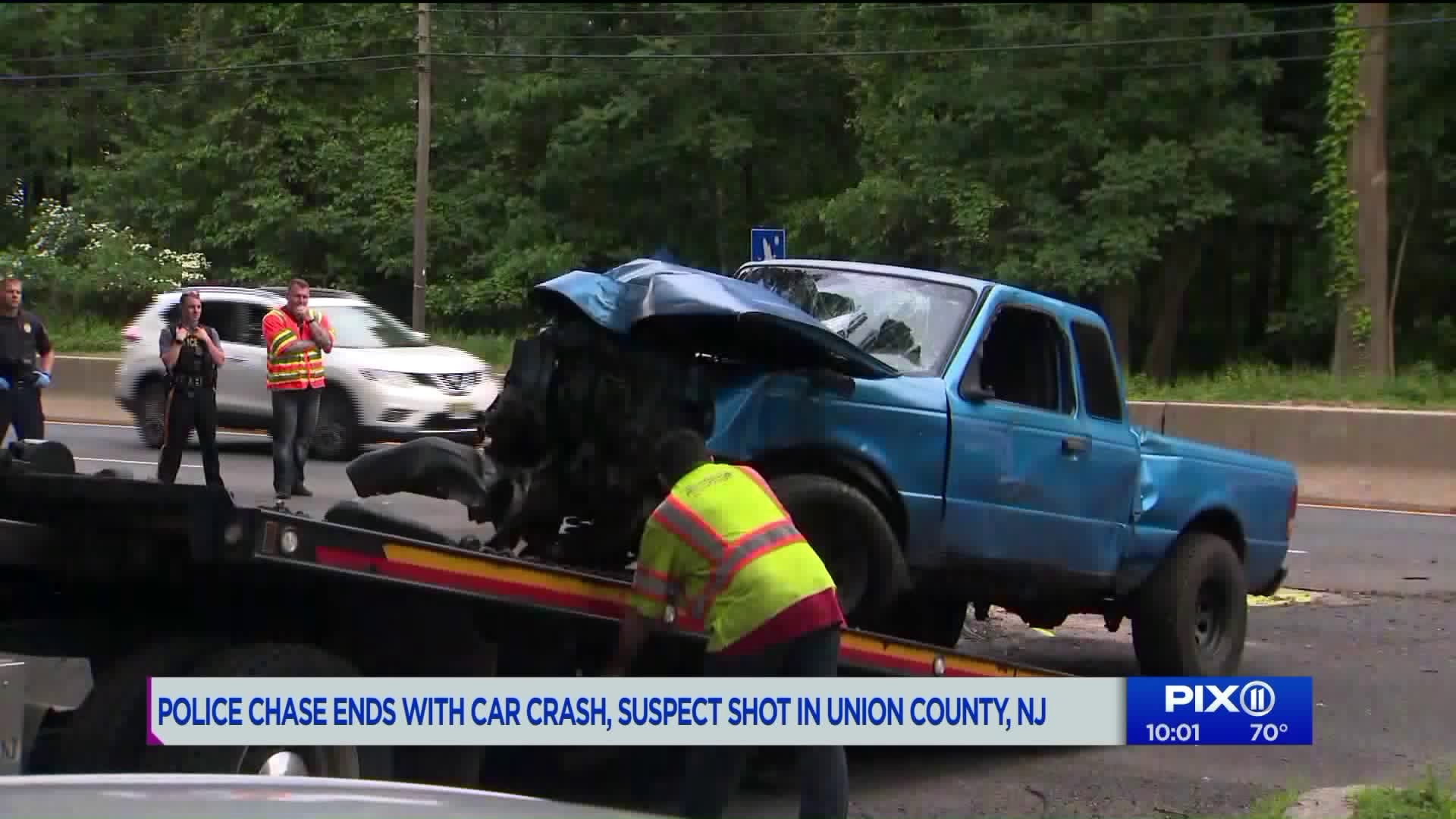 A traffic stop in Union County, New Jersey escalated quickly when the suspect took off in a blue pickup truck right before crashing.

MOUNTAINSIDE, N.J. — A traffic stop in Union County, New Jersey escalated quickly when the suspect took off in a blue pickup truck right before crashing.

Drivers inching along during Friday evening's rush hour on Route 22 West in Mountainside, New Jersey likely had no idea a crash involving a badly damaged, blue pick up truck was only part of a much bigger story.

It began with a traffic stop further east in Union that turned into a full on police chase.

Lester Krek, 32, the driver of the pickup crashed into two trees along Route 22 and then came to a rest at Robin Hood Road.

"The impact sounded to me, almost like a dump truck," said Hector Veron, who lives at the corner. "Our concern was that it could possibly turn into a situation where he would try to overtake a school bus with the kids."

The suspect snuck his way onto Hector’s property and then slinked his way through several more backyards.

"About 15 police officers, unmarked, detectives... all sorts of cops just started running through the backyard and started searching through the woods," said Veron.

Police were conducting a full on manhunt in this quiet, residential neighborhood.

Responding police officers finally caught up with the suspect two blocks away, on Larkspur Drive. A brief physical altercation ensued and ended with the sergeant discharging his service weapon, striking Krek.

Krek was taken to the University Hospital of Newark for non-life-threatening injuries, police said.

"Yeah, we heard the shot. Just one. At first it was like, 'Was that what we think it was?'," said Veron.