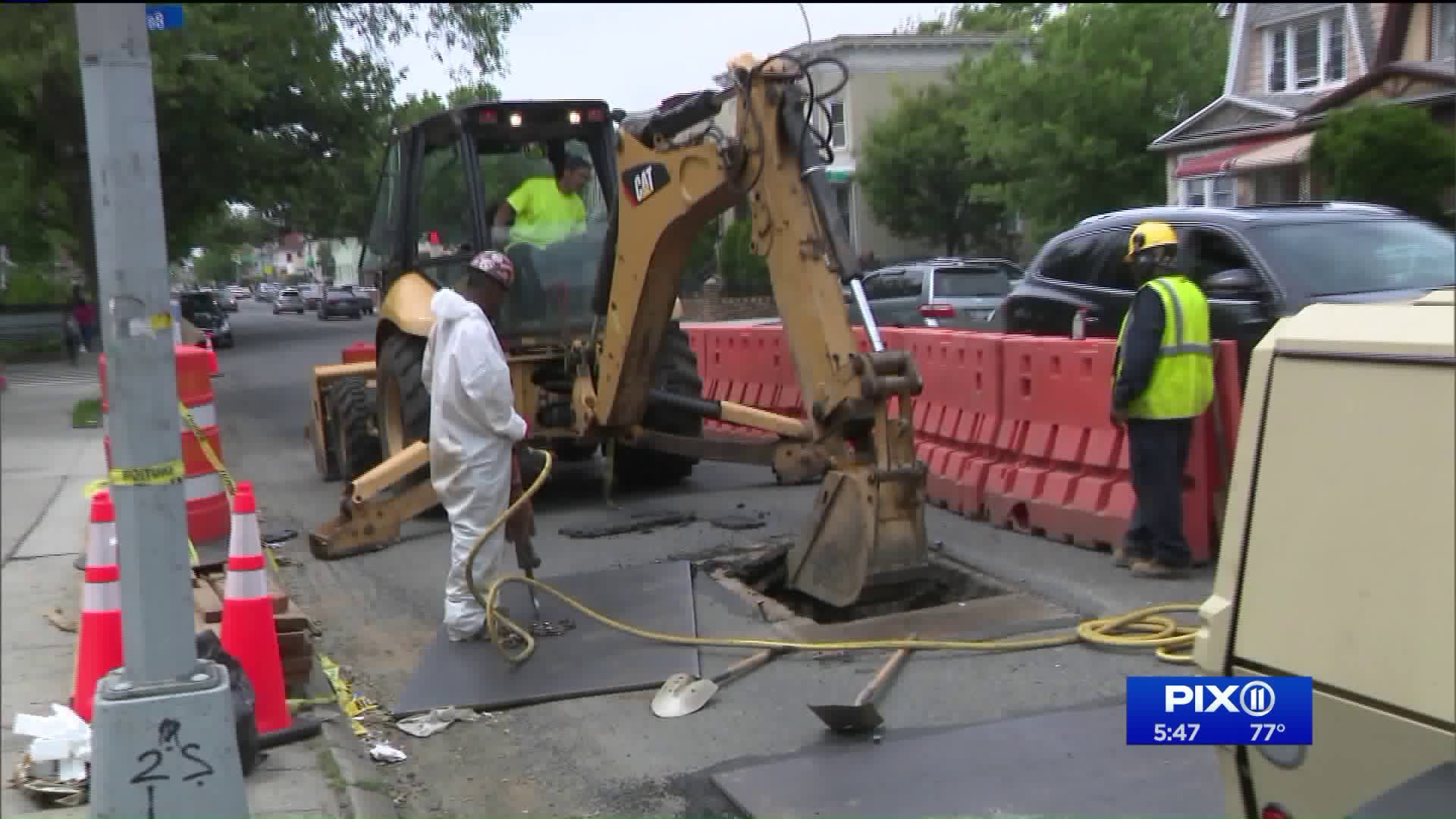 Verizon stepped in after Monica Morales reported on the continued stuggle for one Bronx neighborhood. Plus, we revisit a story form earlier this week with good news for neighbors.

BROOKLYN — At Avenue D and East 35 Street in East Flatbush, Assemblyman Nick Perry reached out to PIX11 for help.

“This street is unbelievable," Perry said, commenting on the area's intense pothole issue.

"Problems on this street have been going on since 2015," Perry said. "My constituents here have spent thousands of dollars to repair the water main issue and plumbing and it keeps occurring."

Crews were seen Friday fixing the problem on the entire street.

Michael Daly is a Bronx father of two who is on a mission.

“My daughter is graduating from kindergarten. I’m getting her a new dress,” said Daly.

Daly says kids can be tough, but what’s even tougher to navigate he says are the sidewalks just outside the Castle Hill Houses on Randall Avenue.

“Plenty  of times here, the stroller almost flipped over on me and I’ve seen people’s shopping carts go over too,” Daly said.

“I'm going to go bump bump bump  all the way down the stretch,” said Carole Moore, a Castle Hill Houses resident in a wheel chair.  Moore says for her, the sidewalk that spans an entire block is downright dangerous.

“I go in the middle of the street everyday to avoid the sidewalk if I want to go to the store,” said Moore.

A spokesperson for the City’s Department of Transportation said, “Randall Avenue between Olmstead and Castle Hill Avenue is scheduled for sidewalk repair this construction season.” Also according to a spokesperson, the repairs to the sidewalk will be done within the next few months.  PIX11 News will monitor the progress of repairs.

If you have a story email monica@pix11.com.