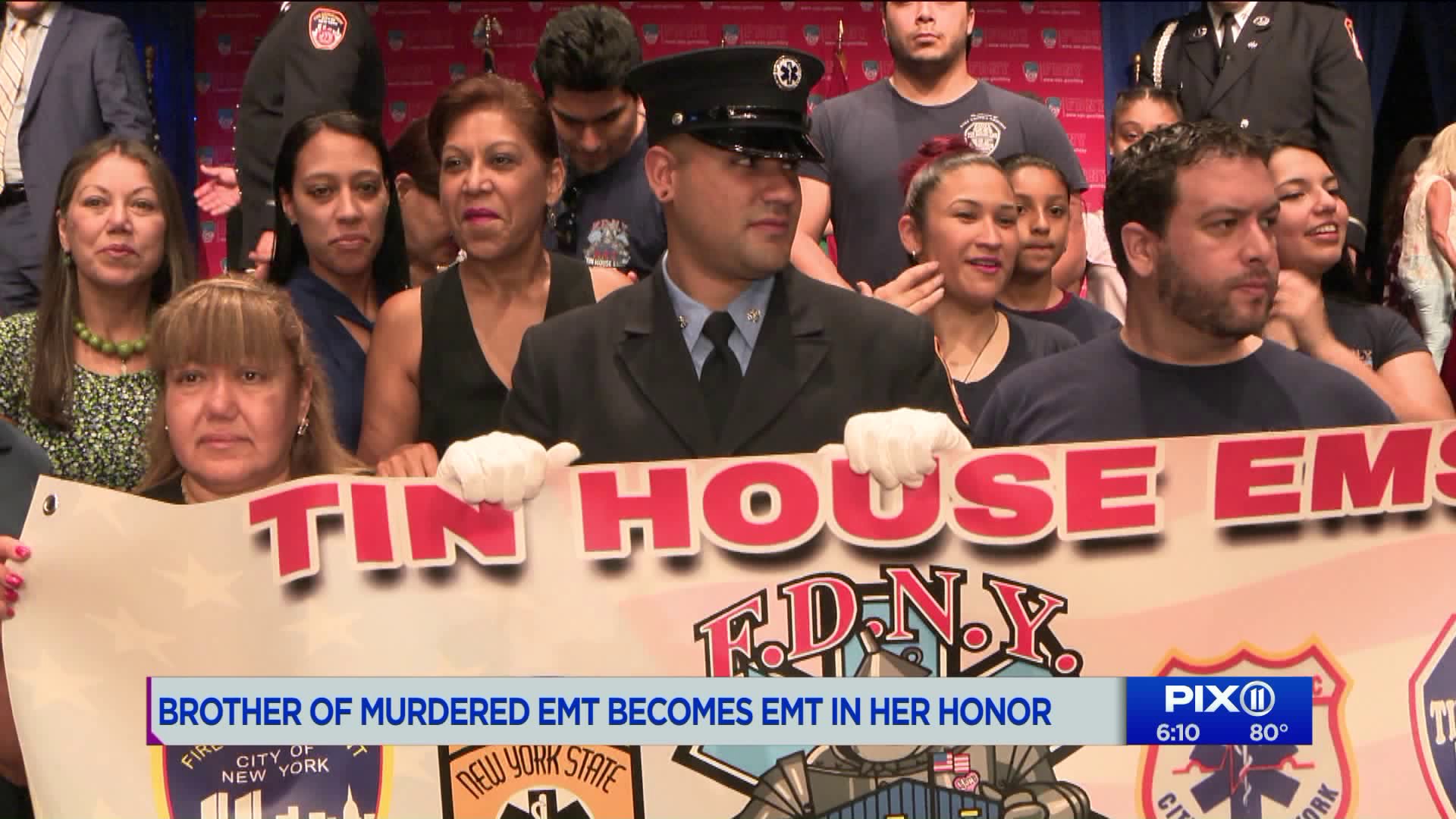 FDNY about the brother of murdered EMT Yadira Arroyo graduating: "I am overjoyed her brother is now our brother"

BROOKLYN — There was only one close family member missing when 32-year-old Joel Rosado received his certificate at the FDNY EMS Promotion and Graduation ceremony.

Amid shouts and cheers of “Yadi, Yadi," Joel’s big sister, Yadira Arroyo, was very much present in the hearts and minds of everyone there, in the packed Christian cultural center, particularly her little brother.

Rosado had been an EMT for three years, but now he's joined the ranks of the FDNY EMS.

“I’m shocked that I’m joining the best department in the world,” Rosado told PIX11 News. When PIX11 asked how much was he thinking of his sister today, he answered: “all the time.”

The 44-year-old Arroyo, a mother of five boys, was killed while working an overtime shift when Jose Gonzalez allegedly stole her ambulance and ran her over with it. He has yet to stand trial.

At this two hour ceremony where there were 37 new lieutenants, 60 new paramedics and 173 new EMTS, Joel Rosado’s graduation held the most meaning for all.

Arroyo’s five sons did not attend the ceremony, but her parents, aunts and uncles did.

“We’re still grieving over death of Yadi, but today we give ourselves permission to be happy,” Ali Acevedo-Hernandez, Arriyo’s aunt told PIX11. “It’s a big accomplishment for Joel to be following in her footsteps."

And those who worked side by side with Yadi can’t wait to show her little brother the rope.

“I am sure Yadi is looking down and very happy,” Chaz Perry, a paramedic from station 26 in Soundview, The Bronx, told PIX11 News. “I am overjoyed her brother is now our brother."

Rosado has already started working at his sister’s station with her same badge number.