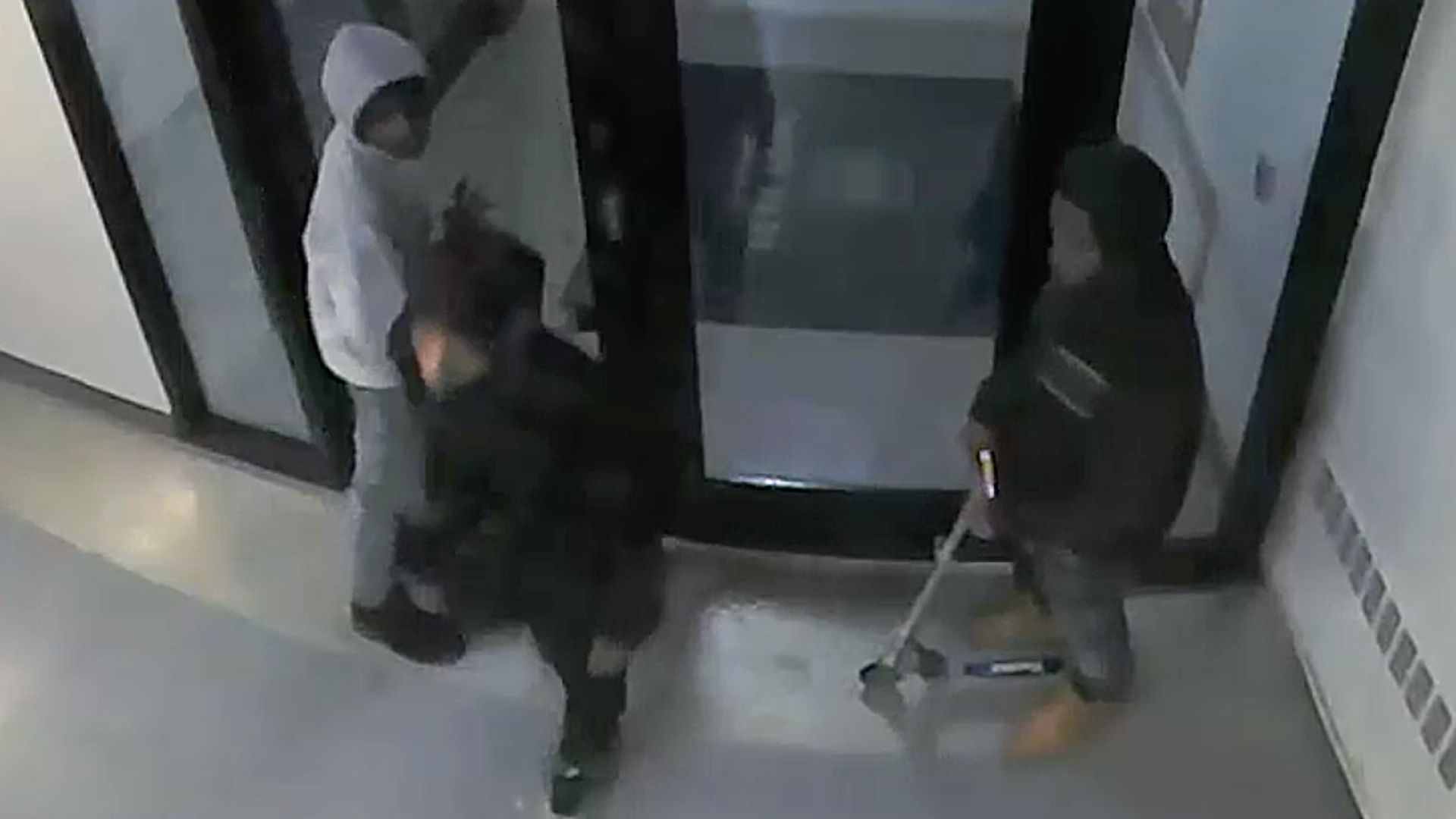 Raw surveillance footage of three men police are looking for in connection with the assault and robbery of a pizza delivery man in Harlem on May 29, 2019.

HARLEM — Police say they're looking for three men in connection with the violent robbery of a pizza delivery man in Harlem in late May.

Authorities said on Wednesday, May 29, a 20-year-old pizza delivery man entered the lobby of 2300 Fifth Ave. in Harlem around 8 p.m. when he was approached by three unidentified men, one of whom displayed a knife and demanded his property.

The men proceeded to punch the delivery man in the face, take the pizza he was delivering and $20 in cash, and fled in an unknown direction, according to police.

EMS responded and the victim was transported to an area hospital with a minor injury, police said.

The NYPD has released the above surveillance footage of the men they're looking for, describing them as all in their late teens or early 20s, last seen wearing all dark clothing.