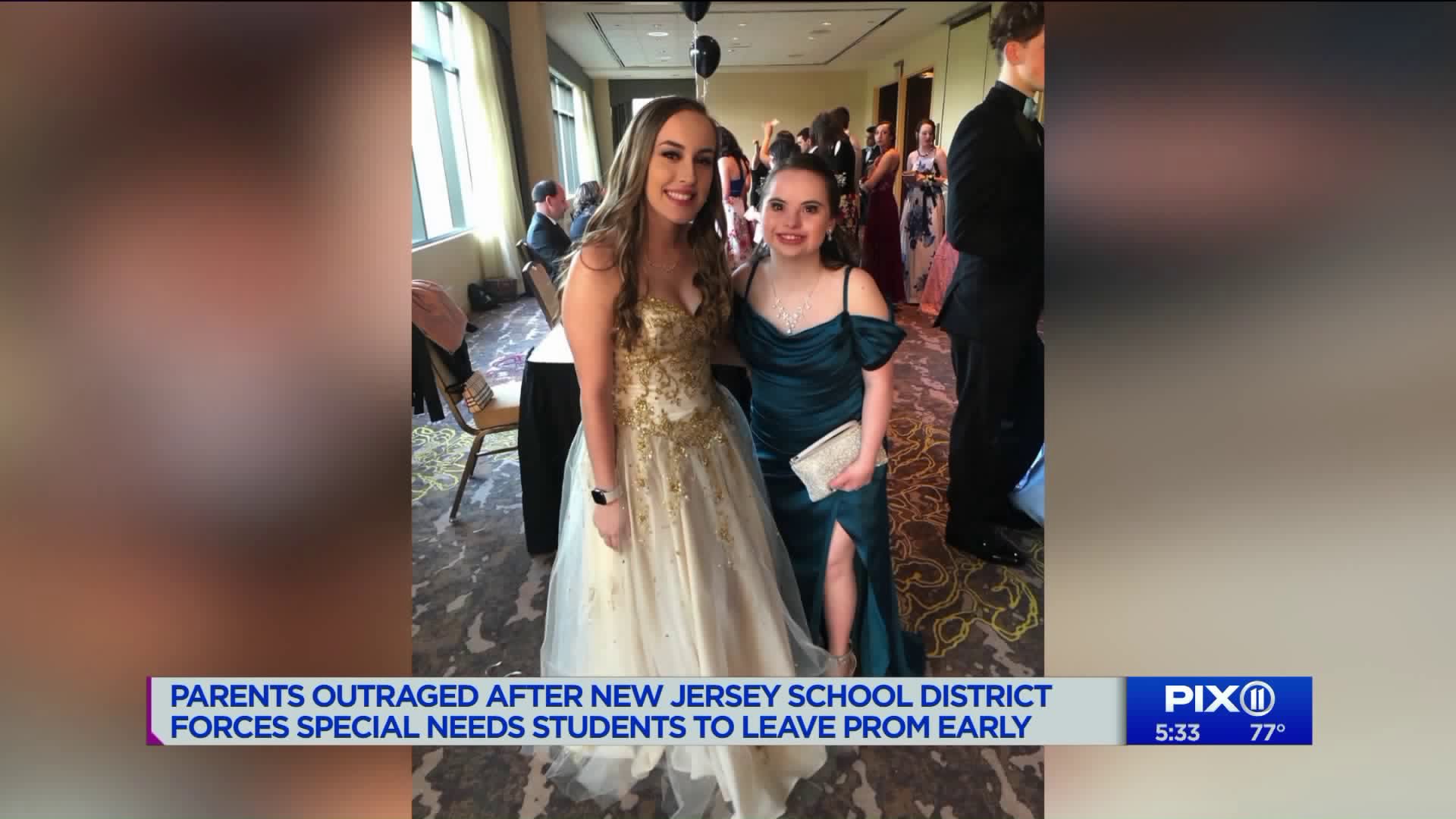 A New Jersey school district admits a group of special needs students were forced to leave prom early and now district officials are calling that a mistake. Their parents are demanding accountability and answers from the district, about why their kids special night was ruined.

HILLSBOROUGH - A New Jersey school district admits a group of special needs students were forced to leave prom early and now district officials are calling that a mistake. Their parents are demanding accountability and answers from the district, about why their kids special night was ruined.

"I was dancing with my friends having a good time," said 17-year-old Luke Myers, who attended Hillsborough High School's prom as a guest. He has special needs and attends a separate school but lives in town.

Prom night for Myers and his friends started off normal - smiles, photos and a limo ride.

Then, with roughly an hour still to go, they were told it’s time to leave. Even though the prom king and queen had not been crowned yet.

"I’m really sad that the aides escorted us out," said Myers. "I’m still hurt by it."

When aides told them to go, the teens protested.

"No matter what our students did to try to stand up, to try and correct this before the night was destroyed, they were dismissed," said Katherine Trusky, whose 18-year-old daughter with down syndrome came home in tears.

"My daughter is traumatized. She has been crying at night," said Marty Mayes, another parent whose teen was heartbroken.

Hillsborough School District tells PIX11 that this should never have happened. In a 3-page letter, they stated in part:

"The Board of Education offers its sincerest apology… the administration is taking steps to ensure that this type of error will not happen again.”

The district said it is committed to ensuring a non-discriminatory educational environment for all students. District officials did investigate and found that: "... while certain parents of students with disabilities requested an early dismissal from the prom, these students were erroneously dismissed."

"Children with disabilities need opportunities. They need some kind of normalcy. And in this case a prom, a capping event for their high school, it was denied," said Debbie Myers-Eisenberger, Luke's mom.

The teens have been invited to attend at least two other proms hosted by private special needs organizations elsewhere in the state.