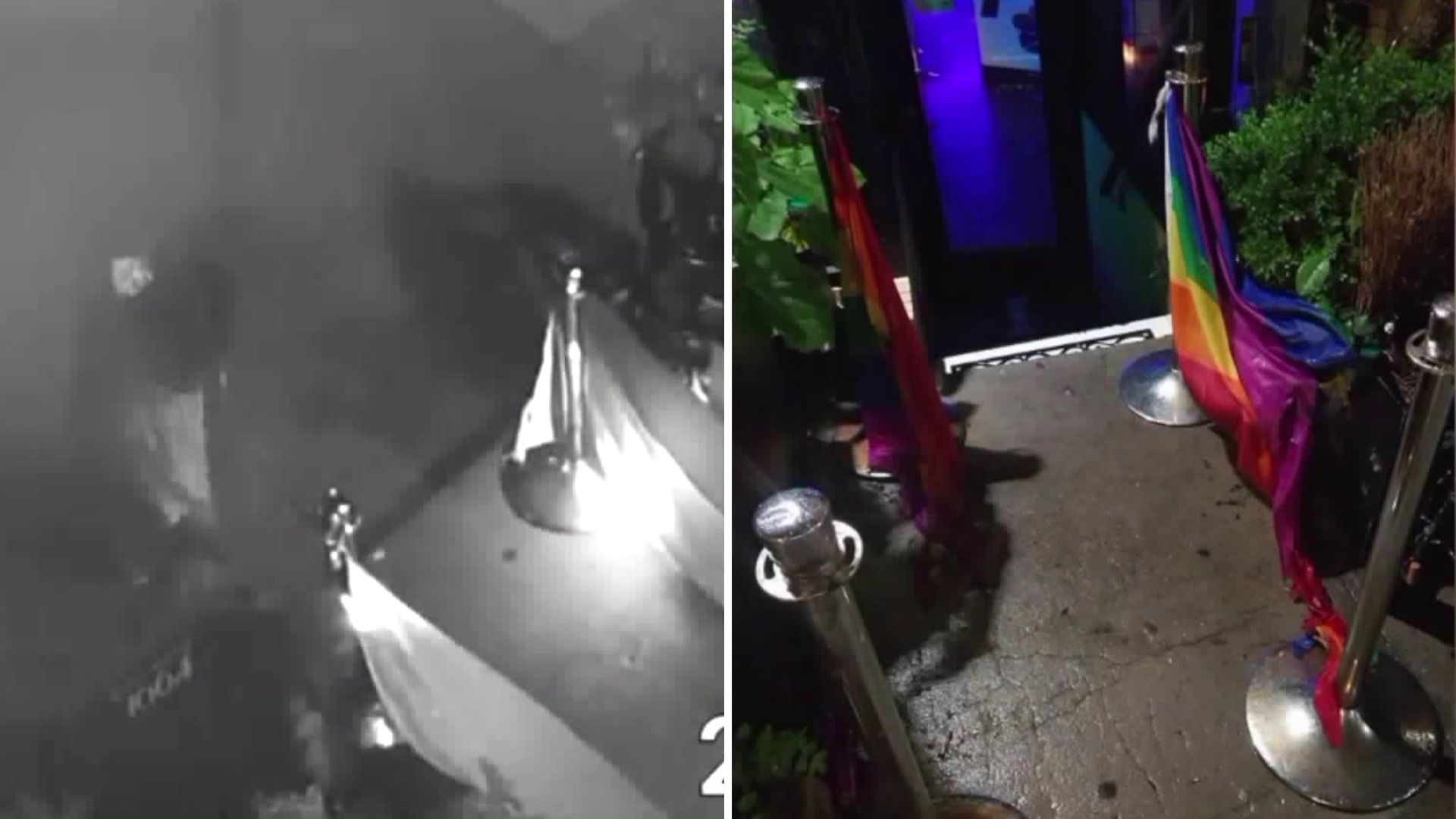 HARLEM — The NYPD has released new surveillance footage of a man setting LGBTQ pride flags on fire outside a Harlem bar last week, while they continue to investigate the incident as a hate crime.

On Friday, May 31, just after midnight, an unidentified man intentionally set fire to two rainbow flags hanging outside Alibi Lounge, located at 2376 Adam Clayton Powell Jr. Blvd., while the bar was still open and had patrons inside, police said.

There were no injuries reported and luckily the rain helped extinguish the flames.

Police confirmed the incident is being treated as a hate crime.

The incident happened the day before the start of LGBTQ Pride Month, which is celebrated each June, honoring the 1969 Stonewall riots in Manhattan that were the tipping point for the gay rights movement in the United States.

The month ends with WorldPride on June 30, which this year will take place in New York City to commemorate the Stonewall riots’ 50th anniversary.

Alibi Lounge was opened in 2016 by former human rights attorney Alexi Minko, according to the Center for Black Equity.