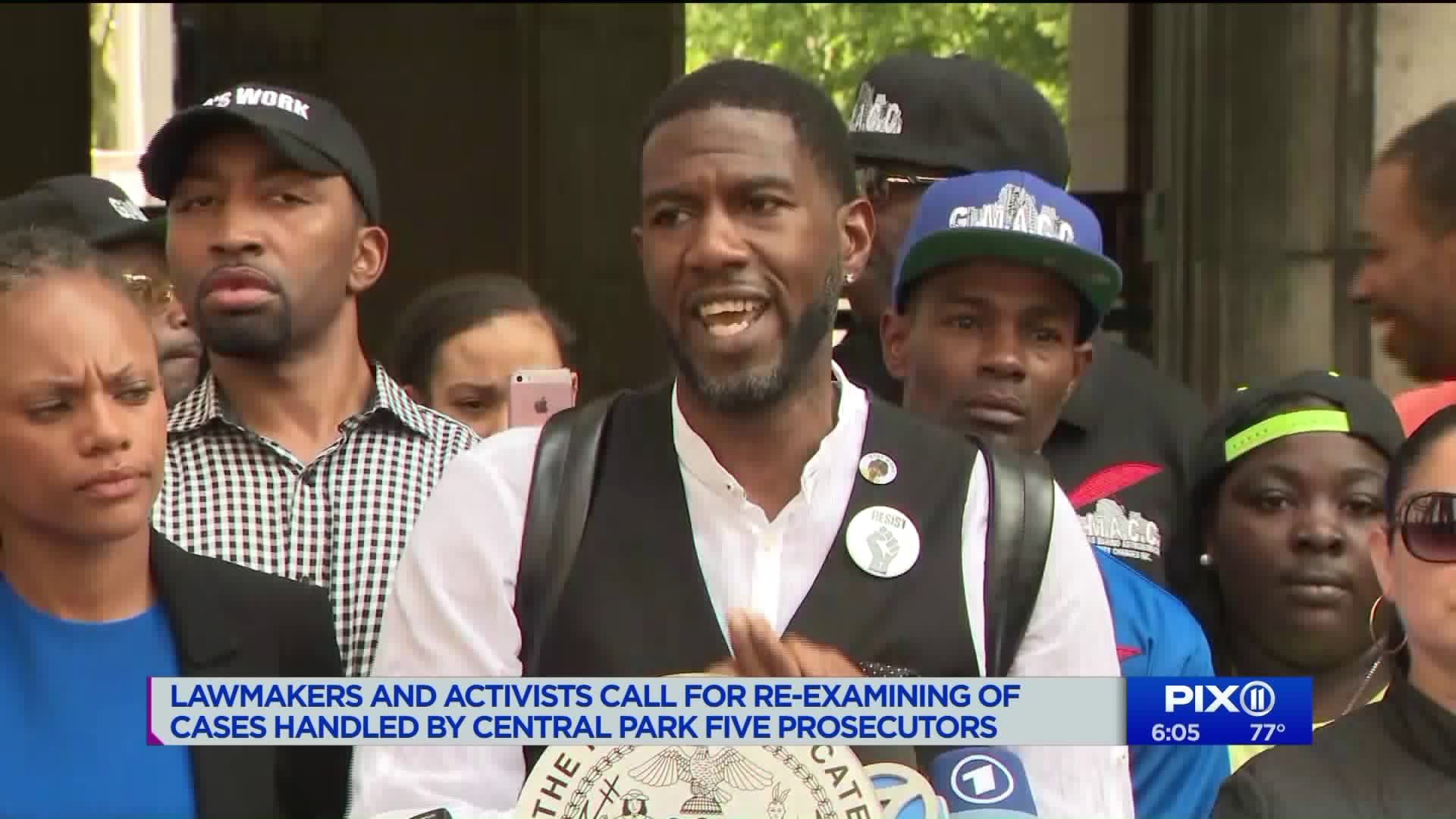 Led by Public Advocate Jumaanee Williams, lawmakers and activists are calling for the re-examining of perhaps hundreds of cases handled by two prosecutors linked to the notorious Central Park Jogger cases.

NEW YORK -- With backlash building against prosecutors involved in the notorious Central Park Jogger cases following the Netflix miniseries “When They See Us” — the Manhattan District Attorney's Office is so far resisting calls for his office to take action.

“You cannot go on and have a fruitful life after you destroy five young people’s lives as well as their families,” said Public Advocate Jumaane Williams surrounded by lawmakers and activists.

They are calling for the re-examining of perhaps hundreds of cases handled by two prosecutors linked to the notorious case.

“Especially those cases where there was no DNA evidence,” Williams said.

“When They See Us” explores the arrest of five teens, their coerced confessions, wrongful conviction and years later the overturning of those convictions — all following a brutal rape and assault of a jogger in Central Park back in 1989.

Fairstein is now retired, and a successful author. Due to backlash has already begun retreating from public life.

Williams will soon send a formal letter to Vance with his demands; however, Vance seems disinclined to take any action.

His director of communications released this statement:

“We will review the letter. We believe DA Morgenthau made the right call in 2002 when he reinvestigated the case and dismissed the indictments against Antron McCray, Kevin Richardson, Yusef Salaam, Raymond Santana, Jr., and Korey Wise. His exhaustive reinvestigation – which culminated in a 58-page memorandum supporting the dismissal filed by this Office at that time – found no evidence of misconduct by the prosecutors who originally litigated the case, and in 2014, New York City Corporation Counsel Zach Carter conducted an independent review which concluded that ‘both the investigating detectives and the Assistant District Attorneys involved in the case acted reasonably, given the circumstances with which they were confronted on April 19, 1989 and thereafter.’”