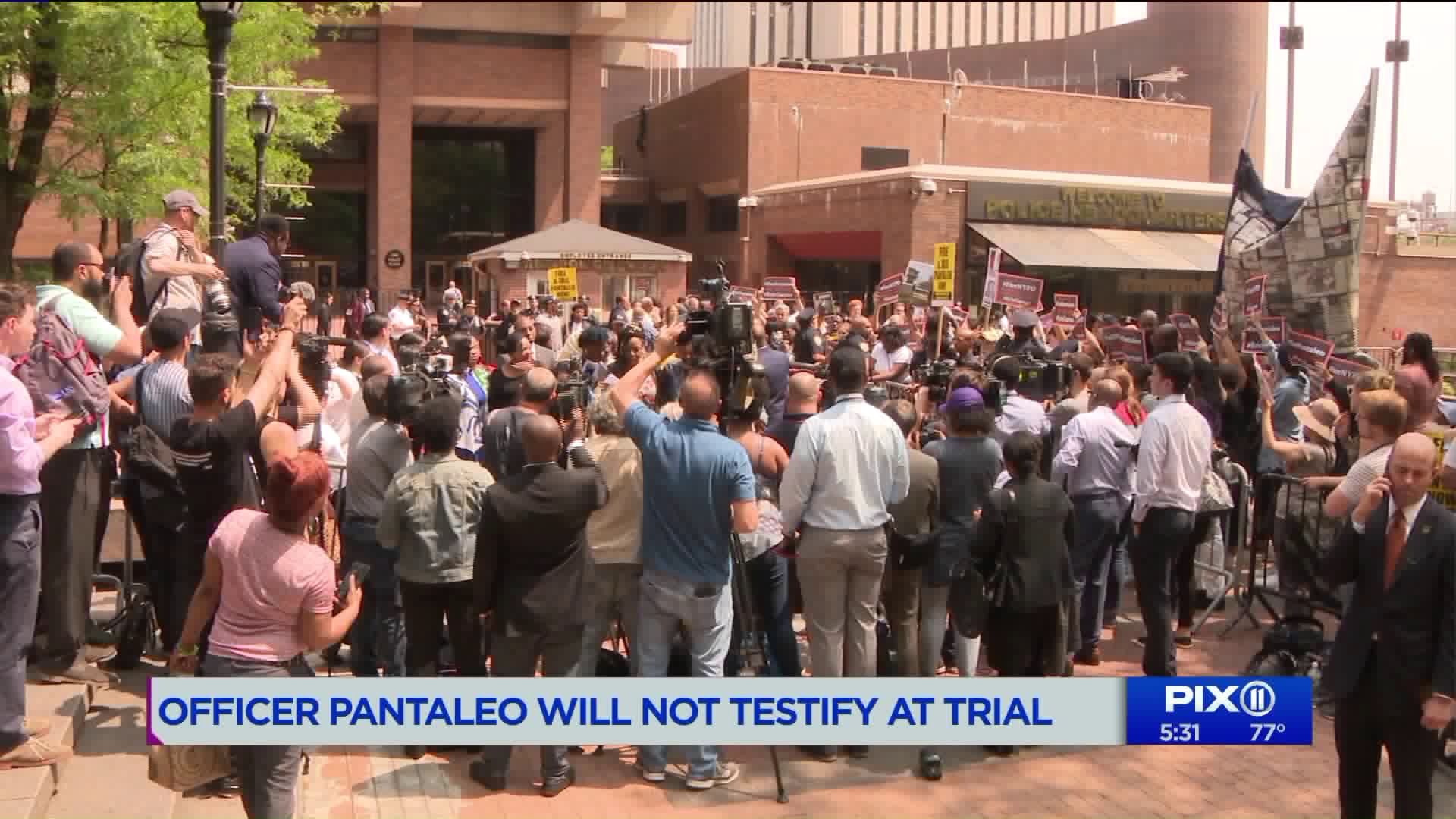 It was the battle of the expert witnesses Wednesday as the defense rested in the trial of Officer Daniel Pantaleo.

NEW YORK — It was the battle of the expert witnesses Wednesday as the defense rested in the trial of Officer Daniel Pantaleo.

The defendant's team called on a former police academy instructor and a medical examiner to try and prove Pantaleo's actions the night Eric Garner died were justified.

"This police officer went out and did what he was asked and how he was trained," said Pat Lynch, President of the Policeman's Benevolent Association at a press conference outside the trial.

Dr. Michael A. Graham, the chief medical examiner in St. Louis, said he was being paid $500 an hour to consult and testify by the defendant's attorneys.

"None of our witnesses are being paid, because you don't need to be paid to tell the truth," said Gwen Carr, Eric Garner's mother.

Dr. Graham said after watching the video and reviewing the autopsy that he believes Garner's death was caused by "heart disease that was exacerbated by the interaction with law enforcement." This testimony directly conflicts with the city's medical examiner, who testified that a chokehold started the fatal chain of events.

"His heart was twice the size of what it should've been, he was emotional, he was upset and that's why he died," said Stu London, Pantaleo's attorney.

Retired Detective Russell Jung also took the stand today. He taught Officer Pantaleo in the police academy. When asked "Did you see any improper techniques in the takedown of Eric Garner," Jung replied, "No" and in his opinion this was not a chokehold.

"The maneuver that was used was proper and taught in our police academy," said Lynch.

The biggest bombshell came at the end of the court day when the defense said that Pantaleo himself would not testify. His attorneys told PIX11 they didn't want anything he said used against him should he face federal criminal charges.

"He is the key person in this trial and they're not going to let him testify?" questioned Carr.

After court was adjourned for the day, tensions flared outside 1 Police Plaza. Among the Garner family supporters were Eric's youngest daughter, 5-year-old Legacy, as well as several members of the City Council and Public Advocate Jumaane Williams.