7-year-old boy grazed by bullet in the Bronx: police 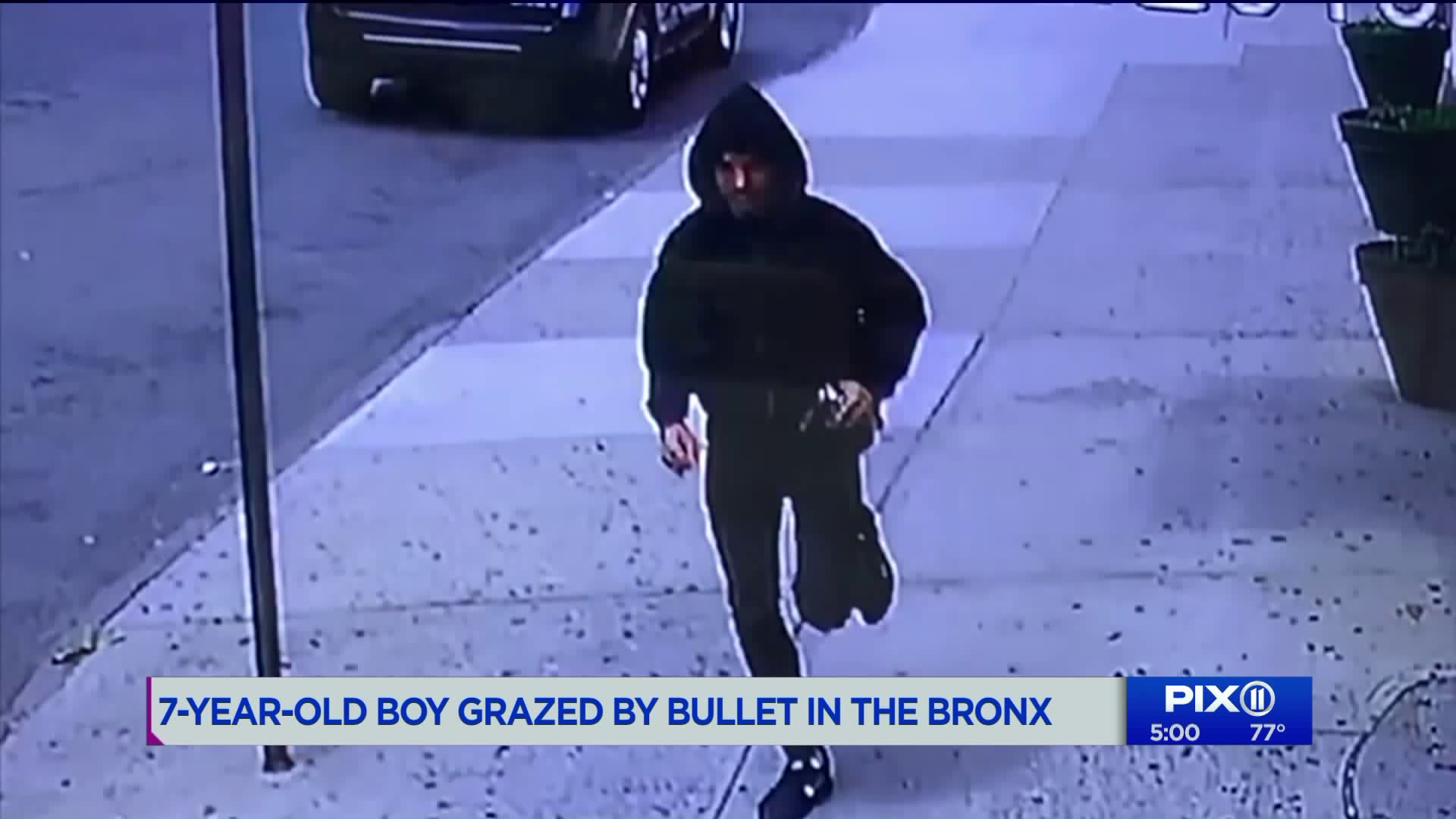 The child was shot while walking with his grandmother, according to police.

A 7-year-old boy was shot in the Bronx Wednesday afternoon. Police say the gunman (pictured) fled the scene.

MOTT HAVEN, the Bronx — A child was shot in the Bronx Wednesday afternoon while walking with his grandmother, according to police.

It happened in the vicinity of East 137th Street and St. Ann's Avenue in Mott Haven around 12:39 p.m, FDNY officials said.

Police said an unknown man wearing a dark hooded sweatshirt and dark sweatpants fired a number of shots, from what they believe to be a revolver, toward the entrance of a nearby building. He then fled into the 6 train subway station at East 138th Street and Cypress Avenue and has not yet been found.

Two individuals were standing outside of the building the suspect was shooting toward at 600 East 137th Street. Police are looking to identify them as well.

The 7-year-old boy was taken to Lincoln Medical Center for a grazed wound to his leg, police said.