Video emerges of NYPD officers fighting each other 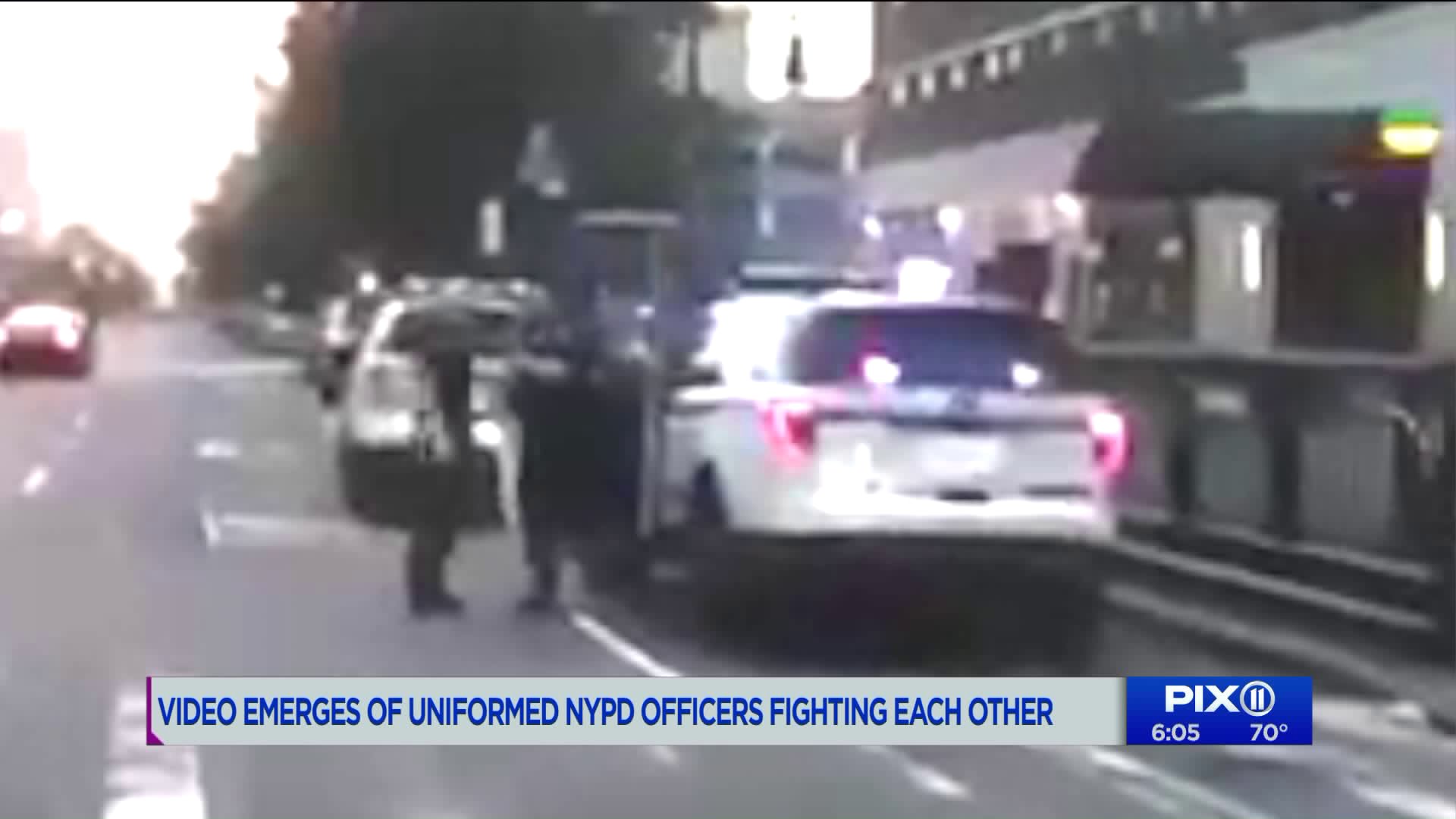 Instead of fighting crime, these officers are fighting each other.

LOWER MANHATTAN — What are they fighting over?

That’s the question everyone wants an answer to. In a video first posted online, two NYPD officers were caught fighting. Now, the video is a part of a police investigation.

During the department’s monthly crime stats meeting, Police Commissioner James O'Neill was clearly disappointed over what appears to be officers involved in a shoving match.

“We hire human beings, it should never happen but we are looking into it,” he said.

Taking a closer look at the video, you see two marked NYPD SUVs, one with flashing lights, at the corner of West 116th Street and Lenox Avenue in Harlem. At one point a uniformed cop gets out of one SUV, confronts another officer who pushes him away, then a third officer steps in to try and break it up.