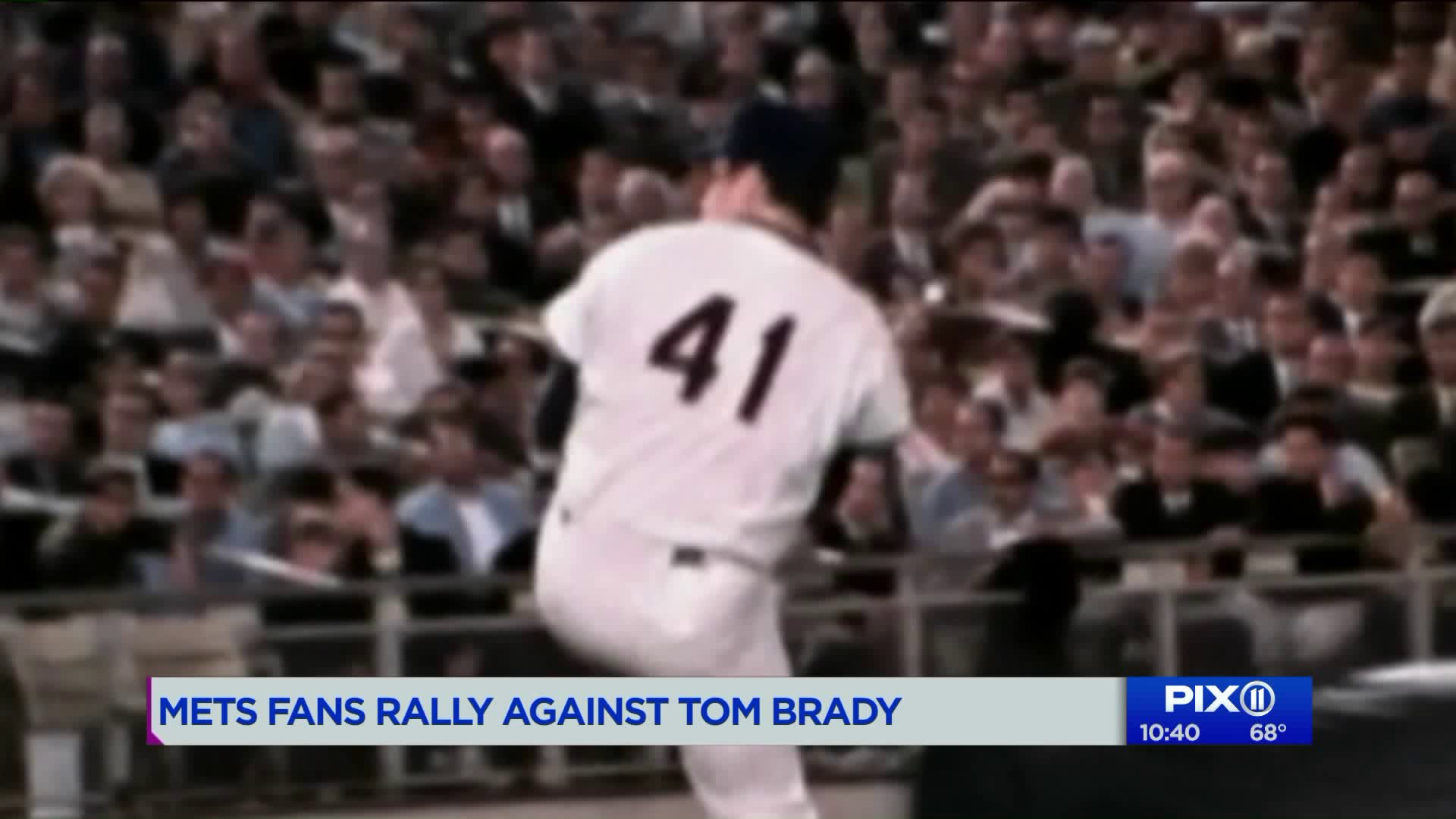 But now that association in New York and beyond is at risk with Star Patriots Quarterback Tom Brady trying to trademark Seaver’s long-time nickname.

“I’m glad to see all this people here and all this enthusiasm for Tom Seaver, who will always be known as ‘Tom Terrific,’ and will always be one of the greatest pitchers ever in the Major Leagues,” said Art Shamsky, a 1969 Mets World Series Champion with Seaver.

Fellow teammate Ed Kranepool, was also at the event. He said he is a fan of Brady and is not sure why the QB would not understand the athletic history.

Seaver never trademarked his nickname, perhaps because it was borrowed from a popular late 1950s cartoon in the first place. Brady may run into that same issue.

However, for Mets fans, the trademark claim goes beyond sports. Seaver just recently disclosed he is suffering from dementia , and is not in great health.

Sammy Musovic owns the restaurant where the rally happened. He grew up a mile from old Shea Stadium.

“It just hurts. The name [could] belong to someone else,” Musovic said. “He’s not well and [Brady] is picking this time to try and get the copyright.”

The Mets twitter account even got in on the act, tweeting at Tom Brady and his legal team: “…there’s only one Tom Terrific…”

Hey @uspto , with all due respect to @TomBrady ...There’s only one #TomTerrific to us. #LGM #Mets pic.twitter.com/CvzWY4hu7Y