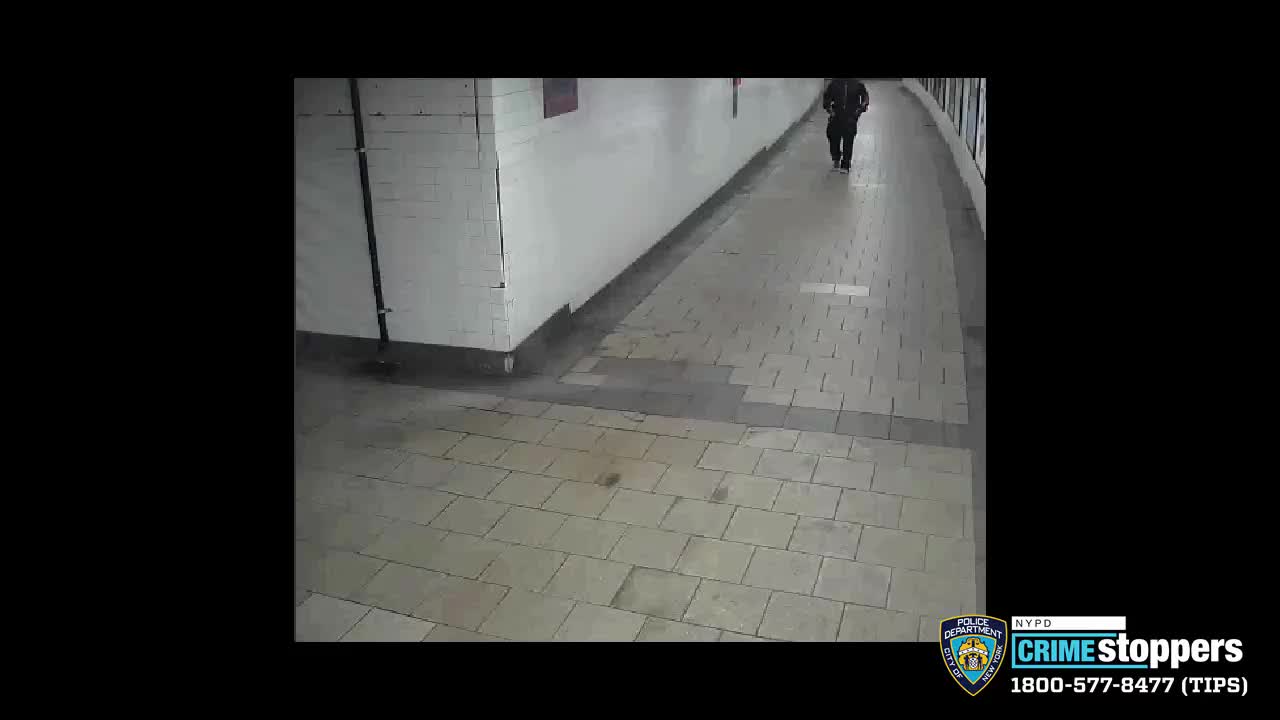 LOWER MANHATTAN— Police are looking for a man wanted in connection with a violent attempted robbery at the Brooklyn Bridge subway station in lower Manhattan, authorities said Tuesday.

On Sunday, shortly before 11:30 p.m., the perpetrator approached a 59-year-old female and a 21-year-old male inside the mezzanine of the Brooklyn Bridge J train subway station and attempted to snatch the woman's bag, police said.

When the man tried to intervene, the perp dragged both victims down the stairs.

EMS responded and transported the victims to the hospital in stable condition.

The woman sustained a laceration and contusion to her head, as well as injuries to her knees, back, and hands, police said.