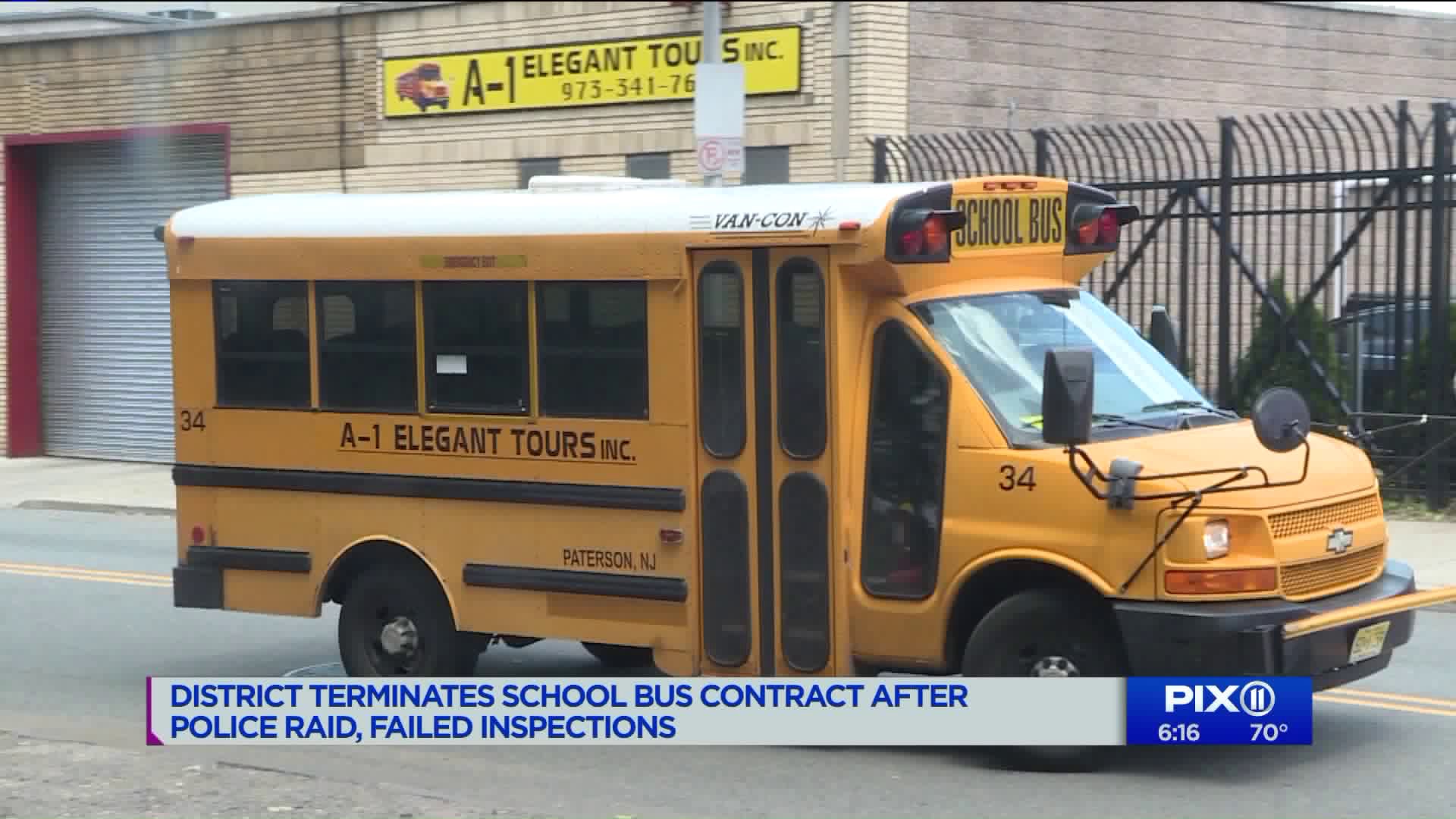 Jersey City Schools pulled the plug on all its contracts with A-1 Elegant Tours school bus company of Paterson, N.J. immediately following a police raid and driver arrests.

Jersey City Schools pulled the plug on all its contracts with A-1 Elegant Tours school bus company of Paterson, N.J. immediately following a police raid and driver arrests. Essex County investigators found on Friday that two school bus drivers and one aide had open warrants, while eight total lacked credentials to drive kids.

"Our job is to get our kids home safely," said Jersey City School Board President Sudhan Thomas, who raised questions about how long investigators had safety concerns involving the company. "What is it that prompted this raid? Was it some kind of a concern in terms of bus driver behavior with kids?"

A-1 was responsible for transporting roughly 400 to 600 Jersey City kids - most of them with special needs.

The private company has served some of the state’s largest school districts - including Newark, East Orange, Paterson, Jersey City and Passaic.

Paterson terminated a contract with A-1 last year.

Tuesday, a spokesman for Passaic Schools said they plan to keep using the company for the remainder of the school year.

Last September, an A-1 driver was allegedly drunk when he crashed a school bus carrying kids.

This spring, 73 out of 87 A-1 school buses failed their initial inspection by the state.