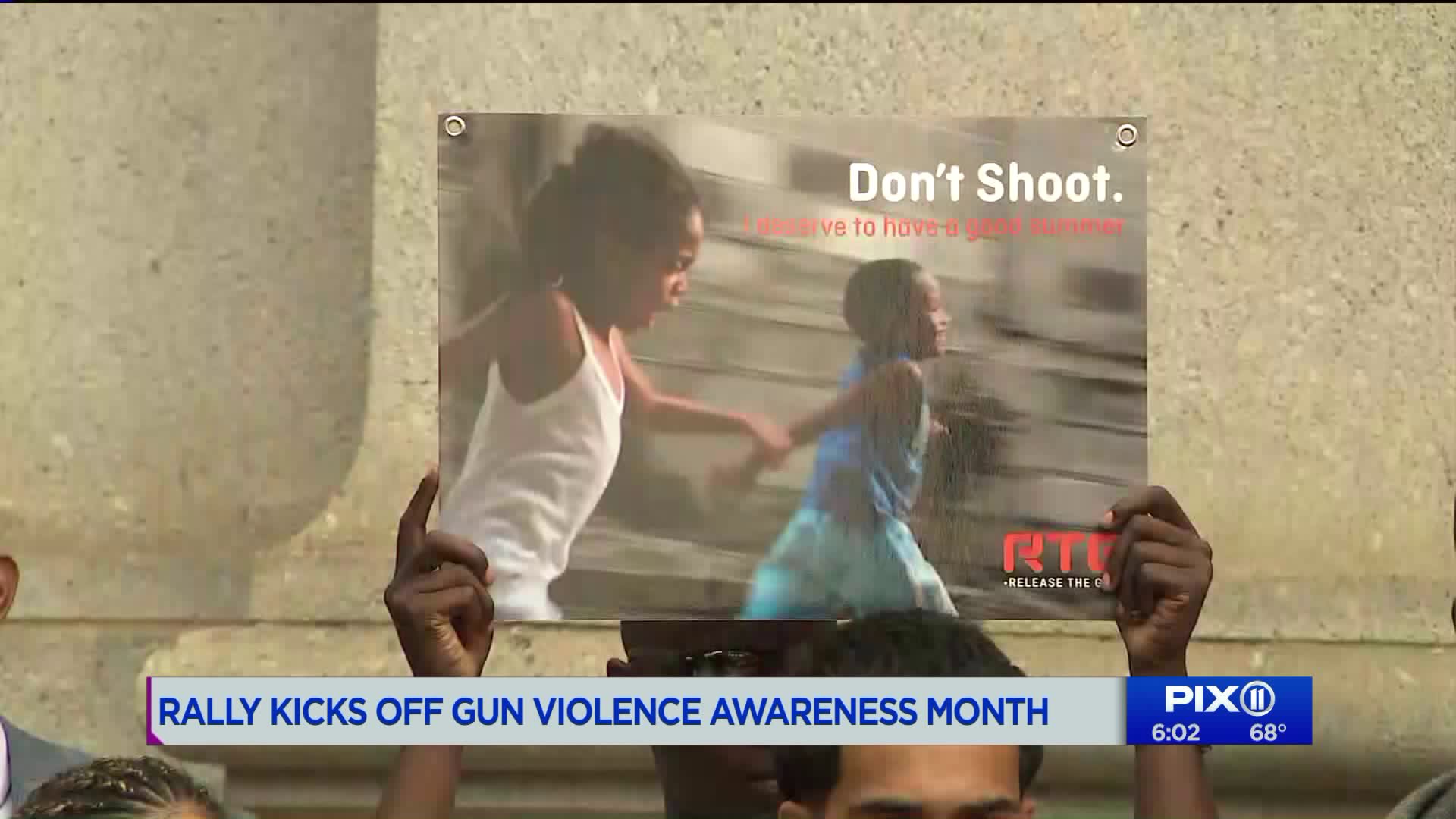 The person who brought all of the groups involved together has been directly affected by gun violence. In spite of it, and in spite of past involvement in gangs, Shanduke "Trife Gangsta" McPhatter said the month`s purpose is to create productive, positive space in the face of violence.

LOWER MANHATTAN — With the multiple fatal shooting in Virginia Beach, along with recent fatal shootings in our area on their minds, a couple hundred members of local anti-violence groups gathered in front of the David Dinkins Municipal Building to kick off Gun Violence Awareness Month.

The person who brought all of the groups involved together has been directly affected by gun violence. In spite of it, and in spite of past involvement in gangs, Shanduke "Trife Gangsta" McPhatter said the month's purpose is to create productive, positive space in the face of violence.

The first speaker at the rally acknowledging the month's beginning was Jumaane Williams, the city's public advocate, who put the event's timing in sobering context.

"The day before Gun Violence Awareness Month started," Williams said, "there was a mass shooting in Virginia. I'm sad to say that, according to statistics, every day since then, there's been a mass shooting" somewhere in the country.

Gun violence is no stranger to the hundreds gathered to inaugurate Gun Violence Awareness Month. The organizer, McPhatter, and some of the main speakers, talked about how they've been affected by gun violence personally.

"Shanduke [is] actually the brother of the person that I watched die in front of me," said Maggie Carrie, a social media influencer who spoke at Monday's noon rally.

She told the crowd that she's done a lot of work talking with her 830,000 Instagram followers about her own experiences overcoming gun violence (she was injured in the shooting in which Shanduke McPhatter’s brother was killed), but on Monday, Carrie said, she’d mustered her courage to speak out in public.

“I decided today to take a stand,” said Carrie.

She talked about how she was one of three people injured in a shooting at a T.I. and Troy Ave concert at Irving Plaza three years ago. The crime killed Shanduke’s brother Ronald McPhatter.

In the three years and one week since then, Shanduke McPhatter has founded the group G-MACC, which has worked in communities to try and stop gun violence before it starts, as it were.

“We want to change the mindset, and challenge people,” McPhatter told PIX11 News. He said that people in his organization work with neighbors, especially young people, so that “when they see somebody getting in conflict, [to] help to stop them from making a wrong choice.”

The city has devoted $36 million of it more than $90 billion budget toward anti-gun violence groups like those gathered on Monday. They noted that murder and gun violence rates are at historical lows, they said, thanks to them working in partnership with police.