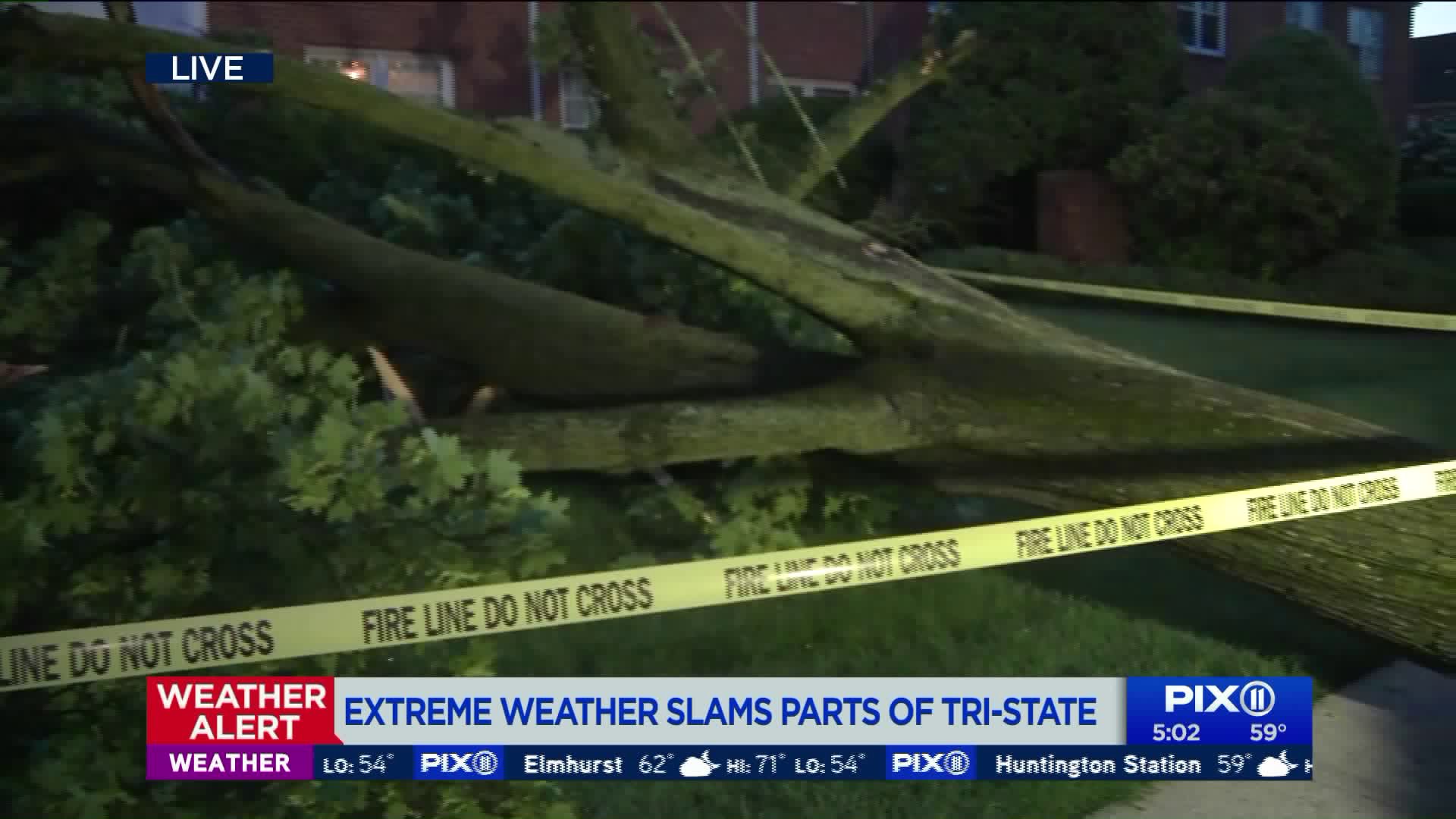 Parts of the tri-state area were met with extreme weather, forcing delays at local airports, fallen trees and the evacuation of the Governor`s Ball in Randall`s Island.

The cleanup begins after severe storms ripped through the tri-state area Sunday.

Scattered showers and severe thunderstorms moved throughout the region Sunday, many taking cover from downpours and hail.

The storms caused flight delays at area airports, and even forced Hot 97's Summer Jam concert at MetLife Stadium to be delayed for a short time due to the threat of lightning at severe weather. The threat of severe weather eventually passed, allowing the concert to move forward.

Saturated grounds were no match for wind gusts up to 54 mph, reported by the National Weather Service. Tree damage and trees becoming uprooted were seen in parts of New Jersey.

In Westfield, a tree was uprooted, nearly missing a building. However, just five minutes away the same cannot be said, as heavy winds caused a tree to fall around 10 p.m., landing on a house.

It's unclear whether anyone was inside the house or the extent of the damage caused.

Outside New Jersey, other areas of the tri-state area felt the strength of the storms. In Brooklyn, dime-sized hail was recorded. The Governors Ball at Randall’s Island to be evacuated Sunday night due to the storm. The festival said refunds will be made for all Sunday ticket holders.