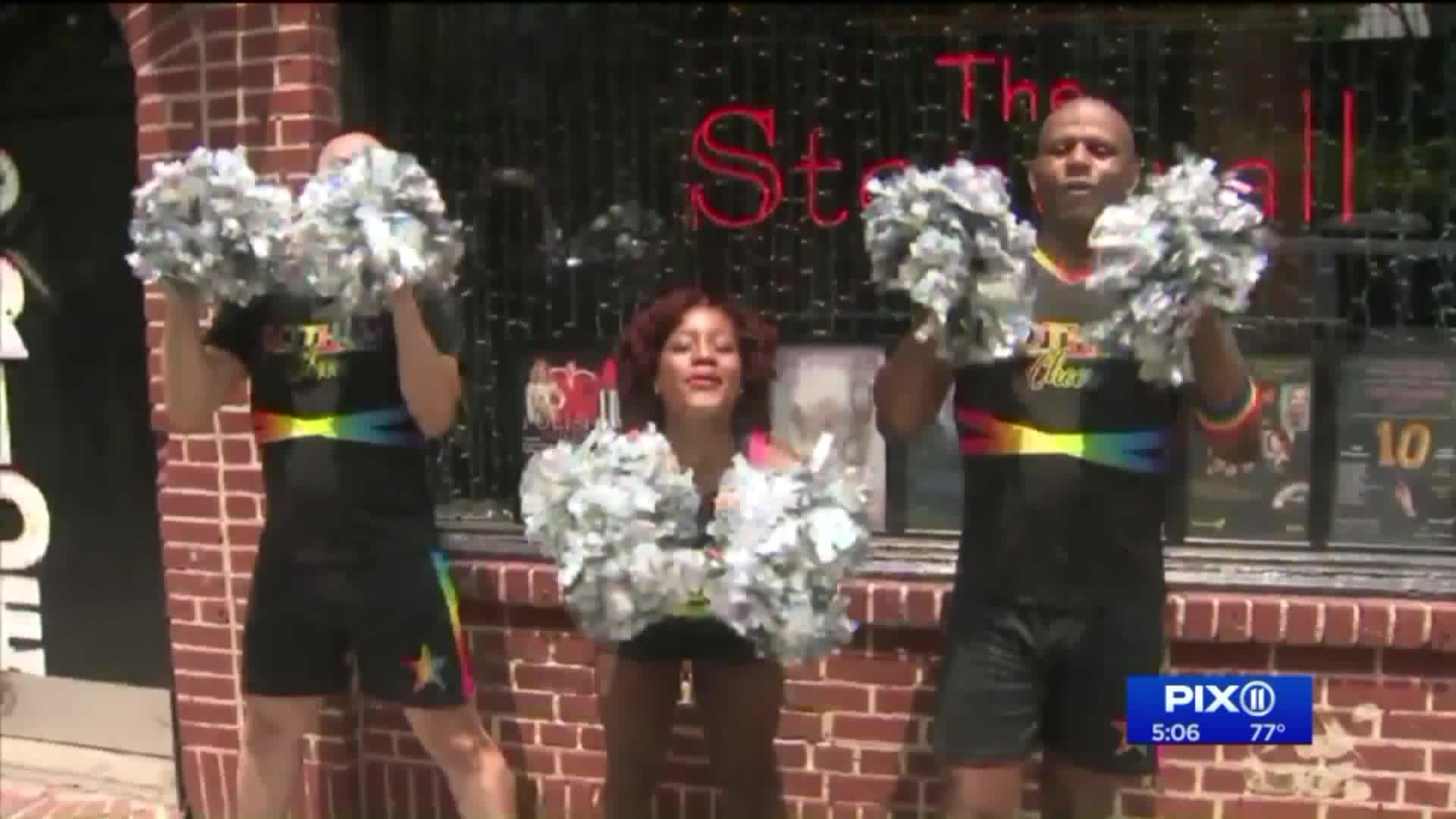 GREENWICH VILLAGE — Pride month, a time where the LGBTQ community is celebrated, is underway in NYC.

The rainbow flag, went up in the Greenwich Village, near the StoneWall National Monument Saturday.

The flag and all its colorful stripes was created in 1978 by Gilbert Baker, a gay rights activist.
Charlie Beal is one of many who tries to keep his legacy alive.

“We’re here to raise a flag rainbow flag, it’s a symbol of our community,” he said.

250-mini flags went up inside the park.

It’s also the 50th anniversary of the StoneWall uprising.

“Some young trans people and gay people were so tired of being busted by the police for trying to gather in the same place so they fought back,” said Beal.

Kevin Coop is producing a documentary called Humans of Pride.

“We’re entering into this new generation coming, the torch is passing and we really need to capture the history of what it was and pass it onto the world for what its going to be,” he said Saturday.

So what does gay pride mean to New Yorkers who celebrate?

“I’ve always been part of the gay community because it’s a place where I can be flamboyant and I can have an interesting type of sexual identity and wouldn’t be looked down on for it,” said Mari Gustafson.

Cathy Marino-Thomas, who’s with Gays Against Guns, said, “I have a 19-year old daughter and a wife of 25-years and it’s very important for me to be out for my daughters sake, she should be proud of her family.”

There will be several of festivals, celebrations and marches all month long in NYC to celebrate pride month.

A world pride welcome center has also been set up in Greenwich Village, which will be open all month along.