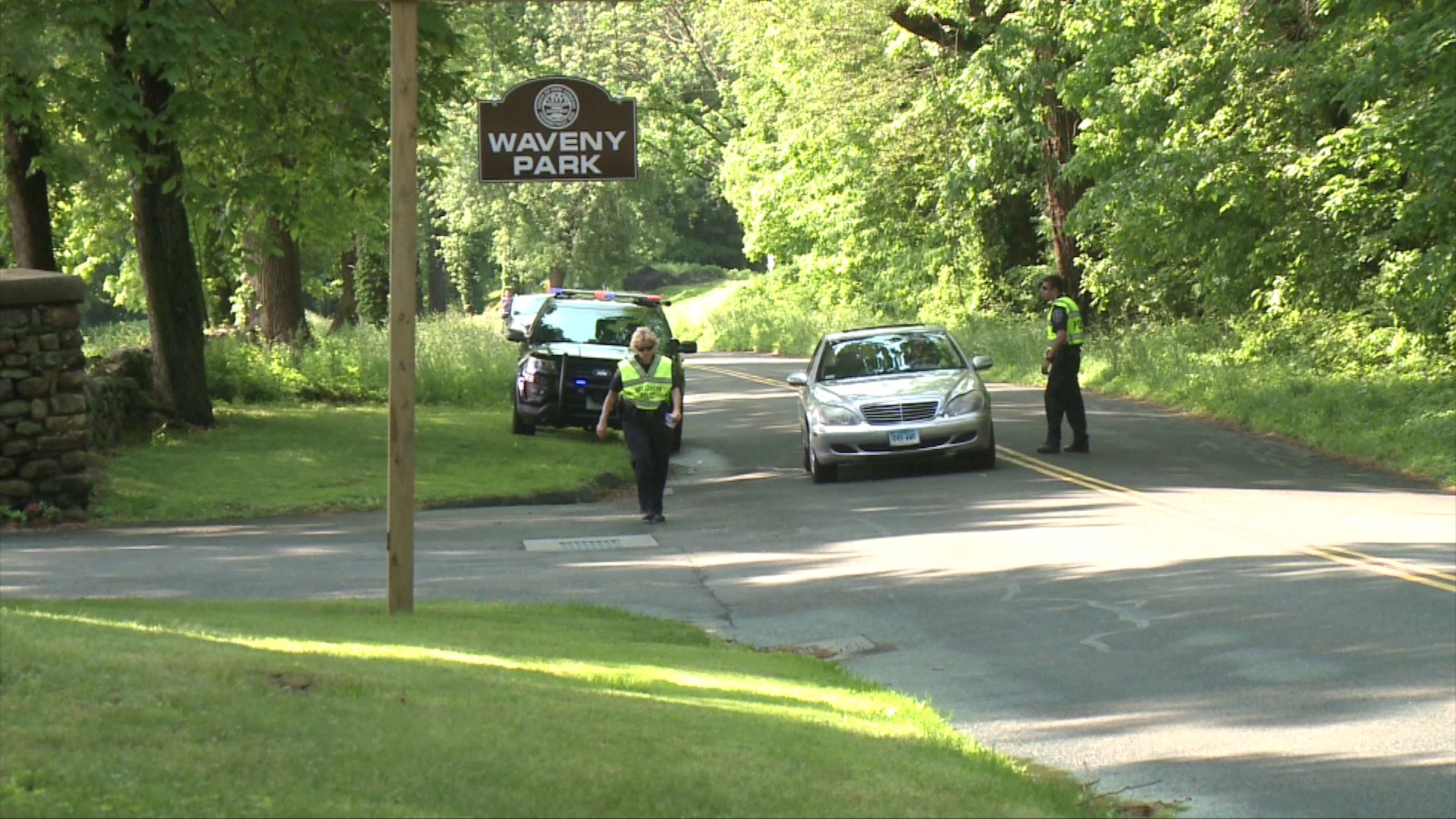 The search for a missing New Canaan mother of five has expanded to the Hartford area, 75 north of New Canaan, close to where Jennifer Dulos`s estranged husband, Fotis Dulos, lives in Farmington.

NEW CANAAN, Conn. — The search for a missing New Canaan mother of five has expanded to the Hartford area, 75 north of New Canaan, close to where Jennifer Dulos’s estranged husband, Fotis Dulos, lives in Farmington.

For three hours this morning New Canaan police were on the edge of Waveny Park handing out this flyer, looking for information from the public about Jennifer Dulos.

Her empty black Chevy suburban was found nearby a week ago after the mother of five had dropped her children off at school early Friday morning.

At the same time, police investigators had sectioned off a pond in Waveny Park and were wading through its murky waters, searching inch by inch for any clues that might help them find the missing mother.

50-year-old Jennifer Dulos and her 51-year-old estranged husband Fotis had been locked in a bitter two year divorce and custody battle.

A 911 tape was made in 2017, the day before Jennifer filed for divorce, saying in court papers that her husband had a gun and she feared for the safety of herself and five children.

Police sources have confirmed to pix 11 the traces of blood that look like they had been cleaned up had been found at Jennifers home in new Canaan.
police were also combing through her mothers home in Pound Ridge.

There were also reports that Jennifers late father loaned her husband a builder $10 million of which 2.5 million has not been paid back.

Jennifer’s friend and now family spokesperson said “the public response has been astounding... Jennifer, we love you and miss you and we remain hopeful that you will return to us safe and sound.”