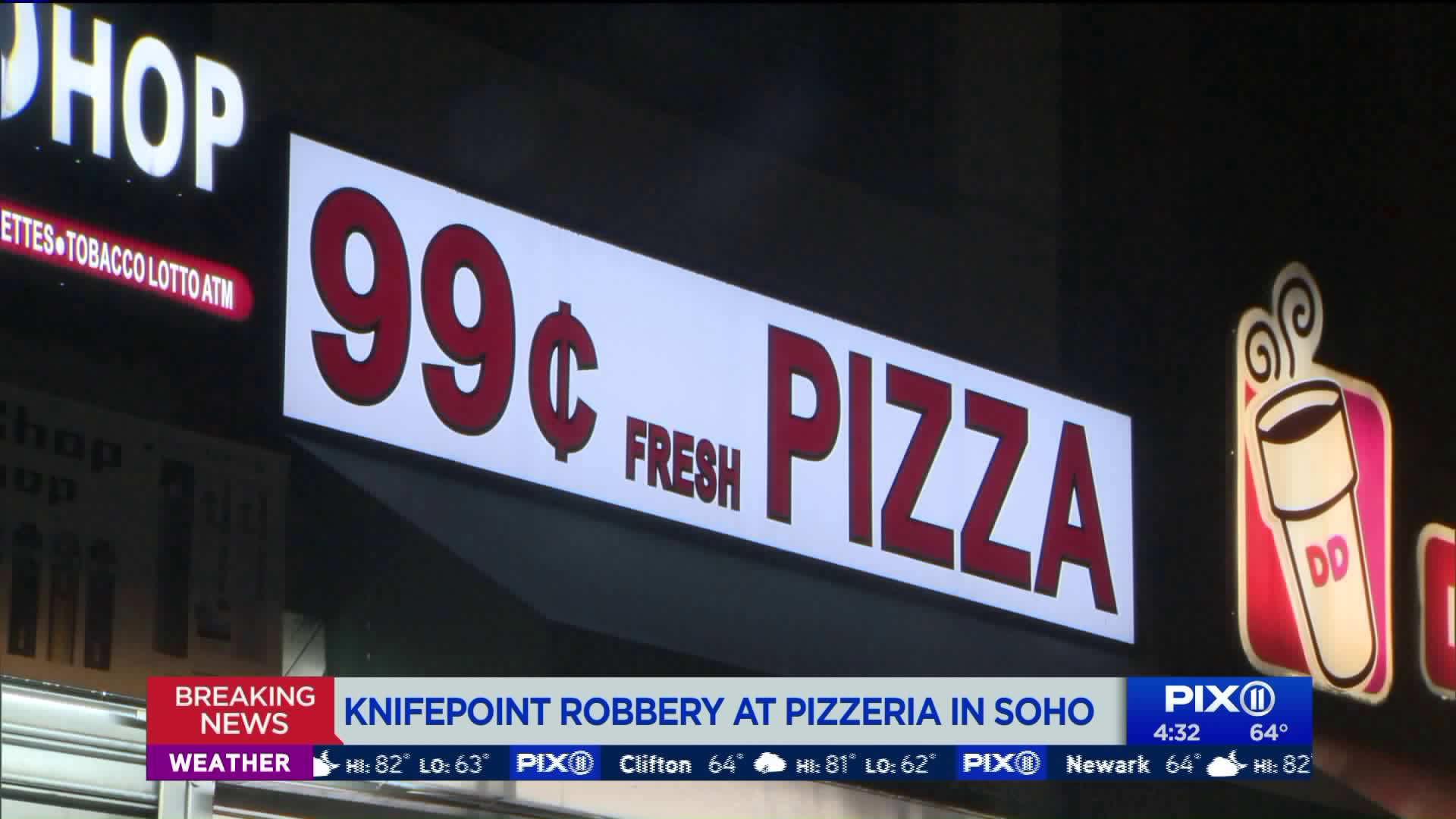 Police are searching for the man who allegedly robbed a pizzeria in SoHo at knifepoint. Authorities are investigatiing whether or not he may be involved in a string of robberies at other establishments. 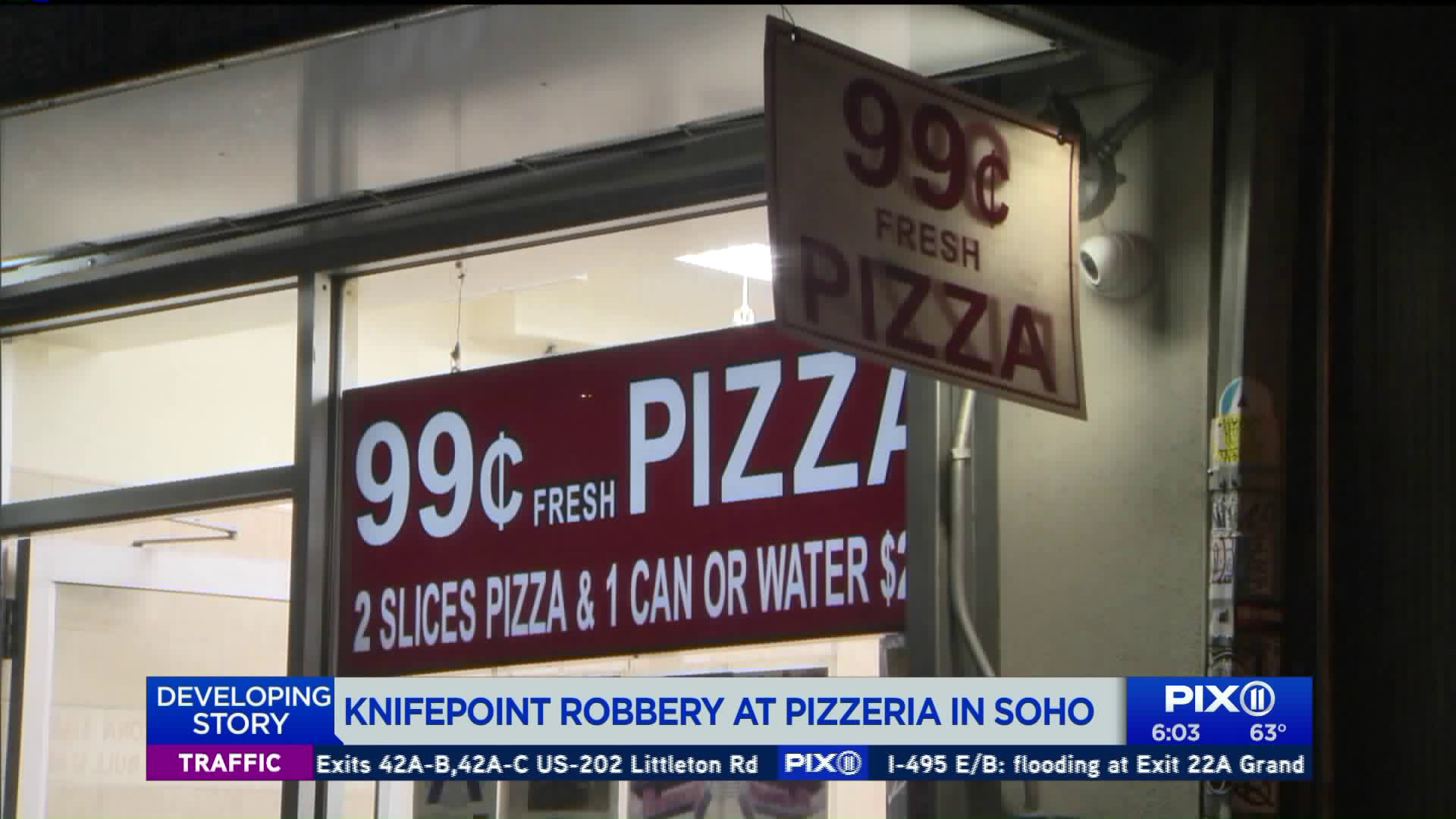 SOHO, Manhattan — Police are searching for the man who robbed a SoHo pizzeria at knifepoint.

It happened at the 99-cent Pizza Shop along Canal Street and West Broadway late Thursday.

Rifat Shobo, an employee at the shop, told PIX11 the man had a knife and threatened him to open the register.

“He came in, face was covered, and he jumped on the table and broke the register and took the tip jar,” he said.

The man got away with the store’s tip jar, police said. It contained about $20.

Detectives have secured surveillance video from the pizzeria to see if he’s the same person wanted in a string of similar hold-ups.

This past week, three establishments, including a deli in Brooklyn, were robbed by a man believed to be the same one who struck the pizza store.

Previous surveillance shows the serial robber wearing an orange mask — a mask that Shobo recalled seeing on the thief.

Police have not confirmed whether or not the suspect in the pizzeria robbery is part of the robbery pattern.

Police describe the allege suspect to be a 5-foot tall man who was last seen wearing a gray hooded sweatshirt.