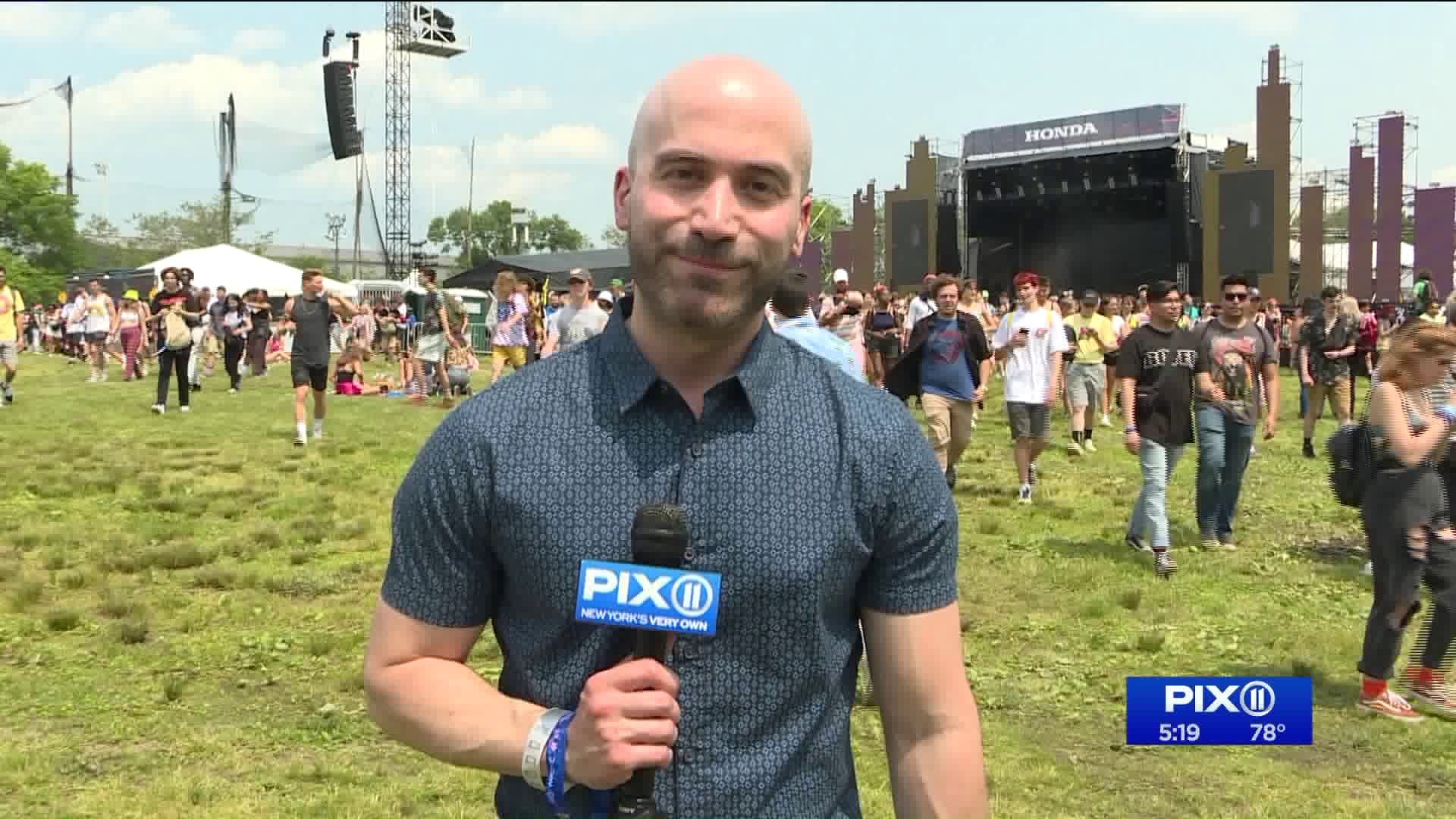 More than 150,000 attendees are expected to swarm Randall`s Island for the annual Governors Ball music festival where music`s biggest and brightest will rock out on five performance spaces over 3 days.

RANDALL’S ISLAND — More than 150,000 attendees are expected to swarm Randall’s Island for the annual Governors Ball music festival where music’s biggest and brightest will rock out on five performance spaces over 3 days. The epic event has become a ritual for fans of all ages.

“I mean where else are you going to be but here, look at all these people and excitement,” concertgoer Maria Brown told PIX11.

In addition to expanding its performance space, Gov Ball is also debuting the first ever pop-up bodega on the festival grounds - something most locals will appreciate it.

“It’s a place where people could go on site to get everything that they forgot at home,” said Tom Russell, Governors Ball co-founder. “Whether that’s deodorant, sunscreen, water, bagels, whatever you can typically find it a bodega you could find there.”

With food vendors that cover just about any craving — you don’t have to be a music fan to enjoy the show.

Organizers will also mark the beginning of Pride Month on Saturday where it will feature a pride parade and a drag show like no other.

With clear skies on the forecast for Friday and most of Saturday, ticket holders are being encouraged to bring ponchos on Sunday where scattered showers are expected.  Umbrellas are prohibited on festival grounds.

Governors Ball will start out big right out of the gate Friday with headliners Tyler the Creator and Lil Wayne. Florence and the Machine and Major Lazar are on deck for Saturday. Closing out the festival are two hometown favorites: The Strokes and Queens’ own Nas.