Goodbye MetroCard: Tap to pay OMNY system debuts, but not everyone is convinced that its ready 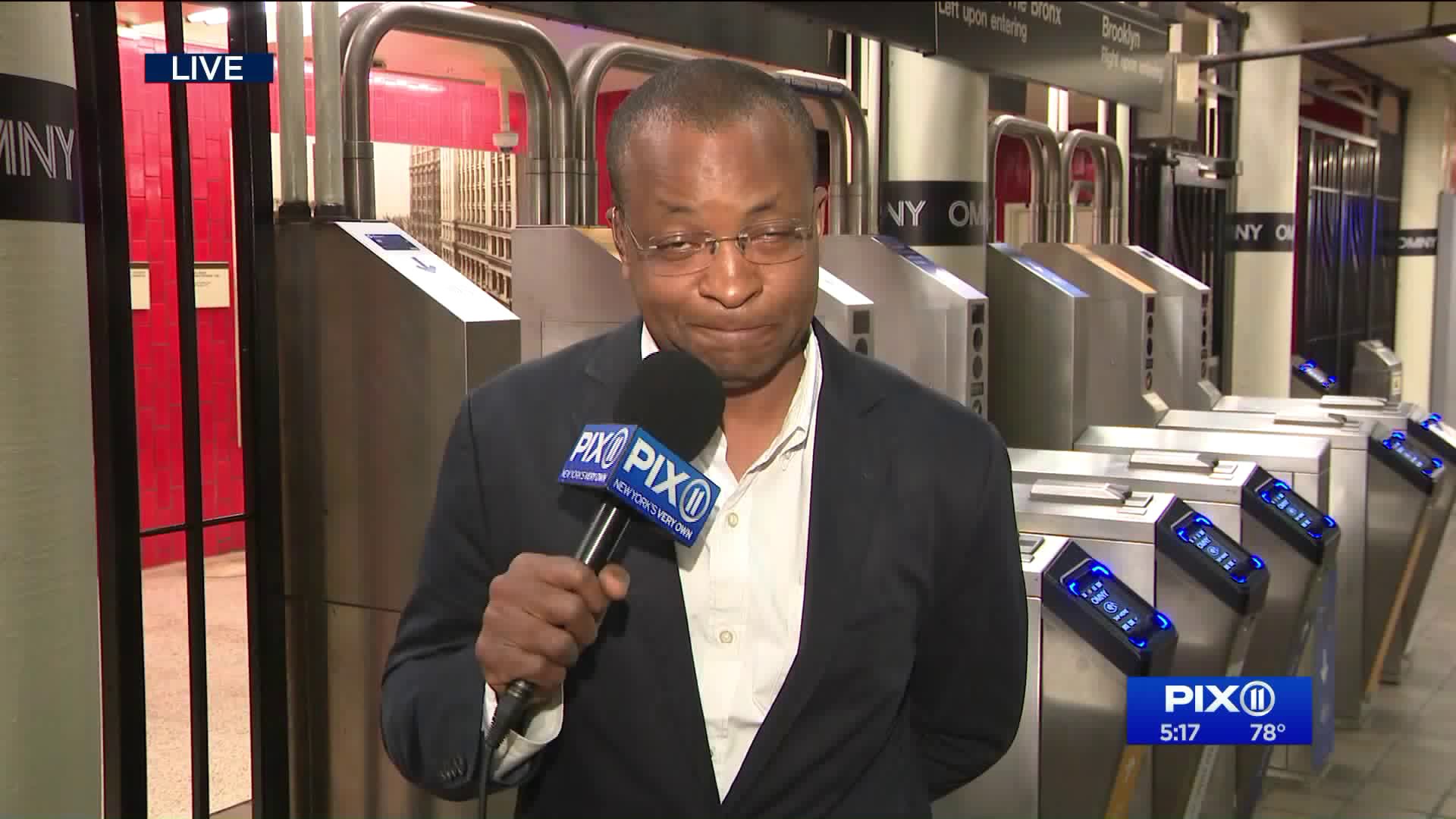 LOWER MANHATTAN — As of noon on Friday, tap-and-go technology became reality for admission into part of the New York City subway, as well as buses in Staten Island.

It's been heralded as the future of mass transit, that's here and now. Not everybody is pleased with its implementation, and even the MTA admits that it has a way to go to be fully functional. But the agency says that's normal.

The new system, called OMNY -- an acronym for One Metro New York -- replaces the MetroCard system. It's been in place system-wide since 1997, but its predecessor, the subway token system, wasn't phased out until 2003. This new change is also intended to be a gradual process. Some riders said that that was not necessarily a good idea.

One rider, who gave only his first name, Robert, said that the MTA would be better off "concentrating on the upkeep of the trains, and making sure they're on time," rather than introducing OMNY is small stages. "All of this other stuff is fluff," he added.

For now, OMNY is available only on a pay-per-ride basis -- no monthly plans, or any other transit programs are covered by the new system. It's available only on the 4, 5, and 6 subway lines, between Grand Central and Atlantic Avenue / Barclays Center stations, as well as on Staten Island buses. To use it, riders have to enable phone-based wallet and cash apps, using the latest smartphone operating systems. Alternatively, they can use debit or credit cards that have a wireless emblem printed on them.

That's a lot of restrictions, but the president of NYC Transit said that those will loosen as the system broadens. He also said that a gradual rollout is typical and advisable, based on situations he's experienced first-hand in Sydney, London, and Toronto.

"The best the way to do this, learned through many other transit's experiences," said Andy Byford, NYCT president, "is not to go all at once, but to progressively, relentlessly introduce new products."

He said that it will allow time to work out bugs in the system. The biggest bug, however, according to some critics of OMNY, is the security of users' information.

Patrick Foye, the MTA chairman, addressed the concern at a news conference and photo op to formally inaugurate the OMNY system at noon on Friday.

"We are not going to sell customers' information," Foye said, adding that it is MTA policy not to do so, and "that's going to continue to be the policy."

However, the executive director of a personal information security watchdog group said that the MTA chairman's assessment is suspect.

"We know that they historically share MetroCard data with the NYPD," Albert Fox Cahn, of the Surveillance Technology Oversight Project, or STOP, said of the MTA, in an interview with PIX11 News. "We can't just take the MTA at its word."

He called on the MTA to draft and make public a customers' privacy statement.

Still, a majority of riders who spoke with PIX11 News said that they preferred the implementation of the new system.

"I think it's better," said Sandra Holt, because "to swipe, you've got too many people who want to swipe people off, and I don't mess with that." Holt was referring to a common practice of people illegally selling swipes on monthly cards to other riders, for cash, but at a discount, with the seller reaping all of the cash paid to them.

Josh Green, another straphanger, said that he'll happily use the tap-and-go system, even as the kinks are worked out. "Baby steps," he said. "It's easier. Everything is in your phone now. Why shouldn't your MetroCard be as well?"

But just as Metrocards can sometimes require multiple swipes to work properly, PIX11 observed at least one credit card user at Friday's demonstration being unable to tap correctly. After two unsuccessful attempts, somebody handed him a different tap-to-go credit card, which finally worked.

The MTA said that it will expand the program in stages, and have OMNY in all subway stations by the end of next year. By 2021, it said, OMNY cards will be available for purchase for cash at retailers throughout the five boroughs. By 2022, OMNY card vending machines will be online in subway and commuter rail stations.

The MetroCard system should be completely phased out by 2023, according to the MTA.