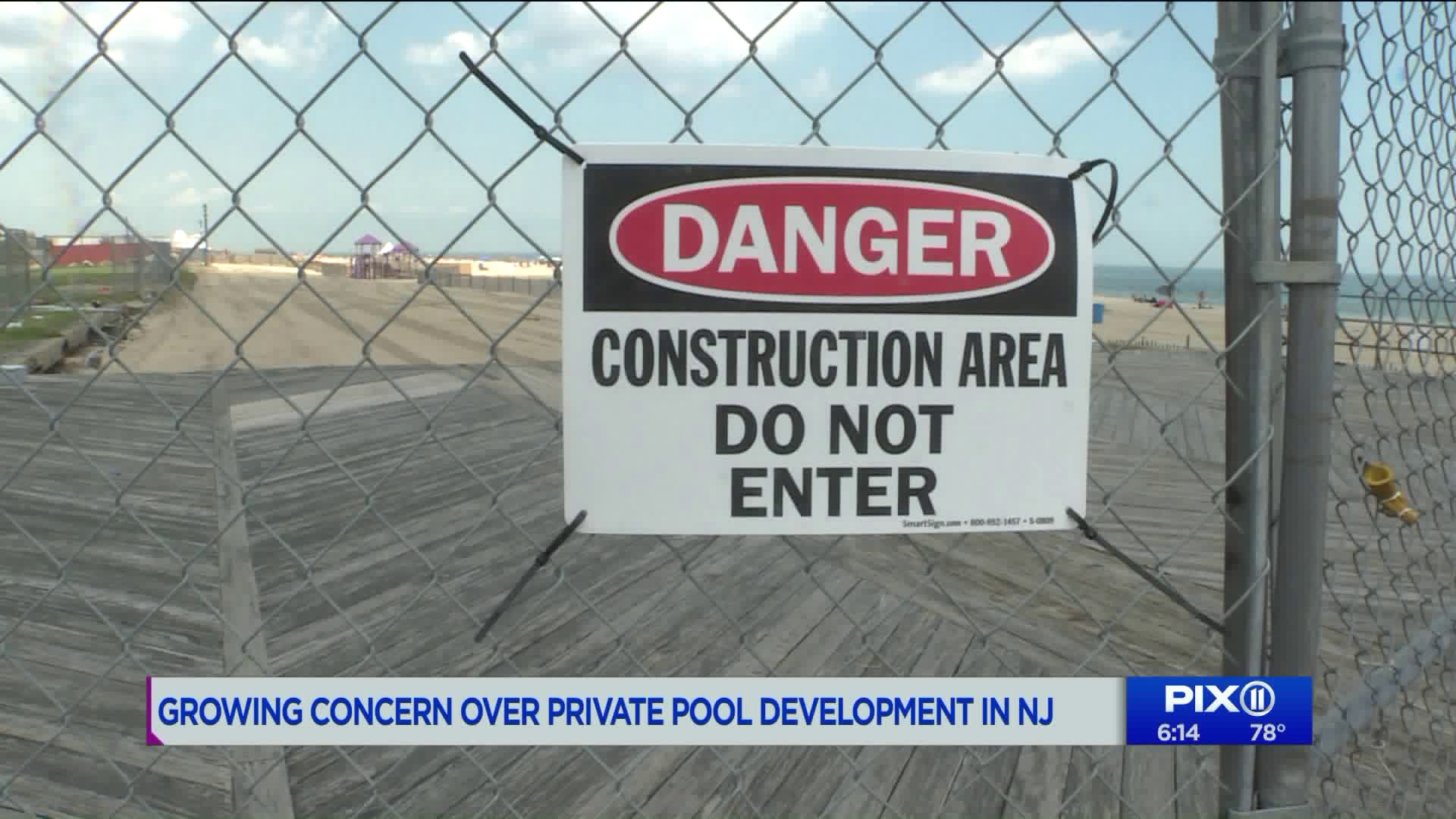 Exclusion is one reason why some Asbury Park residents and stakeholders do not want a private pool club on their beachfront.

ASBURY PARK, N.J. -- Asbury Park’s planning board adjourned their meeting this week without making a final decision on a private pool club proposed for Ocean Avenue on the beach side near 7th Street.

Residents opposed to the project said the meeting had to conclude at 10 p.m. without any approvals because there were so many questions and concerns raised by residents.

Exclusion is one reason why some Asbury Park residents and stakeholders do not want a private pool club on their beachfront.

"They told us, 'oh the pool is closed', but yet I could hear all the laughing and kids splashing in the pool," recalled Kay Harris, who grew up in the 1950s in Asbury Park, when there was still segregated swimming.

Today, she runs a business on the boardwalk.

"Up until the 60s, this beach was segregated," said Conrad Neblett, a resident. "What comes up for me is I’m afraid it’s gonna happen again."

The developer plans to build a one-story ivy-covered building that will be available to members only. It will house a pool, cabanas, food and other amenities.

"It’s gonna be like a fortress," said Madeline Monaco, another resident against the project. "Which is not a symbol of inclusion, it’s a symbol of exclusion."

“iStar is tremendously proud of our work in Asbury Park over the last 10 years," said Brian Cheripka, Senior Vice President of Land for iStar, a developer behind the project. Today, iStar owns 35 acres or 70% of the buildable land in the Asbury Park redevelopment zone, according to the company.

"Our redevelopment projects have added to the unique character of this City, have completely revitalized various landmarks and have created lasting value for the entire community through job creation and millions of dollars in property and hotel tax revenue," he said. "The beach club will serve as a world class amenity on the waterfront and will be built entirely on private property."

Residents also have environmental and congestion concerns, fears of flooding and parking problems.

"What attracts people to this town is the art, the culture, the music in this town. Not a private pool club that’s going to cater to the elite few," added Monaco.

Cheripka stated that the club is fully complaint with the most recent state and federal regulations, which include a design to withstand large storm events similar to Sandy. He also stated that while parking is not required, there are private and municipal lots nearby.

"We continue to appreciate the public conversation that has taken place to date, and as a result our design team has already adjusted the final design," he stated. iStar altered their initial plan for a two-story building, down to one-story.

"Our focus remains on the successful redevelopment of the waterfront, which eluded the city for more than 30 years,"
he said. "Only two short years ago, Asbury Park was on state financial aid. As a result of iStar developments, and the leadership of the city council, Asbury Park no longer requires state assistance."

Residents have formed a coalition known as 'Save Asbury's Waterfront'. An online petition has garnered thousands of signatures.

The next Asbury Park planning board meeting is set for June 24.