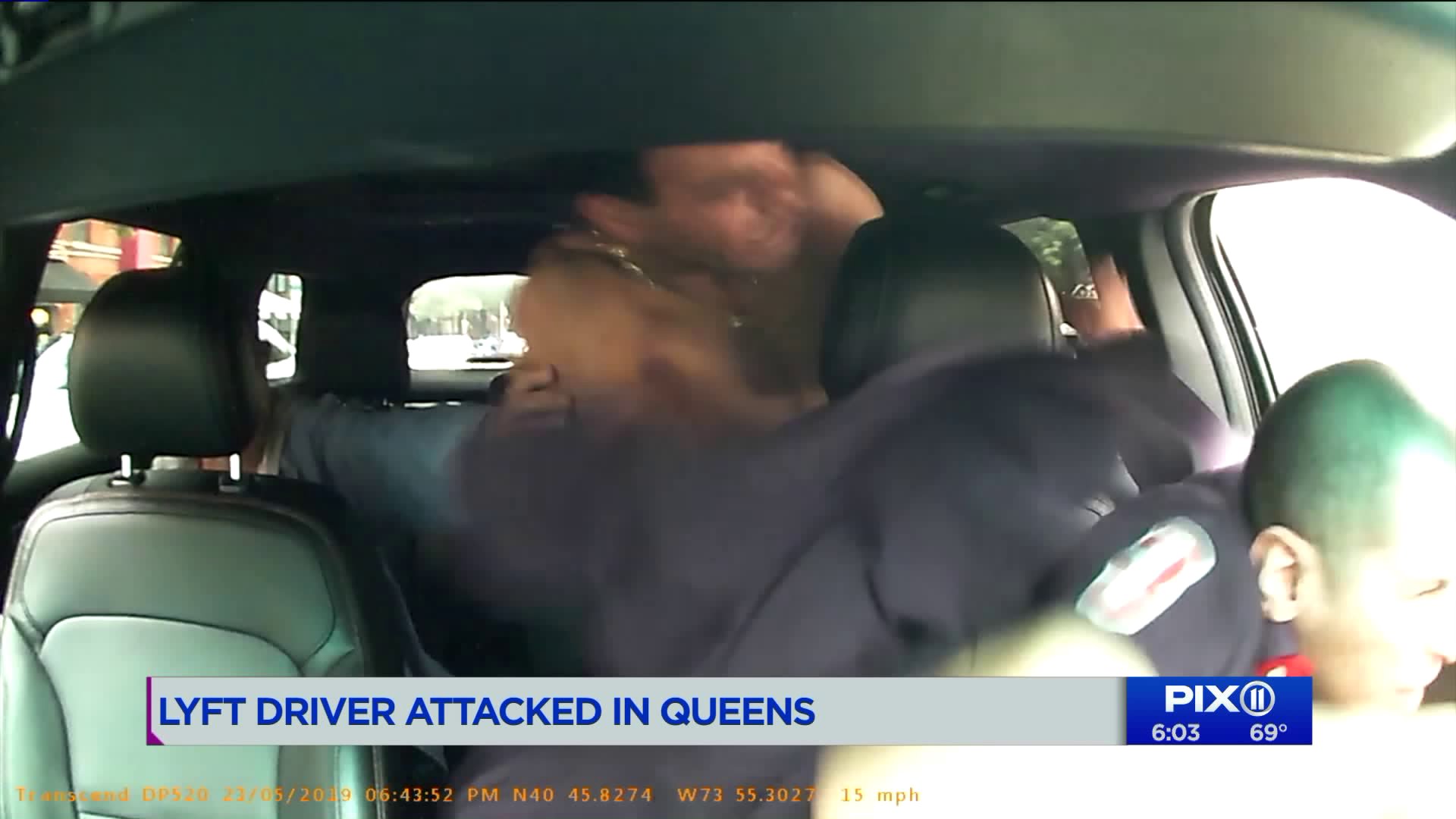 A vicious attack on a Lyft driver was caught on a dash camera. The driver barely managed to pull over safely as he was being pummeled during evening rush-hour traffic. Now the NYPD needs your help to catch the culprit. 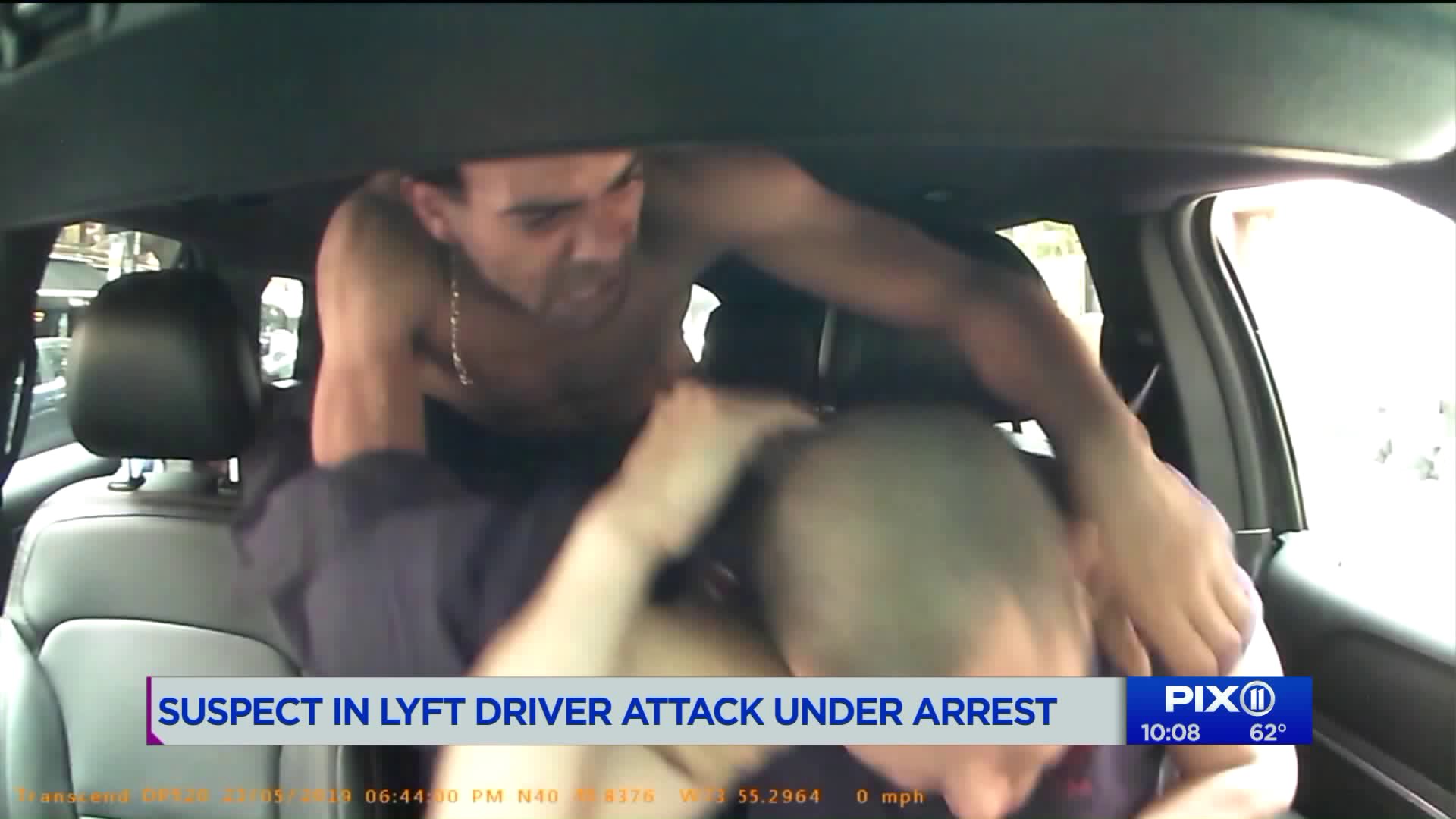 ASTORIA, Queens — The man allegedly caught on a dash camera pummeling his Lyft driver in Queens last week turned himself in to authorities Thursday morning.

George Catalano, 36, is charged with assault and reckless endangerment.

It all happened around 6 p.m. Thursday, May 23, at the end of a strange ride where driver Eduardo Madiedo had just picked up a mother and her adult son to go to Mount Saint Hospital in Queens. The son was clearly in some sort of distress laying on his mother’s lap and moaning.

Madiedo told PIX11 News he was so focused on the road, he missed the red flag of the son pulling off his jacket revealing no shirt underneath. When traffic outside got bad, things inside the car got a lot worse.

“He was being vulgar with me, and cursing at me,” Madiedo said.

“Excuse me man, if you’re going to be disrespectful, I’ll just pull over right now," Madiedo can be heard saying on the video.

He was immediately punched repeatedly by the suspect

Madiedo told PIX11 News he had just one thing on his mind as he was beaten.

Madiedo managed to do just that, but not without suffering one final insult and attack.

“I was just looking to make sure he left and I guess he saw me looking and turned around,” he said. “He called me a bunch of racial slurs, a Mexican and go back to my country, and since my window was open, he swung at me again.”

Madiedo, who’s been a rideshare driver for three years, got the camera not to try and capture wrongdoing, but to discourage it. Now he is not sure he’ll ever drive for Lyft again.

Lyft said it is cooperating with the NYPD and booted the mother of the suspect off the app.