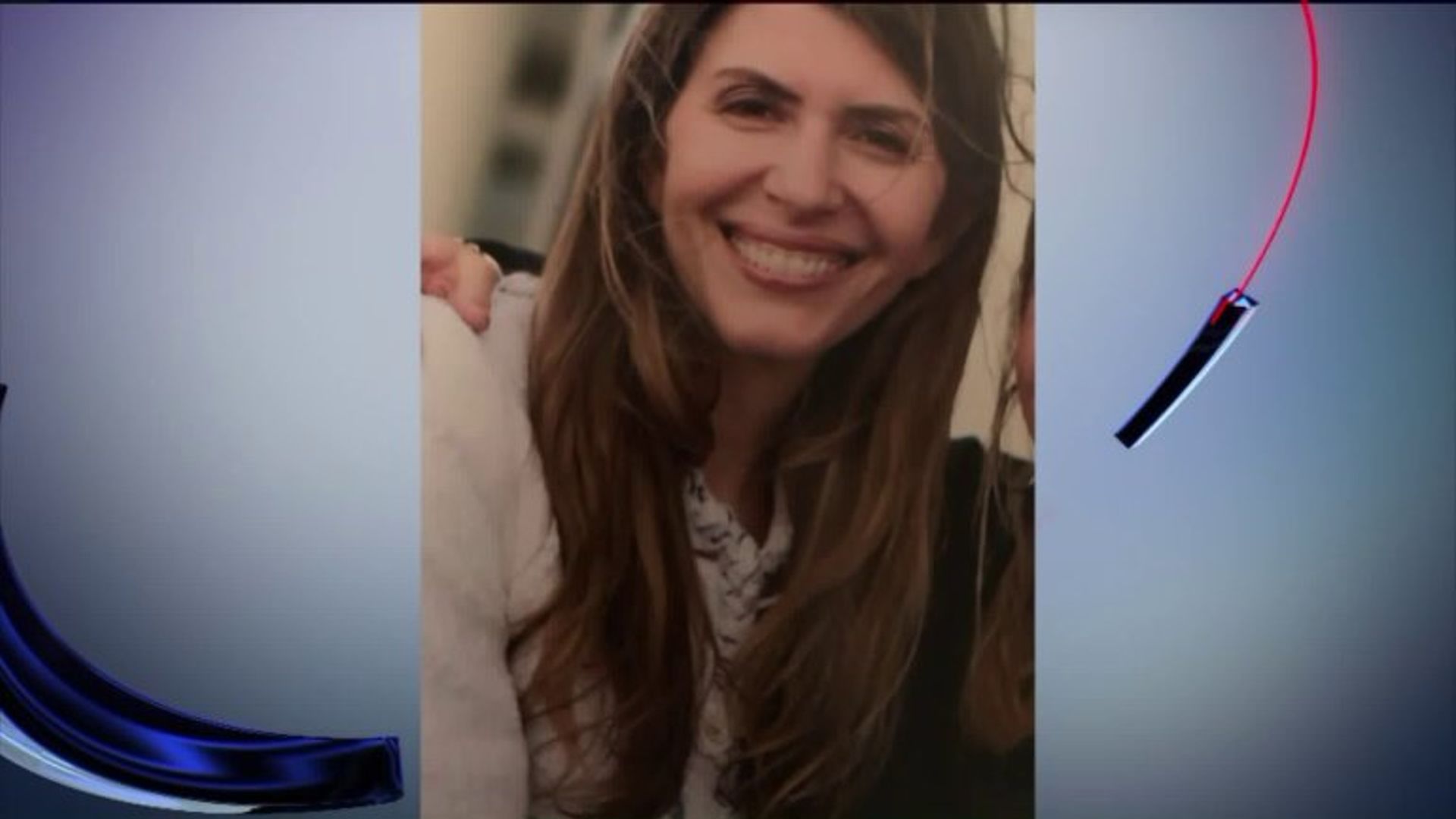 Authorities are investigating the disappearance of Jennifer Dulos, a mother of five from Connecticut. A criminal investigation is underway to see if any foul play was involved. PIX11`s Katie Corrado has the latest.

A criminal investigation is underway for the report of a missing Connecticut mom, police announced.

Jennifer Dulos, a mother of five children, was last seen driving a black 2017 Chevrolet Suburban in New Canaan on Friday.

Now, along with local authorities, the Connecticut State Police Major Crimes Unit is investigating her disappearance. Police have released little about the investigation, but documents reviewed by PIX11's sister station FOX61 show Jennifer was in the middle of a years-long custody battle with her estranged husband, Fotis Dulos. She filed for divorce in 2017 after 13 years of marriage.

"On May 24, 2019, at approximately 6:59 PM, the New Canaan Police received a report of a missing person.  The missing person was identified as Jennifer Dulos, age 50, a New Canaan resident and mother of five children.  The individuals reporting Jennifer as missing are both friends and indicated that they had not heard from her for approximately ten hours, and she had missed several appointments during the day.  The last time one of the friends had contact with Jennifer was earlier in the day after Jennifer had dropped her children off at school.  Jennifer was believed to be driving her 2017 black Chevy Suburban at the time she dropped off the children at school.  At no time were the five Dulos’ children missing.  Additionally, the children are safe and with family.

New Canaan Police checked the residence of Jennifer after the initial call came in that she was missing.  No contact was made with Jennifer at the residence, and her 2017 black Chevy Suburban was not located at her residence.  A short time later an officer located Jennifer’s 2017 black Chevy Suburban on Lapham Road near Waveny Park.  Jennifer was not inside the vehicle.   K-9 units from surrounding law enforcement agencies checked the area for Jennifer but were not successful.  A subsequent Silver Alert was issued for Jennifer.

Since receiving the initial call that Jennifer was missing on May 24, 2019, the New Canaan Police Investigative Section in partnership with the Connecticut State Police Western District Major Crime Squad, with the assistance of Federal Law Enforcement Agencies, worked around the clock to locate Jennifer by exploring all leads and tips. This investigation is being treated as a missing person case, but as with any missing person case, a criminal investigation is being conducted concurrently to determine if Jennifer was the victim foul play or intentional harm.

From May 24, 2019, thru the date of this release, members of the Connecticut State Police Search and Rescue K-9 Unit conducted searches at multiple locations in New Canaan.  Today’s search has been focused on the Waveny Park area in New Canaan.  During the search today of Waveny Park, ground units were assisted by a drone from the Norwalk Police Department and an aviation unit from the New York State Police.  At the time of this release, Jennifer has not been located, and the search is ongoing.  If Jennifer is located, additional information will be provided.

As with any investigation information from the public is critical, and we continue to ask for the public's assistance by using the New Canaan Police Tip Line phone number at 203-594-3544."

A custody hearing for a Guardian Ad Litem, which is an individual the court appoints if the parties are unable to resolve a parenting dispute, was scheduled for Wednesday morning. Fotis, nor Jennifer’s lawyer responded to a request for comment.

Fotis and Jennifer are listed as co-owners of a Farmington home on a private drive, which is now up for sale.

Fotis Dulos was facing a number of lawsuits in connection with the construction of a home and a protracted custody battle that began on two years ago and is still not resolved, according to court documents.

The New Canaan Police Department is asking anyone with information to contact them.

Statement from the Family and Friends of Jennifer Farber Dulos:

Since learning of the disappearance of Jennifer Farber Dulos, our beloved daughter, mother, sister, cousin, aunt, and friend, we have been heartbroken; at the same time, we are moved and inspired by the support, assistance, concern, and love extended by so many.

We remain hopeful that Jennifer will be found soon, and we urge anyone with information, however seemingly insignificant, to call the New Canaan Police Tip Line at 203-594-3544. Jennifer was last seen in New Canaan, the morning of Friday, May 24, 2019, operating a black 2017 Chevy Suburban. Jennifer is 50 years of age, very slender, 5’7”, with a soft voice, dark brown eyes, and shoulder-length brown hair.

Those who know Jennifer know her to be a devoted mother; an extremely thoughtful, reliable, and organized woman; and attest that she would never, ever, disappear when she is responsible for the lives of five loving and energetic children. Jennifer is gentle, kind, intelligent, and funny, and above all she prioritizes the health and happiness of her children. She and the children have been embraced by the New Canaan Country School community, where they have made good friends and are active in athletics and arts.

Before living in New Canaan, Jennifer and her family resided in Farmington, where she was a beloved class parent among the Renbrook School community. We are touched by the outpouring of support from friends and colleagues in Farmington, Avon, and West Hartford.

We express our sincere thanks to the law enforcement officers in both New Canaan and the Connecticut State Police. We are also deeply grateful to the New Canaan Country School for their incredible outpouring of support and care during this extremely difficult time.

Please join us in seeking Jennifer’s safe return as soon as possible. Again, do not hesitate to share any information, however small, with the New Canaan Police Tip Line at 203-594-3544.

The Family and Friends of Jennifer Farber Dulos