Will electric scooters be legal on the streets of New York? 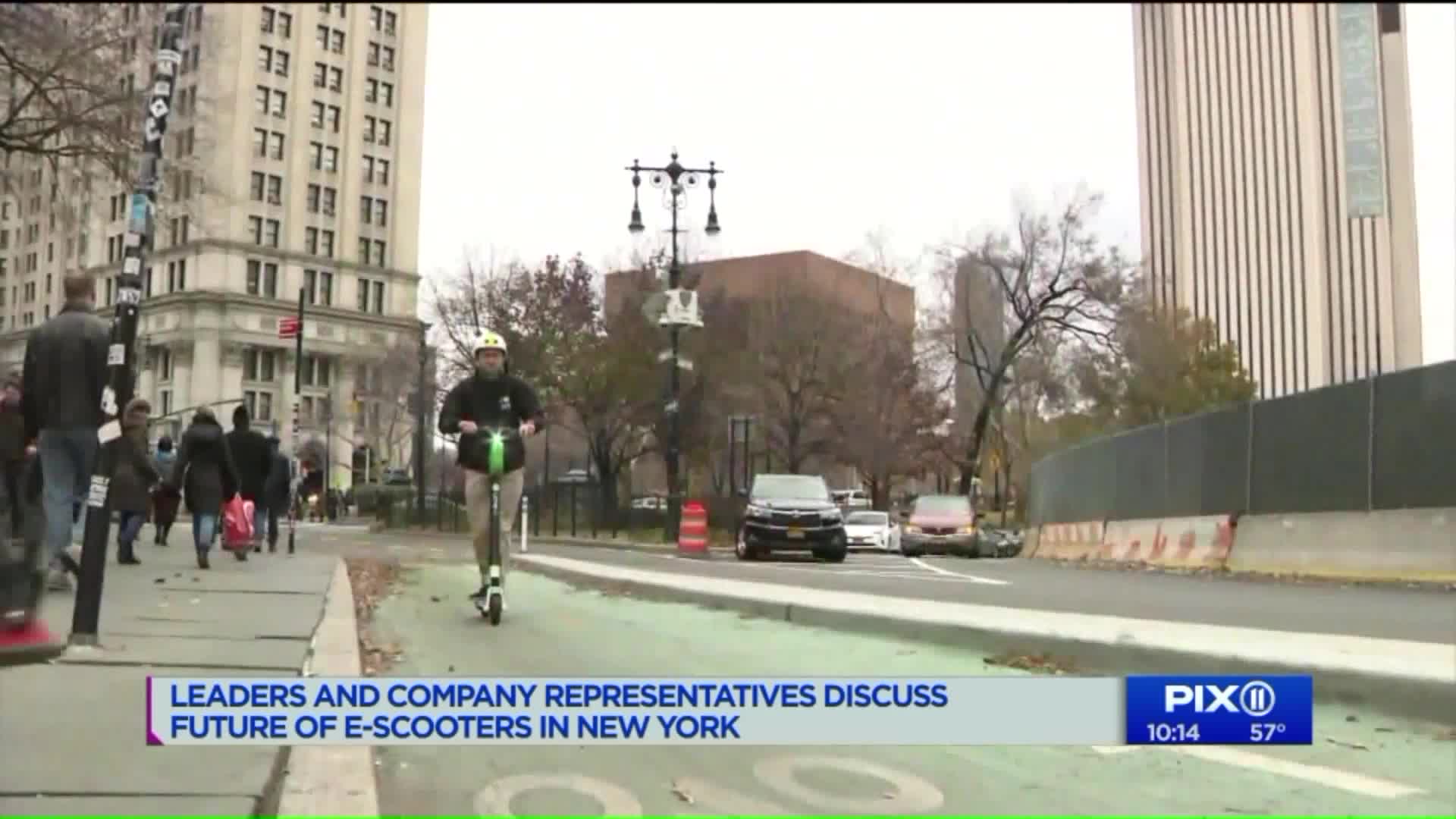 What will the future look like for e-scooters in the city?

100 cities across the globe, including Los Angeles, D.C. and Paris, allow electric scooters on their roads.

New Jersey, with the signature of its Governor on a legislative bill, allowed them at the beginning of May.

In New York, electric scooters have been the focus of conversations and demonstrations.

To allow them (technically) on New York's roads, the state would have to legalize them.

It's currently assigned to a committee. Some reports have said there will be a hearing on June 7. The current session is set to conclude in mid-June.

Some elected leaders in New York have been quoted as saying scooters don't fit in a place with many cars, bikes and pedestrians.

At a town hall Wednesday night, sponsored by WeWork, representatives from ride hail and scooter companies talked about mobility options in the city and building on the transit network.

Panelists said safety concerns have been addressed in other locations and that would be a part of the roll out in New York.

There have been proposals to allow a pilot program of the scooters outside of the central business corridor in Manhattan.

Other cities have worked with companies to work on street designs and to create areas for storage of scooters.

New Yorkers had similar conversations about the arrival of Citi Bike in 2013.

In 2018, a pilot program for dock-less bikes began in specific designated areas of the Bronx, Staten Island and Queens. Those bikes are not locked in a station when the ride is complete.