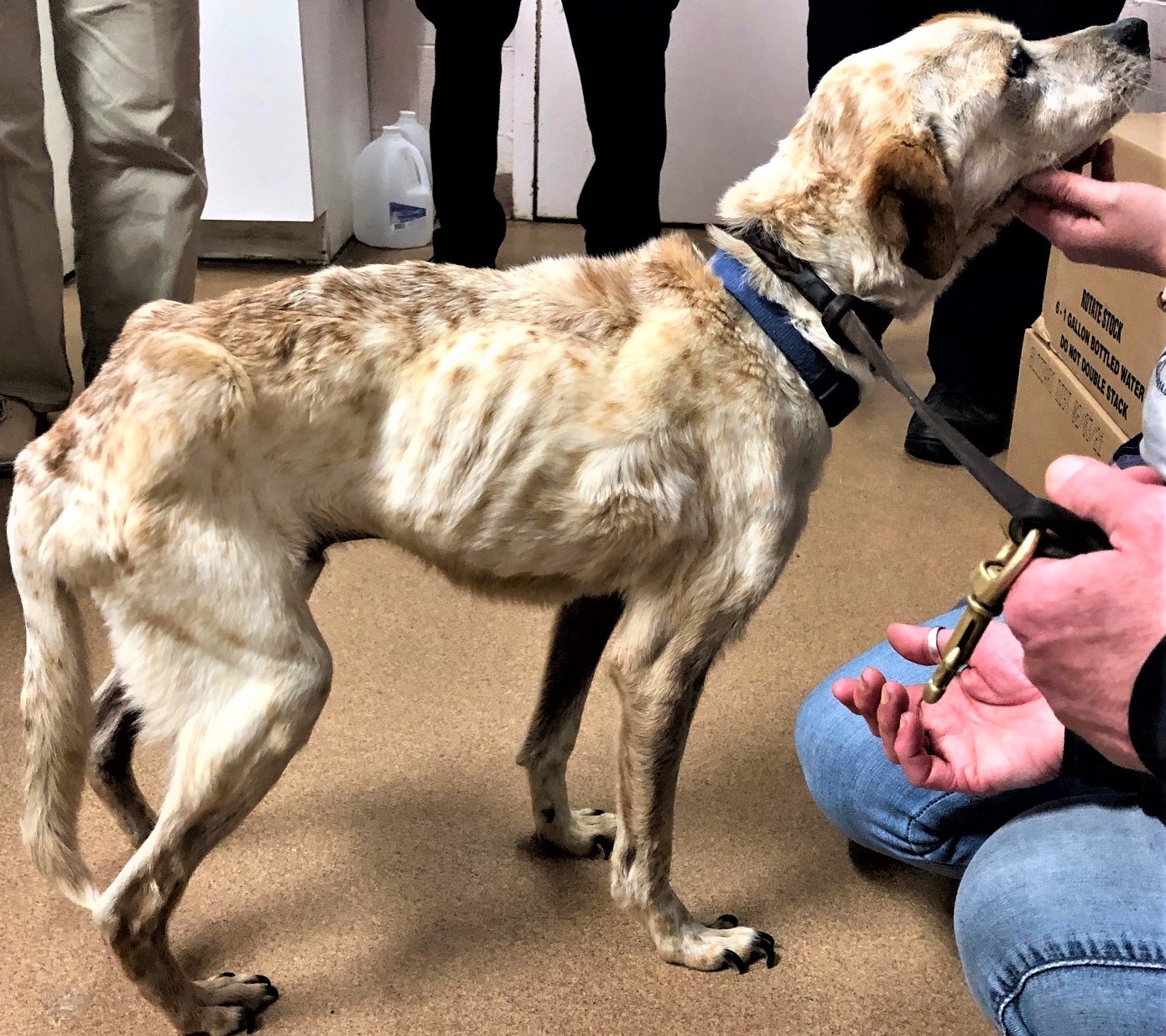 A Mohegan Lake woman was charged with animal cruelty after local officials say her dog was neglected and malnourished.

WARNING: Some images in the above video may be disturbing.

WESTCHESTER —A Mohegan Lake woman was charged with animal cruelty after local officials say her dog was neglected and malnourished.

On May 9, Yorktown police officers responded to a report after an anonymous phone tip. After investigating, they found a senior Australian Cattle dog mix who was emaciated and dehydrated.

The dog, who has been renamed Boomer, was taken to the SPCA of Westchester’s Simpson Clinic to recover. The dog suffered from horrible ear and skin infections, and his ribs and pelvic bones were visibly prominent.  He initially weighed 24 pounds, which is half of what a healthy dog of his size should weigh.

The dog's previous owner, Michelle DiGennaro, was arrested on May 22, according to the SPCA of Westchester,

A spokesperson for the Westchester County District Attorney's Office told PIX11 News DiGennaro was issued a desk appearance ticket. She is due in local court on June 20, where she will be arraigned on the misdemeanor charge of animal cruelty.

As for Boomer, he is healing, gaining weight and being cared for in a foster home.