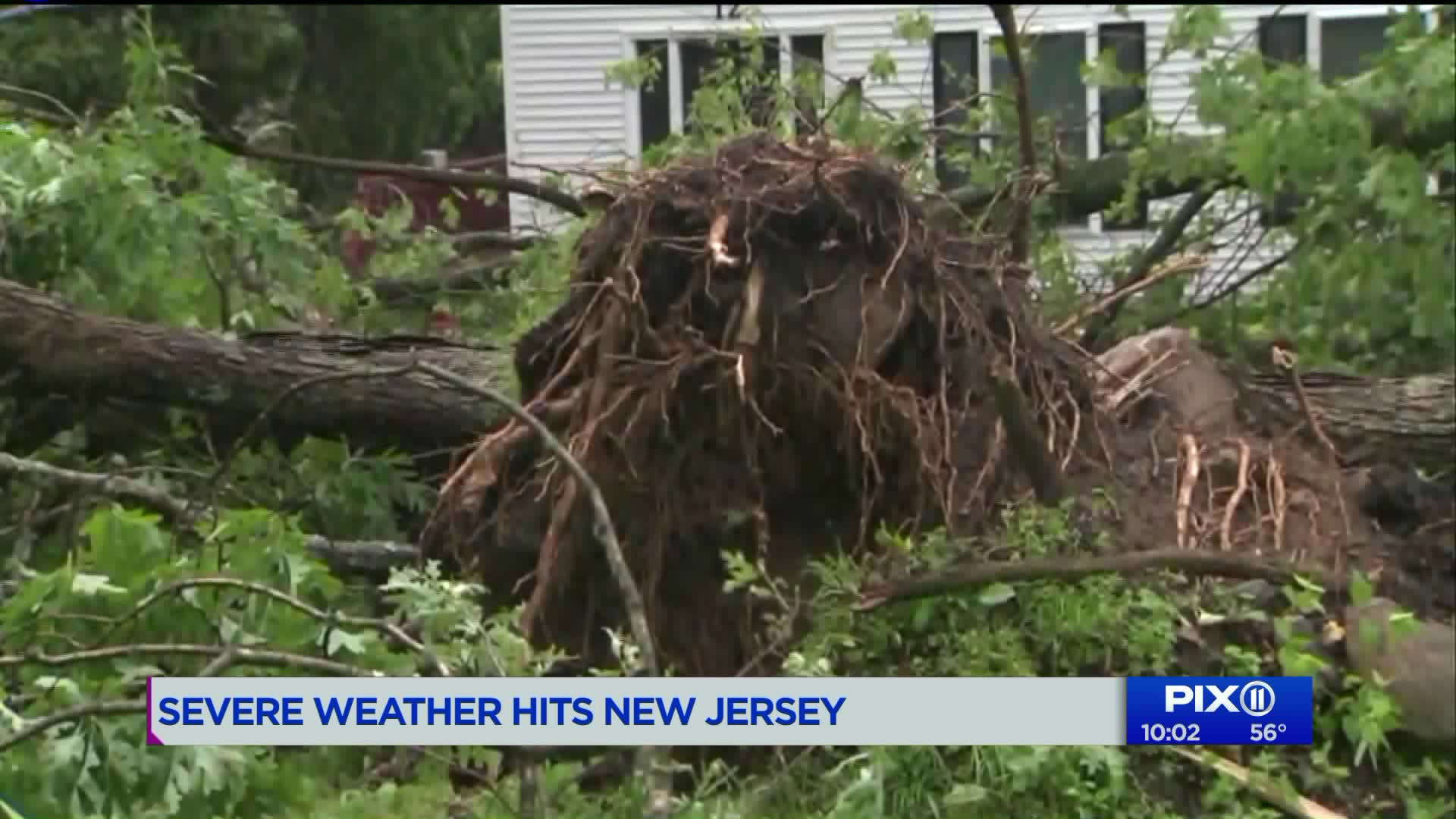 Thousands were without power. Streets were flooded. Trees crashed down onto homes and cars. 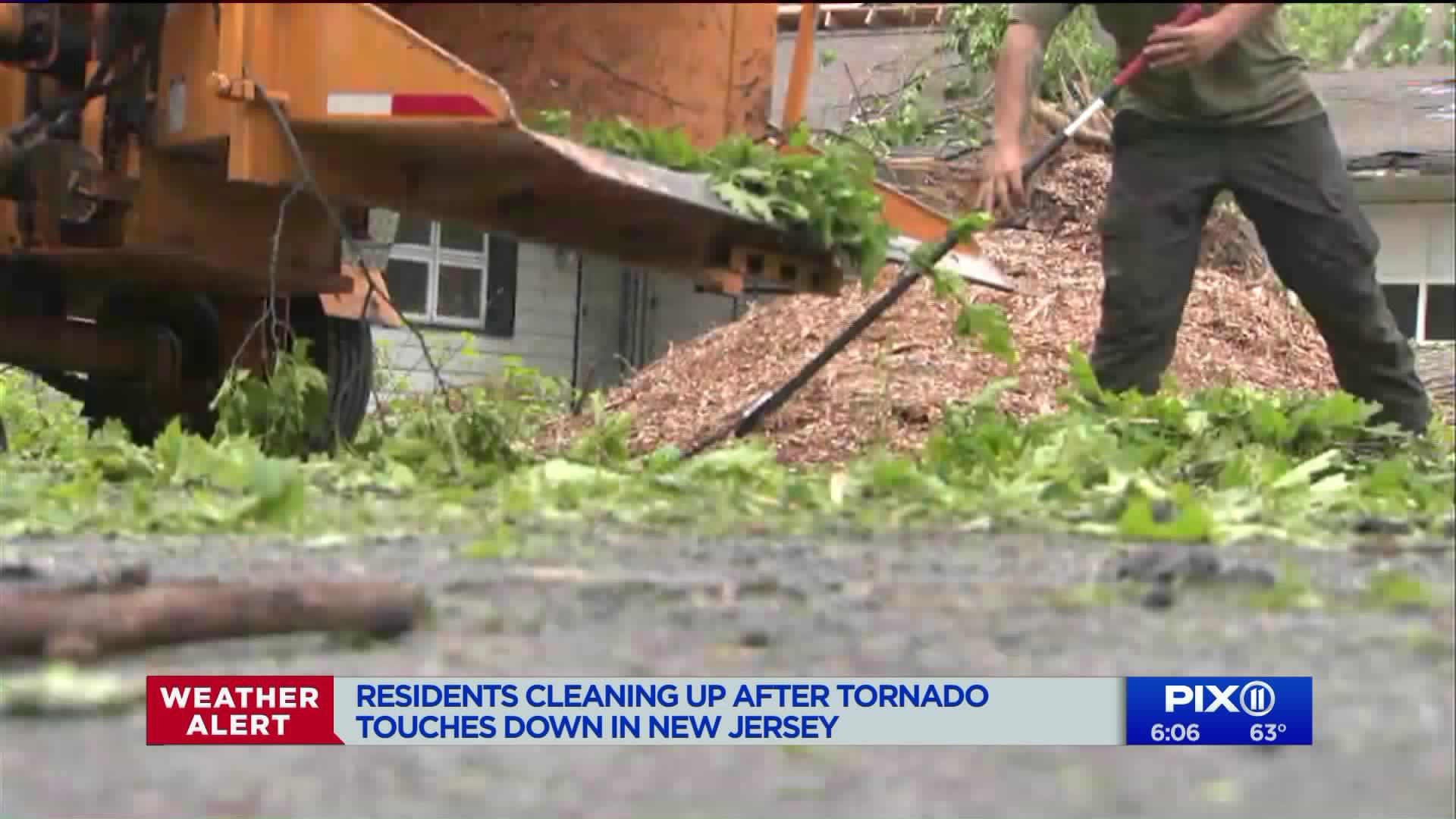 STANHOPE, N.J. -- Wednesday evening's thunderstorms put a damper on efforts by some work crews and families to clean up after the tornado that had blown through the area Tuesday night.

It left dozens of homes damaged and hundreds of trees shattered or down. Even though Wednesday evening's flash flooding slowed down tree removal and electricity restoration, it did not extinguish residents' drive to get conditions back to normal in the wake of the shock the twister had given them.

People in the neighborhood straddling the Stanhope-Hopatcong Heights town line woke up Tuesday morning unable to leave their community because the canopy of trees that runs through the neighborhood was largely on the ground.

The National Weather Service confirmed mid-afternoon that an EF-1 tornado had struck. The EF-1 category is the second highest of six levels of severity. Winds reached 100 miles an hour, the NWS said, and the storm was 350 yards wide.

Noting that kind of intensity, is why Karen Borgia said she is grateful, and that the storm didn't have a worse effect. Her elementary school-age son, Johnny, was supposed to be in bed when the storm hit around 8:30 p.m. Tuesday night, but he'd been running late for bedtime.

A banquet at nearby Lenape Valley High School was cut short Tuesday night when about a dozen trees came down, along with power lines. As bad as it was, nobody was hurt, there -- or anywhere near the path of the tornado.

The high school is about a half mile away from where the twister struck. Its path was about a quarter-mile long, and Fred and Maureen Dennhardt's home is right in the center of that path.

PIX11 News observed that the tornado just barely missed the Dennhardts' home. If it had shifted even 50 feet over, Fred Dennhardt said, "My house would be over in my neighbor's back yard right now."

Three houses over from the Dennhardts is the Costanza Family's home. It had a 65-foot tall tree blow onto it, collapsing part of the roof, and completely crushing one of the family's cars. Still, the family of eight says they're lucky.

"We had a house fire a year and a half ago and lost everything," Michelle Costanza told PIX11 News. "We rebuilt the whole thing, and had just been back in it eight months, when this happens."

She pointed out that it could have been much worse. Still, power may not be back on for everyone in the neighborhood for up to five days, some residents said they'd been told by utility workers. Residents also said they faced additional challenges related to getting power restored and trees removed.

"Our electric line also got torn out," said resident Lisa Cann. She said that underwriters told her that "if it was high winds, it would be covered through the insurance," but with the situation having been determined to have been a tornado, she said that re-establishing an electric line would have to come out of her family's pocketbook.

The expense, she said, will be in addition to the cost of tree removal at her house. Most homes' insurance policies cover tree removal, but the deductible can be high.

"Instead of trying to help, and work with everybody," Cann said about some of the tree removal companies from which she'd gotten estimates, "they're trying to suck money out of everybody."

School was out of session at Lenape Valley Regional High School on Wednesday to allow for cleanup and restoration of power. On Wednesday evening, the school apparently had no phone service with which to check to see if classes would be back in session on Thursday.