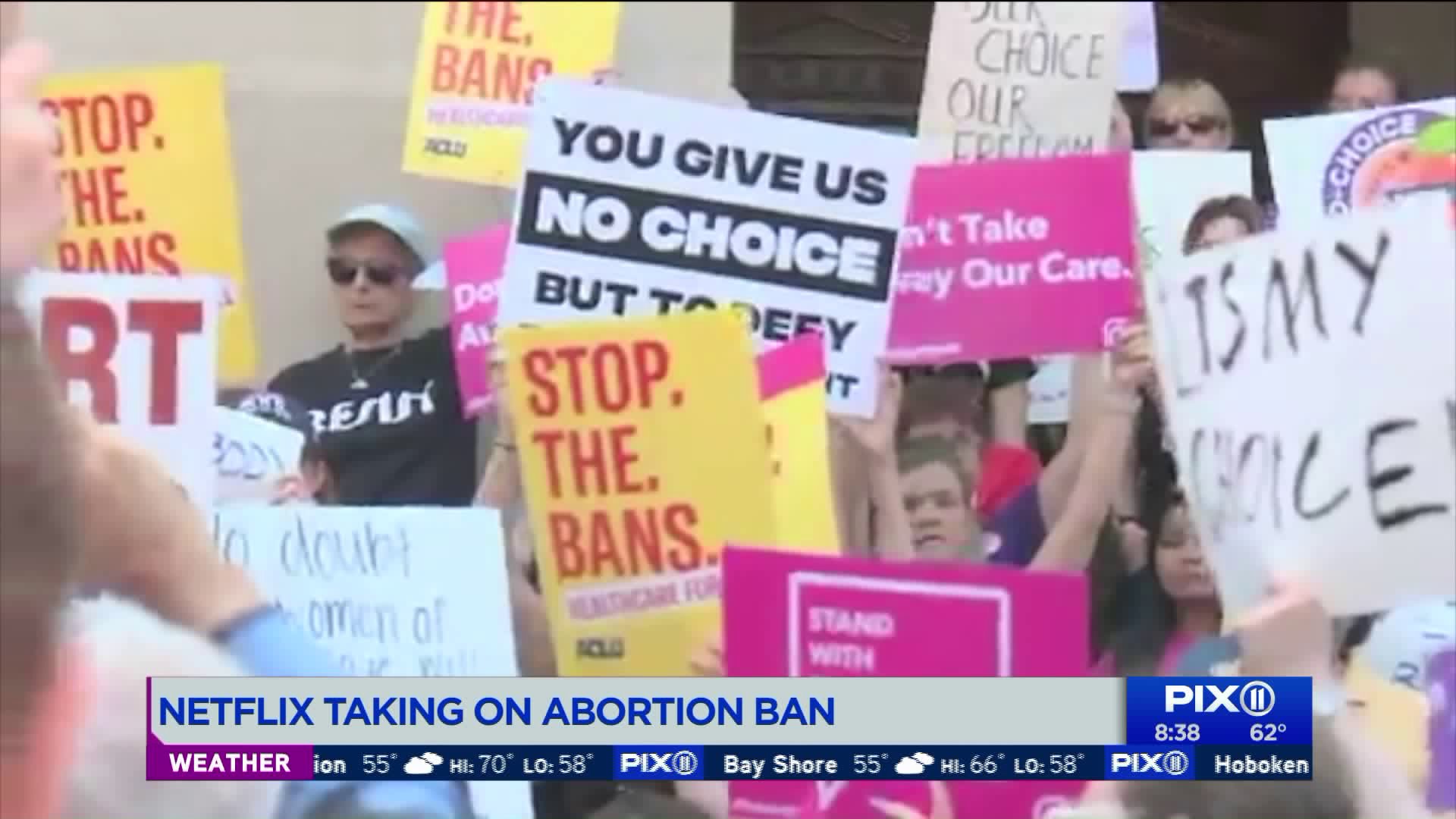 So far actors and production companies have been the most vocal about a controversial Georgia anti-abortion law, but now Netflix has entered the conversation. In an exclusive statement to Variety, Ted Sarandos, Netflix`s chief content officer, said "We have many women working on productions in Georgia, whose rights, along with millions of others, will be severely restricted by this law."

So far actors and production companies have been the most vocal about a controversial Georgia anti-abortion law, but now Netflix has entered the conversation.

In an exclusive statement to Variety, Ted Sarandos, Netflix's chief content officer, said "We have many women working on productions in Georgia, whose rights, along with millions of others, will be severely restricted by this law."

"It's why we will work with the ACLU and others to fight it in court. Given the legislation has not yet been implemented, we'll continue to film there, while also supporting partners and artists who choose not to," Sarandos said. "Should it ever come into effect, we'd rethink our entire investment in Georgia."

There has been a growing movement for Hollywood to boycott Georgia in the wake of the controversial legislation.

Georgia Gov. Brian Kemp signed the bill into law on May 7. The measure, set to go into effect January 1, would ban abortions after a fetal heartbeat can be detected, which can be as early as six weeks into pregnancy.

The backlash has included high-profile stars like Kristen Wiig whose rep confirmed to CNN last week that her new comedy with Annie Mumolo, "Barb and Star Go to Vista Del Mar," would not be filming in the state in light of the legislation.

Executive producers for "The Power," an Amazon show by Sister Pictures, recently said the creators of the series decided not to scout for filming locations in Georgia.

Executive producers Jane Featherstone and Naomi De Pear said that decision was "a direct response to the signing."

"We feel we have to stand up for a woman's right to choose what happens to her body, and so while this is not a decision we have taken lightly, we feel strongly that it is the right one at this point in time," they said.

They joined others including Christine Vachon, chief executive officer of Killer Films; David Simon, creator of "The Wire" and "The Deuce" who heads Blown Deadline Productions; and Mark Duplass of Duplass Brothers Productions -- who have all come out in opposition to the new law and said they will not film in Georgia.

The state has actively courted the film and TV industry, passing a 30% tax credit in 2008 for productions shot in Georgia.

That has helped the state lure multiple television shows and blockbuster films, including one of Marvel's biggest hits, "Black Panther," for shoots.

Pulling such productions would have an impact on both Georgia's economy and those who work in the industry.

While some in Hollywood have called for an immediate boycott, others have taken a different approach.

Filmmakers J.J. Abrams and Jordan Peele released a joint statement stating they'd stand "shoulder to shoulder with the women of Georgia" as their new show "Lovecraft Country" begins shooting in the state. They promised to donate 100% of their episodic fees to the ACLU of Georgia and Fair Fight Georgia, an election-reform organization.

"A woman's right to make choices about her own body is fundamental to her personal and professional wellbeing," Kirsten Schaffer, executive director of the nonprofit group Women in Film, told Variety. "We support people who make the choice not to take their production to Georgia or take a job in Georgia because of the draconian anti-choice law."