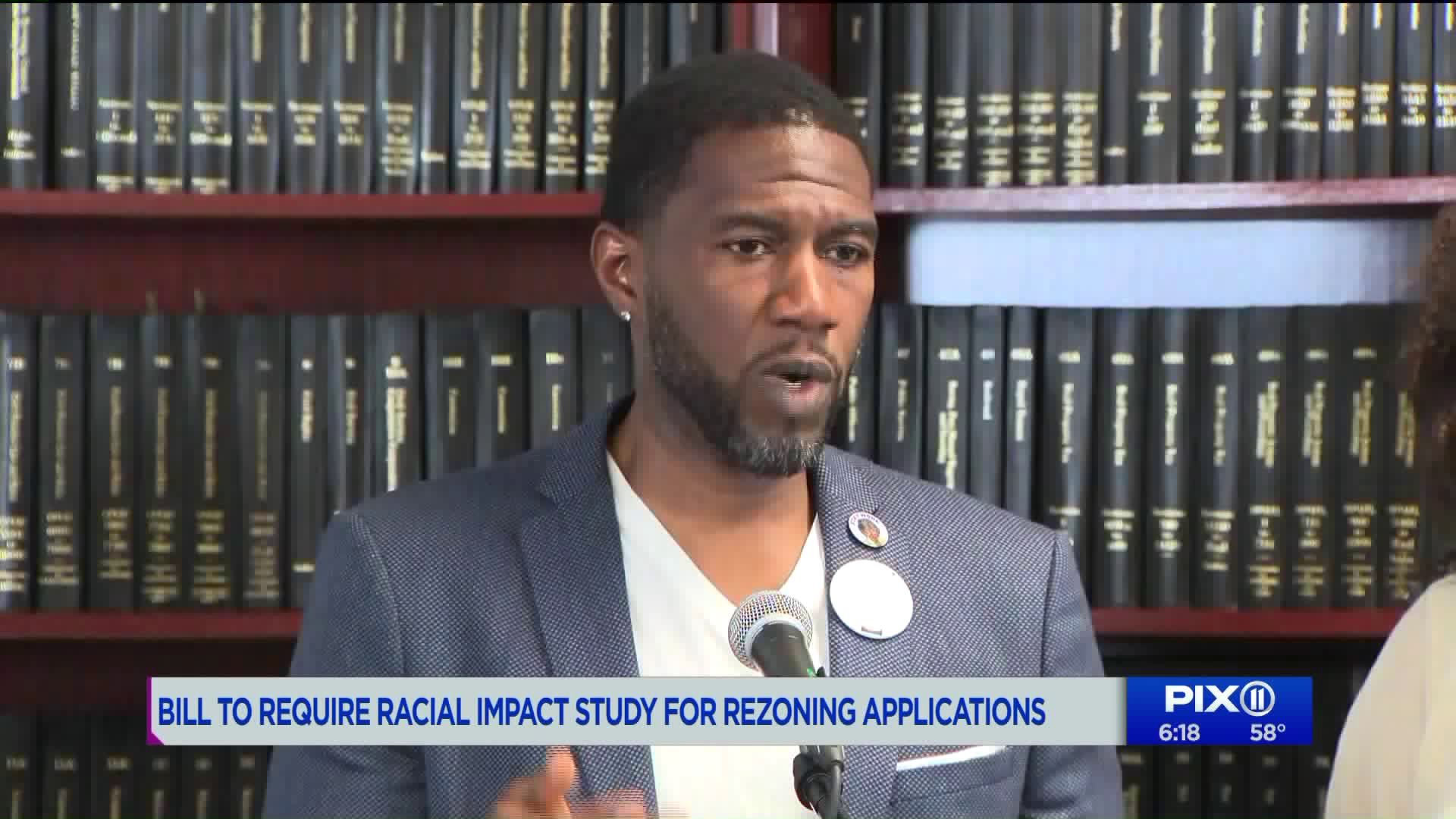 Communities in all five boroughs are grappling with gentrification. Public Advocate Jumaane WIlliams introduced legislation Wednesday to help ensure diverse New Yorkers can stay in their neighborhoods. The law would require a racial impact study to be commissioned before the city can approve a rezoning application.

The law would require a racial impact study to be commissioned before the city can approve a rezoning application.

“We want to know what will happen to the communities that are there based along racial lines if the re-zoning goes through,” Williams explained.

Further details of the plan will be discussed during hearings in the upcoming months.

During a press conference, Williams told PIX11 he has not consulted with experts from the real estate industry on the proposal but said their voices will be considered in upcoming hearings.